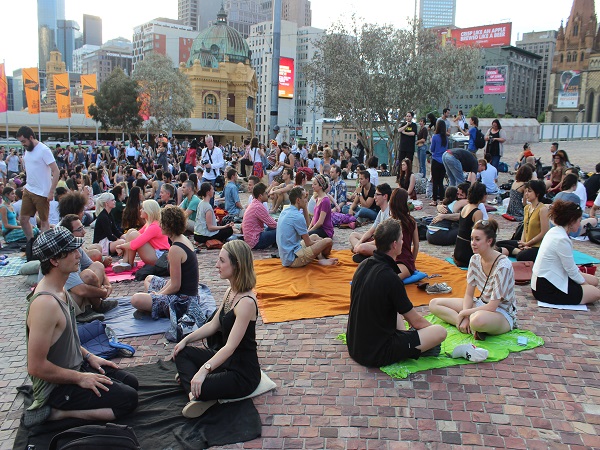 More than 140,000 people in over 140 cities around the world took part in The World’s Biggest Eye Contact Experiment on Thursday.

The event was organised by The Liberators International, a group whose aim is to “involve people in participatory acts of freedom that allow us to see that beyond our differences there is love and humanity”.

Complete strangers were encouraged to sit down on mats and pillows in a public square, taking turns staring into each other’s eyes for one minute.

Melbourne was one of many cities to participate in the event, with more than one thousand people gathering in Federation Square.

The proceedings began at 5pm, and continued until the sun had set.

The scene was joyous and serene, as people from all walks of life held eye gaze with complete strangers.

The organisers of the event had the aim of answering one simple question: Where has the human connection gone?

Hugs were widespread, tears were shed, and laughter was heard throughout.

Some people found the process somewhat awkward, with many eye gaze sessions interrupted by nervous laughter.

However, this was to be expected, given the ingrained constructs of social order suggest prolonged eye contact to be something of a taboo.

Liat, 41, is a seasoned eye gazer, who has been participating in what she labels as a spiritual practice for years.

“Eye gazing or transfiguration is a form of active meditation where you concentrate on the other person’s eye,” she tells upstart.

“It’s really about centering in on your own space and finding a connection point with someone else.”

As the old cliché goes, the eyes are a window to the soul, but Liat believes this isn’t always the case.

“They can be [a window to the soul], although it depends how open a person is, some people are very closed,” she says.

Eye gazing can be a confronting experience for some, although Liat believes this is a natural reaction.

“With eye gazing, you’re actually being seen, you’re not just looking at somebody,” she says.

Liat believes that while eye gazing is useful as a meditative and tantric practice, it can also promote feelings of piece and harmony.

“If people spent five minutes eye gazing a day, then there’d be no war in the world, it would be impossible to start a war with someone after you’ve gazed into their eyes for so long.”

Liat says that eye gazing has helped her grow as a person.

“It’s helped me to relax into myself, to become more centred, and it’s helped my heart space open, and my heart was closed for a very long time,” she says.

“It’s an incredible way of reconnecting with yourself because you reflect yourself in the person you’re looking at, and sometimes you see things that aren’t always nice.”

The public event had no restrictions, as men, women and children of all races and creeds went along to participate.

An organiser of the experiment tells upstart that the aim was to promote a feeling of “oneness”.

There was a sense of elation among the crowd. It was difficult to spot a discontent face in the midst of participants and intrigued onlookers.

Toby, 30, who is from London, tells upstart that he often spends time staring into friends’ eyes for up to 20 minutes.

“I often try to look people in the eyes and you see people become a bit nervous and look away when you do that. People don’t make that much eye contact these days,” he says.

“It gives you a real insight into the other person.” 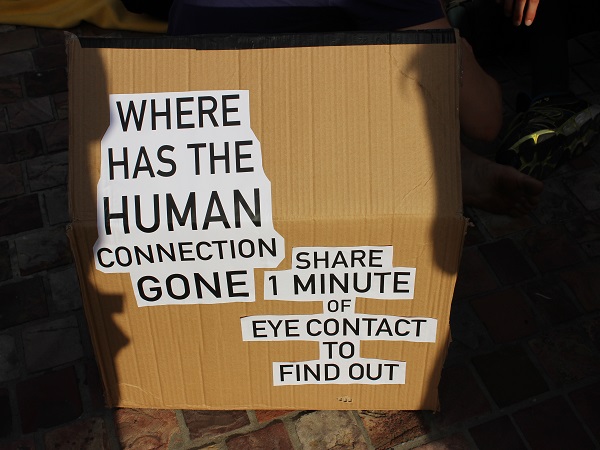 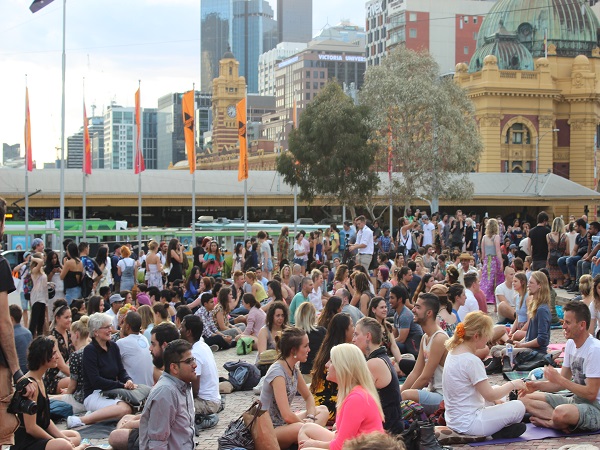 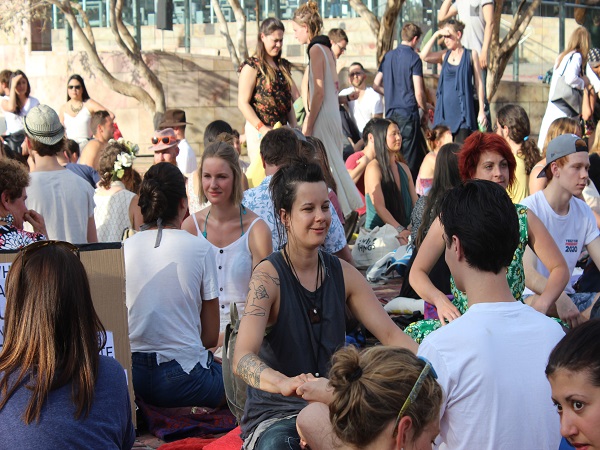 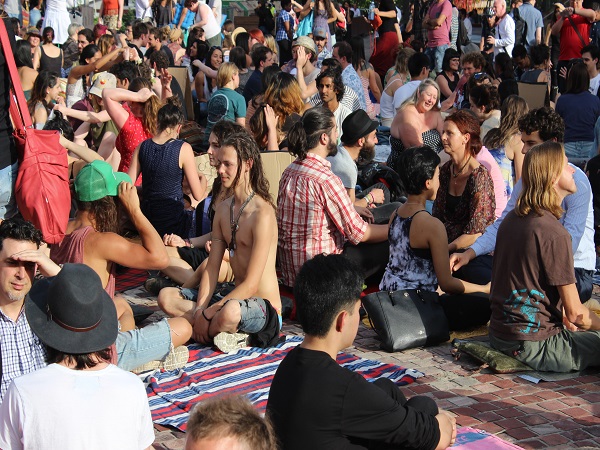 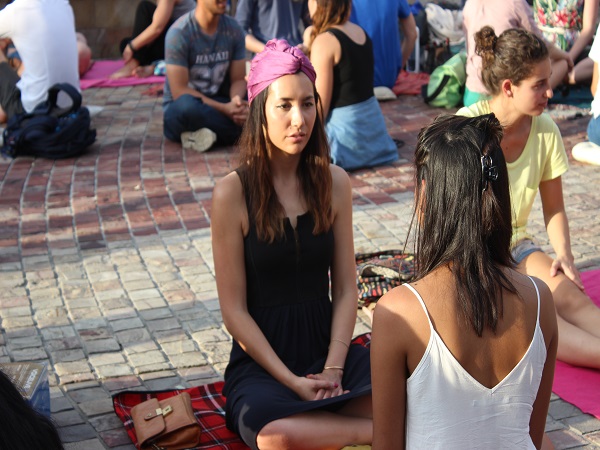 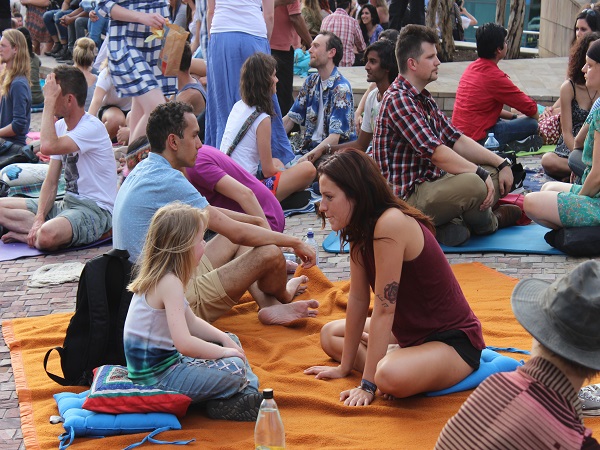