Melbourne is set for 26 days of laughs 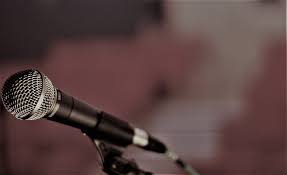 Melbourne’s arts and entertainment culture will be thrust into the spotlight this week as the annual Melbourne International Comedy Festival (MICF) kicks off on Wednesday night.

The festival will see revered Australian comedy duo Colin Lane and Frank Woodley return to the stage, 12 years after they last toured. Their show Fly is a tribute to the Wright brothers and their success in the field of aviation.

“Life’s short – it was always such fun performing with each other, so we thought – why not have fun again?” Lane told the MICF’s website

The duo last performed together in 2016, in a special appearance performance to celebrate the 30th anniversary of Melbourne’s festival, and last toured together in 2006.

The festival officially begins on 28 March with the Opening Night Allstars Supershow hosted by Australian Anne Edmonds at the Palais Theatre in St Kilda.

10 shows at this year’s festival will feature performers who identify as Aboriginal or Torres Strait Islander. Additionally, 116 international shows will take place, including one show to be performed in Cantonese and another in ‘Hinglish’, a combination of Hindi and English.

Tickets for the event can be purchased online, on either the MICF website or Ticketmaster, as well as over the phone and in person at selected venues.