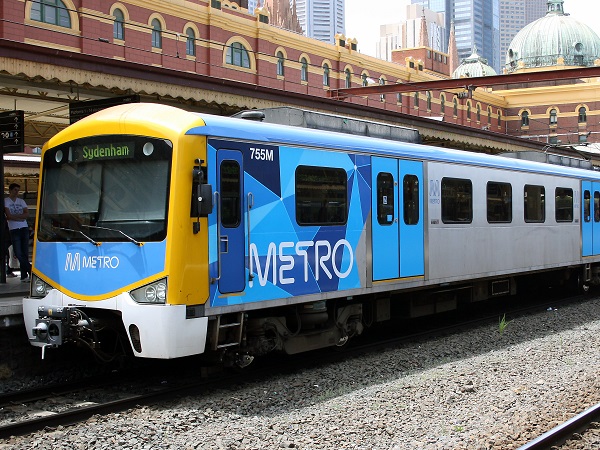 The announcement follows the scrapping of the former government’s East West Link plans. Despite a strong push for public transport upgrades, it has been met with mixed reactions.

Supporters claim it is badly needed and will make room for an extra 37,400 passengers an hour. Others, however, argue that it is not worth the amount of disturbance it will cause to the CBD during construction and that there are more pressing public transport issues that need to be addressed.

Some have referenced the severe disruptions that the CBD experienced during the construction of the current city loop.

Dr John Stone, an expert in transport planning at the University of Melbourne, says disruptions caused by the project could be avoided.

“It depends on how well they plan things,” he tells upstart. “If you do things cleverly, you can minimise the disturbance.”

“The idea that Swanston Street is going to be closed for the whole length of construction time is probably unlikely.”

Dr Stone believes more needs to be done to improve and diversify the public transport system in Melbourne.

“It’s one thing to say we’re going to build this infrastructure for future demand but we’ve seen how governments have fallen at the 2010 and 2014 elections because of transport issues,” he says. “It’s going to have to do more.”

“What we have in Melbourne is a transport crisis,” he says. “We have to be making sure that the public transport system is offering people alternatives for suburban travel.”

According to Dr Stone, there are three things that need to take precedence to the rail project in order to improve the public transport system.

“First is getting our bus system so that it provides support to the rest of the system, both tram and trains, rather than being a ramshackled thing that doesn’t really get anybody anywhere,” he says. “We need to streamline planning for fast, frequent and direct bus routes.”

“These sort of reforms are things that can be done within one term of government.”

Despite dropping plans to cut the number of buses running in Melbourne’s north and west, the Andrews government does not appear to have plans to modify their routes.

“The next thing we need to do is get the trams moving faster. Trams’ current average speed is about 11km an hour in traffic and that means they’re just not competitive,” Dr Stone says.

Melbourne’s trams have come under fire recently for their lagging travel times. On some lines, as many as one in three trams have been running behind punctuality targets. Under these targets, a tram is considered “on time” if it is between one minute early and five minutes late.

The recent increase in tardiness has been attributed to the free tram zone introduced in the CBD, with more passengers increasing loading and unloading time. Traffic congestion is another factor that is affecting tram performance.

The third reform that Dr Stone believes needs to take place is the improvement of railway lines outside the city.

“We need to be thinking about those much earlier than waiting until after the Melbourne Metro is built,” he says.

“Take, for example, the railway line to the airport,” he says. “We’re not planning the airport rail link as anything other than a thing to get people to the airport. It needs to be planned as part of a suburban, regional and national electrified rail system.”

Dr Stone believes the increasing price of fuel will eventually render air travel less economically viable than train travel to regions and interstate. He also suggests that any future development needs to be environmentally sustainable.

Railway extensions to areas such as Doncaster, Altona and Mernda are also needed to reduce traffic in these areas and provide alternative forms of travel to citizens. So why is the state government pushing the Melbourne Metro Rail Project ahead of these smaller, more urgent developments?

“We are competing with other states for federal money for rail projects or public transport projects,” Dr Stone explains.

“The Melbourne Metro is argued as being the thing that’s necessary before we extend these suburban rail lines and that’s because you have to have one thing at the top of your list to be able to go to the federal government for cash.”

With the project not expected to be completed until 2026, it is unlikely that the suburban transport system will receive the reforms it needs anytime soon.