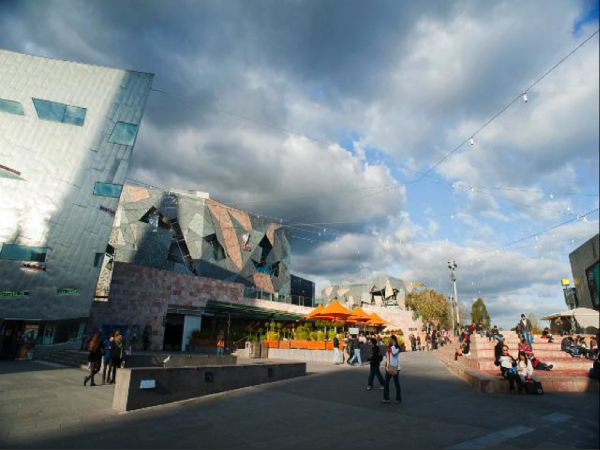 This year, The Melbourne Writers Festival invites a diverse range of guest speakers to engage with their community and celebrate the greatness of writing, reading and thinking.

In its thirteenth year, the MWF boasts its biggest ever line up, with 530 local and international acts.

UNESCO City of Literature runs the annual event in Melbourne over ten days, making use of the city’s arts and cultural hub.

This year’s program is particularly diverse, with a large focus on storytelling, live conversation and discussions, stimulating debates, workshops, performance, music and arts.

Some of the topics that will be covered include: climate change, feminism, politics, religion, next generation voices and writing tips.

Nearly one third of the program is free to the public, making it one of the most accessible events available for people of all ages.

There are no political biases in the official program and it is evident that the writers invited to present have been chosen to satisfy a range of views.

The MWF continues to play an important role in encouraging writers to not only put pen to paper but also to branch out into their communities to facilitate and share ideas.

The ‘30 Under 30 program’ aims to promote the newest generation of young and successful writers to inspire tomorrow’s future talents.

The Schools’ Program was also initiated to encourage children to creatively participate and explore their writing skills through workshops at local museums.

The festival aims to be fun and innovative and to connect individuals together through ideas.

MWF shares an international partnership with Word Alliance. They work together to support writers and celebrate international literature events.

Last year the festival saw over 56,000 attendees and this year they hope to generate an even bigger footprint and more online conversation.

Daria Whay, the festival coordinator for 2015, tells upstart that this year’s festival will be bigger and better than past years.

“It’s a really busy time of the year and everyone in the office feels so excited with the task of getting the festival up and running,” she says.

“It’s the biggest program we have ever had and should be a great event.”

The events will take place at Deakin Edge, The Australian Centre of Moving Image, The Toff in Town, the Northcote Town hall and also branch out to Nunawading and Ballarat.

For thirty years, the organisation has relied on sponsorship from a range of institutions, this year most notably, The Age, Create Victoria and the Melbourne City of Literature.

The MWF is important for Melbourne and has become part of the creative culture that the city has to offer.

Lucille Sadek is a third year student studying strategic communications and journalism. You can follow her twitter here.