Dust storms and flight delays a consequence of the wild weather. 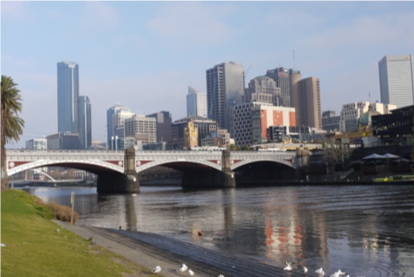 Just as Melburnians thought they’d seen off the summer months and air conditioning bills that come with the warmer weather, the CBD and surrounding suburbs have been hit with an unseasonable hot streak lasting over five days.

Temperatures have risen well above 25 degrees this week, setting another record for the highest average temperature in the month of April.

The wild weather will no doubt be talked about over many a water cooler this morning around workplaces in Melbourne, with sleep presumed to be scarce amongst residents of the CBD, Laverton and Avalon experiencing temperatures of 28 degrees at 5:30 this morning.

“It’s a very unusual thing to occur in April,” he said.

State emergency services were called to the scene of dust storms caused by the winds in Ararat and Ballarat overnight.

The weather anomaly is set to ease over the weekend.

Rain is forecast for part of Friday, with temperatures lowering to 19 degrees on Saturday and Sunday.