News Director at The Age, Michelle Griffin explores the moral role of journalists in society. 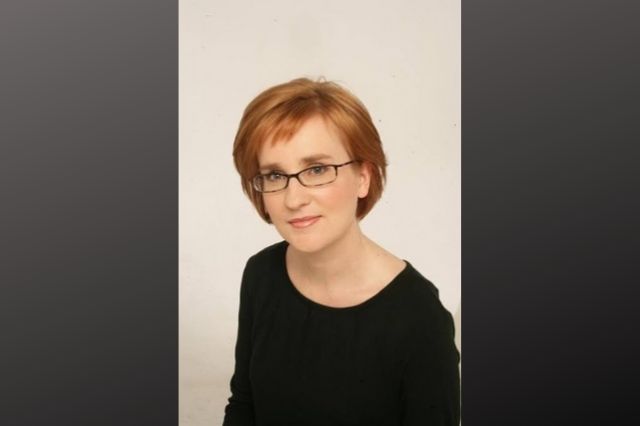 The responsibility of journalists is nothing to sneeze at. As well as keeping the public informed of daily news, high-quality journalism can uncover cases of corruption, unfairness and injustice in our society. In this sense, it forms an integral role as a public service to Australians.

The Age‘s news director, Michelle Griffin, is committed to ensuring journalism’s role in society is held to a high ethical standard.

“The world is full of rubbish, and people who go on what they half-heard, and big, slick corporations and other things that want you to not question anything,” she told upstart. “Journalism is where we take the neutral adult considered view and we examine things. We work very hard to make sure what we say is true and we will show you what we do, and we will own up when we get things wrong.”

“My job is to have a focus prosecuting for The Age and to make sure that our Melbourne and Victorian audiences are served by what we’re telling them.”

Griffin is proud of her paper’s record of independence and truth-telling.

“We seek to tell the truth and to inform rather than to manipulate,” she said. “This is literally spanning from telling you what the weather will be using science, through to simple breaking news about what’s happening in your city at any time through to broader policy and also cultural issues.”

Griffin, who has worked in the industry since the early ‘90s, was appointed news director at The Age in 2017. In simple terms, she directs the news. But what does that look like on a daily basis?

“Then I try to get to work by 8-8.30am. We have a conference at 9am. Then I do whatever needs to be done among multiple things. I have quite a lot of admin in my role as well. There’s another conference at 2.15pm. We’re producing stories throughout the day. I tend to leave about 7.30pm.”

But Griffin is quick to emphasise that each day is different. While the “formal structure” of the day is already laid out, there is never a “typical day”. When you’re responding to, prioritising, and shaping the news, you’re not only incredibly busy, you’re at the mercy of what’s deemed important.

“You have to be open to the fact that your plans will always change,” she said. “Anyone who’s wedded to things staying as they planned it, won’t do very well in this industry.”

Although the high-pressure nature of the newsroom may sound chaotic, Griffin suggests it’s anything but. “Chaos would be people who, when their plans are changed or ruined or challenged, can’t deal with it,” she said. “You have to be able to change your plans but that’s not chaotic. And you need to keep planning. You need to plan for multiple things to happen.”

As news director, Griffin has oversight of the news regardless of the medium – online or print.

“I run the newsroom in terms of talking to all the different areas around the topics, and reporters with news editors under me to help decide the agenda for the week in the news,” she said.

“I’m also the deputy to our overall editor. It means if he’s away, I do his job, and talk with him about what our priorities are. At a macro level it means talking to the online editor about our priorities and working with them and the print editor about where things go and how it should be.”

In this context, Griffin is working to multiple deadlines that range from being immediate and short term, through to long term projects.

Following the Liberal party’s unexpected win in the 2019 Federal Election, the relevance of opinion polls in the news became a topic of discussion at The Age. Despite claims that NewsCorp played a role in influencing the election outcome, Griffin does not subscribe to the idea that people do as the media tells them to.

“I don’t believe in the very old fashioned bullet theory, which is that the media tells people what to do and then they do it. I think you can see that people make up their own minds and that campaigns by any media organisation are not always effective”.

Before working as The Age’s news director, Griffin worked in a number of roles at the organisation including state editor, federal news editor, social affairs editor, and arts editor. Whatever the specialisation though, there are two qualities she believes are vital to journalism.

“Curiosity and paranoia – I’m always curious about everything,” she said. “And paranoia means that you don’t just believe the lines you’re fed, and you also don’t believe you’re right. So you need to be both cautious and checking and probing but you also need to be genuinely curious. Journalism is never boring.”

Throughout the course of her career, which began prior to the emergence of the internet, Griffin has witnessed massive changes to the industry. While the effects of social media on journalism are, as she describes, “alarming”, there are also many new opportunities that social media offers.

“It’s a tool for us to send our news out into the world,” she said. “We have a very active social media department. The other good thing about it is that it can be an opportunity to communicate with readers, and for readers to communicate with us. We have our own Age Facebook group where we get our reporters and editors to have conversations with groups of people.”

Despite the ramifications that technology has had on journalism, there’s one unchanging truth.

“People are still interested in news that is new and sharper and fresher. So, the values about what you chase really haven’t changed that much,” Griffin said.