Two planes collide over a local airport and both pilots survive 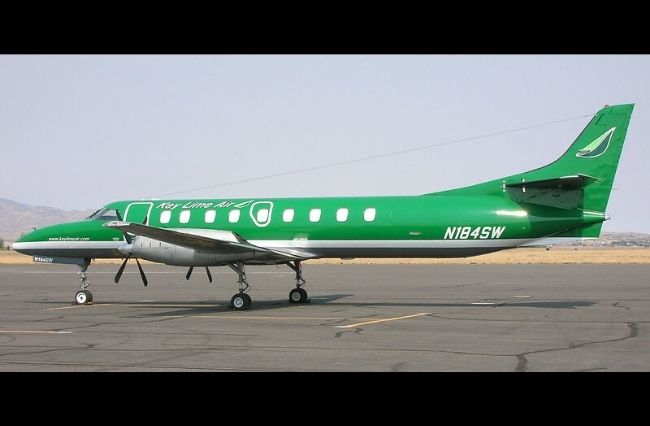 Two aircrafts collided just before landing at a local airport in Colorado, USA as both pilots miraculously survived the incident with no injuries.

One of the airplanes, a Swearingen Metroliner operated by Key Lime Air, safely landed and parked at Denver Centennial airport with substantial damage to the aircraft fuselage. Prior to landing, the pilot declared an emergency and reported to the air traffic controller (ATC) that he had lost the right engine.

The other aircraft was a small, privately owned, Cirrus SR-22 which landed near the airport after the pilot deployed the Cirrus Airframe Parachute System (CAPS). The emergency parachute activated appropriately and both occupants onboard survived with no injuries.

Video sent to us by Alan Rodriguez shows the Cirrus SR-22 that crashed floating down to the ground with help of a parachute. We have new statements from the NTSB, FAA and Key Lime Air in our updated story: https://t.co/euc54B2nJM pic.twitter.com/vfl1DAcOXP

It was reported that the Cirrus aircraft overshot its turn after being instructed by ATC to land on one of the airport’s runways. The light aircraft then collided with the Metroliner and clipped through the top half of the cabin just above the wings and also damaged part of the vertical control surfaces of the aircraft.

Senior Air Safety Investigator John Brannen from National Transportation Safety Board (NTSB) said that they have started the investigation for the accident and will publish a preliminary report in the next 14 days.

“We are working to understand how and why these planes collided. It is so fortunate that no one was injured in this collision,” he said.

Previous mid-air collisions in aviation history have resulted in tragic accidents such as Pacific Southwest Airlines (PSA) Flight 182 over San Diego, California in 1978. Other rare incidents, similar to Aloha Airlines Flight 243 in Hawaii in 1988, show that not all air accidents end in tragedy thanks to the engineering and previous incidents that have led to improved aviation safety.

Photo: Swearingen Metro by Greg Goebal HERE and used under a Creative Commons Attribution. Image has not been modified.