The ABC's Seven Types of Ambiguity, is a compelling dissection of modern middle class life. 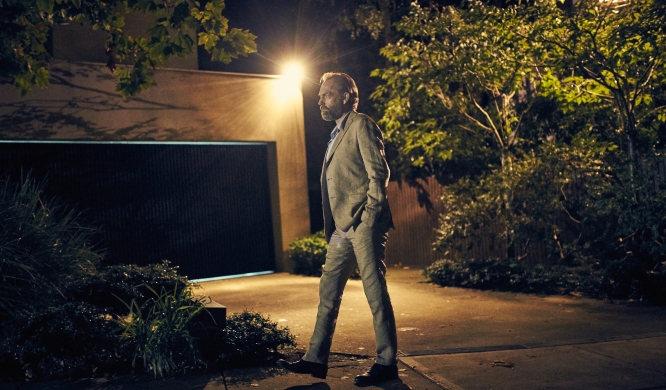 Australian TV drama continues to impress with the highly anticipated ABC TV series Seven Types of Ambiguity, a 6-episode suspense drama based on the page-turning novel of the same name by Elliot Perlman.

It premiered on ABC TV on Thursday 13 April, 8.30pm, screens weekly, and all 6 episodes are available on ABC iview after the broadcast.

Produced by Matchbox pictures, Melbourne’s home-grown, cutting-edge TV production company that also adapted Christos Tsiolkas’ The Slap, and starring the likes of Hugo Weaving, Alex Dimitriades and Susie Porter, this one was bound to be excellent from the get-go.

The series was conceived 6 years ago when Tony Ayres, executive producer and co-founder of Matchbox Pictures, first read the novel.

“It’s this incredibly complicated, intellectual, dense, myriad of things that I couldn’t let go of,” he tells upstart.

“That’s when the journey started.”

“I was reading the book whilst The Slap was showing, thinking this is too similar, we can’t do this but then the more I read the book the more I realised, no, this is actually a very different kind of story.”

Reviewers have already noted the similarities between Seven Types of Ambiguity and The Slap.

Both star Alex Dimitriades in an unflattering machismo-driven role, and both plots are triggered when a kind of violence is inflicted on a child.

They both take a microscope to middle class society revealing its very dysfunctionality, and both explore perspective with each episode retelling core events from a different character’s point of view.

Despite these similarities, Seven Types of Ambiguity is its own wondrous, gripping, nail-biting beast.

As the title suggests, the focus here is on the loss of a guiding moral compass. Actions are shrouded in ambiguity, neither right nor wrong.

The suspense of his whereabouts is cast into relief a short time later when he is found by the police, unharmed. The police also confirm the boys’ kidnappers – Simon (Xavier Samuel) and Angela (Andrea Demetriades) – both of whom, in a startling twist, are known to the boy’s parents.

Because the kidnapper is known from the outset, Seven Types of Ambiguity is pointedly different to others in the genre.

“It’s not so much of a who-dunit as a why-dunit”, Ayres says.

The suspense that drives the series centres on the question of what motivated the two adults, Simon and Angela, to kidnap the boy.

As the narrative unfolds, what emerges is a complicated web of deceit and intrigue in which the handful of adults inhabiting this middle class milieu – all roughly known to each other – carry hidden agendas, raw desires and feelings of grief that lie just beneath the surface.

The episodes’ stunning moments are when this surface cracks and the characters are revealed for who they are: frail human beings with lives held together by the barest of threads.

Hugo Weaving, who plays the troubled kidnapper’s psychiatrist, Alex, believes the show, like the novel, does not compromise in its vision of human nature as flawed.

“The show is like life. We’re all unbelievably complex, contradictory beings and that’s precisely the point of this series,” he tells upstart.

“Everyone hides certain aspects of themselves from other people and presents themselves very well, as much as they can, but is actually hiding all sorts of other things.

The first episode, “Joe”, which is told from Joe’s point of view, is riveting.

Surrounded by his lush, designer home, nestled in a wealthy suburb of leafy-green streets and luxury cars, Joe might appear at the top of his game but by the end of the episode he is a withering mess.

A high-end stock-broker, he is under pressure by a boss who doesn’t even know the name of his wife and child. His business deals are also shady and unethical.

The sterility of his spotless, shiny home is echoed in the chasm between himself and his wife, Anna.

Lying in bed, Anna far out of reach, he wonders “why is this bed so big?”.

Moments after their son is returned to them, their genuine bear hugs of relief give way to bickering, doubt and suspicion. Wealth, in this instance, is no guarantee of happiness.

The second episode, “Alex”, is told from the point of view of the kidnapper’s psychiatrist, Alex, played by Hugo Weaving.

Using flashbacks throughout the episode, we see the line between psychiatrist and patient get crossed as Alex becomes very fond of Simon, almost a younger version of himself.

Looking back, he questions how he failed to see Simon’s criminal intent. While grappling with questions of his professional misjudgement, he is also struggling with the demise of his 20-year marriage.

Weaving is mesmerising as a man whose professional and personal life is falling apart.

Though the characters may not be likeable, this is beside the point. The power of the show is in getting us to understand and empathise with deeply troubled characters.

“If you understand why someone does something – it may be a terrible thing they do – if you put yourself in their shoes and get a sense of why they did it that makes it so much more compelling,” Weaving says.

“It also makes it terrible for the viewer because you’re sort of complicit. You get that, you get why they did that, and you think: my god I might have done that as well.”

Flawlessly adapted for TV, each episode ends on a stunning note – a climax, a cliff-hanger – that captivates the audience.