Mitch Beer’s business nearly collapsed due to COVID-19 border restrictions, but the Albury-based horse trainer wasn’t willing to go down without a fight. 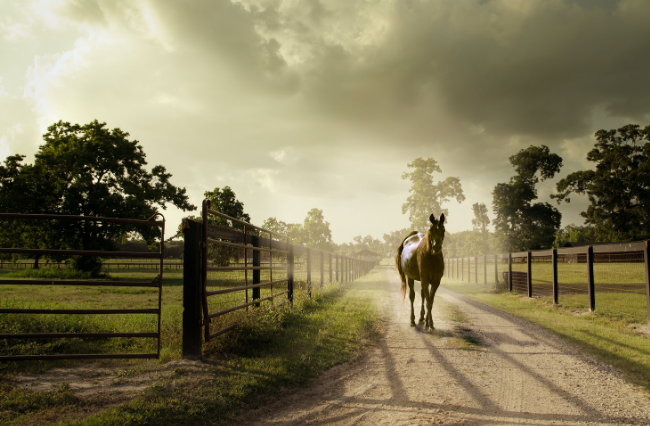 For Albury-based horse trainer Mitch Beer, the last three years have been the most prosperous of his life, rising from an unknown, miserable Mornington trainer to one of country racing’s biggest success stories.

Until recently life was great, winners were aplenty, and business was booming. But like many, the thoroughbred racing industry was entering uncharted territory.

While racing was given the green light to continue under strict COVID-19 protocols in March, Beer’s headache had only just begun. The trainer couldn’t access his usual horse-care services and was forced to change his vet, dentist, and farrier to one who wasn’t from Victoria.

Despite the hardship and changes to daily life, Beer pushed on. He wasn’t going to let financial troubles get in the way of the family-like relationship he shared with his employees, a dedicated group of young people who are willing to rise before dawn for moderate wages and the sound of thundering hooves.

“If we lose 50 or 60 grand, it’s almost pointless to sack two or three staff to save 10 grand,” Beer told upstart.

“It just goes against everything that those kids have done to keep the place going; they’re a great group of young people.”

After adapting to a new way of living, Beer began to see the light, but COVID-19 had other plans. A second wave spread across Victoria, leaving the thoroughbred racing industry in limbo and those situated in border communities at loggerheads with federal and state authorities.

With regional Victoria under stage three restrictions, Racing NSW acted accordingly, banning the transportation of Victorian racehorses into the state. It was a move that left many in the industry shocked.

Beer understood case numbers were climbing, and public health was paramount, but he couldn’t accept Racing NSW’s rulings. The Albury Wodonga region hadn’t had a confirmed case of COVID-19 in 63 days.

“The communication from Racing NSW was extremely poor and that’s what frustrated me. We had zero notice that the horses were going to be stopped,” he said.

“Every other government [announcement] provided 48 hours’ notice that the borders were going to shut but Racing NSW couldn’t send us an email to say, ‘as of midnight, horses won’t be able to travel so make your arrangements now’.”

Beer’s Victorian-based staff didn’t think twice about leaving their families in Wodonga behind, relocating in the space of three hours to ensure that all horses were provided with the care they required.

While Beer’s staff made it to NSW in time, over 20 horses remained stranded at spelling farms in Victoria. As a result, Beer was forced to place a large number of horses in the care of other trainers, a move that could’ve been avoided with notice. Instead, it has now cost him between 60 and $80,000.

He provided Racing NSW with various alternatives but says he never received a “valid” explanation from officials or a report that indicated the transportation of registered racehorses posed a public health threat.

“I put forward a number of scenarios of how the horses could be brought back into NSW, but [Racing NSW] refused to produce the document that stated why the risk was too great,” he said.

“There were no exceptions, no protocols, no communication, no help, and no assistance.”

Hypocrisy was rife, according to Beer, as the transportation of horses across the border had not been entirely banned. The breeding industry was allowed to continue despite the border restrictions, with Broodmares and Weanlings able to reach their required destinations.

“I think there were 18,500 positive COVID-19 cases in Victoria and not one of them was traced back to the transportation of a thoroughbred racehorse,” he said. “That’s a statistic that got lost somewhere in the system.”

Beer continued to fight, saying he couldn’t bear to let down his staff and owners who had stuck by him despite their own personal battles and financial instability.

After weeks of limited progress, the racing media finally covered Beer’s story, a move that brought much-needed attention to the struggles of border trainers and forced Racing NSW to reassess their strict protocols.

“I was pretty vocal about it much to many people’s disappointment, but people needed to know what was going on,” he said. “Until it was reported on, no one understood the situation we were in.”

Fortunately for Beer, his region is slowly returning to normal and the movement of staff and horses is now as easy as filling out paperwork.

While there were periods where the unknown left Beer to question his motives to push on, the support of loyal staff and owners saw him through his greatest challenge to date.

“My business has been great since I moved to Albury and we’ve had a four-month period that’s been tough, but we’ll bounce back from that,” he said.

“When you’re in a s—t time you realise what good you have around you.”

Author: Jackson Frantz is a second-year Bachelor of Media and Communications (Sports Journalism) student at La Trobe University. You can follow him on Twitter @jackson_frantz1

Photo: by Jacob Jolibois on Unsplash