Mohamed Semra shares his experience of running for local elections during a global pandemic. 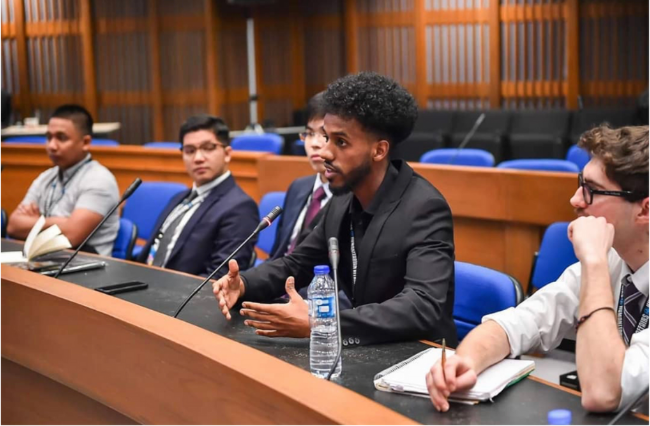 In early July when the State Government forced nine public housing towers across North Melbourne and Flemington into strict quarantine, hundreds of volunteers rushed to provide aid to its residents.

Local non-profit organisations and community members rallied together to assist these families while using social media to build awareness and call for more helpers. Among the many who volunteered was LaTrobe student Mohamed Semra.

In short, informative vlogs posted to his Instagram account, Semra revealed to his audience the reality of the situation. With a calm and optimistic attitude, he confidently reassured his community that they would soon see things changing.

It was while witnessing the collective generosity of his community that Semra really noticed the lack of reliability in his local council and its failure to reflect the compassion of its citizens.

“I saw how important it was that the community was working together. I saw young people taking charge and being leaders and actually doing the jobs that government organisations couldn’t,” Semra told upstart.

It was in those two weeks of attending to the needs of his community that Semra decided he could no longer sit around and wait for the council to mirror the diversity and resilience of his community.

The Stony Creek ward encompasses West Footscray, Tottenham, Maidstone and Braybrook. It’s a growing community, with its population growing by two percent most years. With the community’s largest age group falling between 19-25 years old, Semra calls for young people to play an active part in their local politics.

“It was inspiring for me because we were on the ground, supporting our community and seeing people motivate each other. That’s when I saw the power of young people and realised what we bring to the table. It’s time it’s brought to a higher level, so I’m willing to take that step to show everyone that,” he said.

Semra’s eagerness to be an active participant in social politics was greatly influenced by the growing gap between politics and the people it’s supposed to serve.

“I feel like there’s a disengagement between the council and the community. I think the onus falls on the council to start the conversation and engage its community,” he said.

Semra first realised the importance of having a platform to voice one’s opinion during his early childhood struggle with stuttering. The fear of being mocked by his peers hindered him from speaking.

“My body used to rock, my tongue would twitch and for a very long time. I didn’t do the things I wanted to do because I was afraid people would laugh at me,” he said.

It was through an intensive speech therapy course hosted by La Trobe University that Semra slowly began to gain the confidence to speak. Granted with this new ability, he was motivated to participate in the things he was convinced he couldn’t do before.

Semra joined his school’s debate club and went undefeated in his senior year. Taking an interest in leadership, Semra eventually became school captain and consequently became the voice for his peers. The results inspired Semra to attempt to replicate these changes on a larger scale.

“Seeing what it did to my school environment still empowers me to this day,” he said.

“People started being more open and I saw people starting to take more steps in a new direction because that precedent had been set. The hardest thing for me was just deciding I wanted to take that step.”

Forced to adapt his campaign to suit the circumstances of a global pandemic, Semra had to utilise social media in its entirety. Despite losing the aspect of face-to-face interactions, social media allowed Semra to reach new audiences.

“Social media is a good tool for social change and if you see what’s happened in the past year, you’ll see every instance [of] injustice pushed to the forefront of social conscious because of social media,” he said.

In efforts to establish himself as a new candidate, Semra is aware of the challenges presented to him besides the pandemic. Semra’s lived experiences as a young black man have undoubtedly shaped his perspective and fuelled his motivation to inspire change.

“People like me are not meant to run,” he said.

“I’ve been in multiple situations that have allowed me to empathise with a lot of different groups in our community. I feel like it’s important for me to basically accept who I am and take pride in being different. There’s power in difference because that just means I bring a different perspective.”

Semra strives for a better municipality by establishing a council that reflects the diversity in the Stony Creek Ward. Whatever the outcome, Semra’s focus lies on ensuring a speedy recovery from the effects of COVID-19.

“I think the most important thing for me is helping the community navigate post-pandemic and ensure that nobody is forgotten along the way.”

Achol Arok is a second-year Bachelor of Media and Communication (Journalism) student at La Trobe University. You can follow her on Twitter @AcholArok.