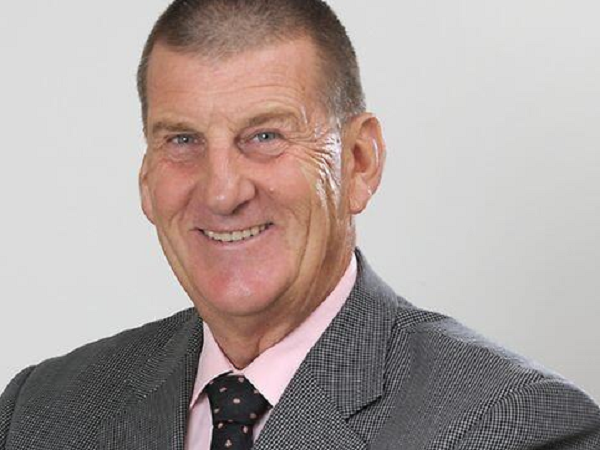 Jeff Kennett is widely renowned for being one of Australia’s most recognisable and strongest political leaders.

After entering the Victorian State Parliament in 1977 and elected to government in 1992, his creation of public reforms was something incredible and truly inspiring.

However, Kennett’s leadership abilities did not just shine in politics, nor did he always show his potential to be an academic.

While Kennett hadn’t always attended private grammar schools, his time in the state school system taught him the fundamentals of communication with people from all walks of life.

Kennett says his time at Scotch College toward the end of his high school education opened opportunities through his success in Scotch’s Cadet Corps Unit. As his failure to rise above an average academic level almost pushed him to leave school, his persistence in his final years showed significant improvement.

“I was never an academically bright student, but I got value from the school because of its focus on extracurricular activities,” says Kennett.

After graduating, Kennett attended the Australian National University in Canberra where he began a degree in economics. However, after losing interest during first year, he returned to Melbourne where he worked in the advertising department of Myer.

In 1969 Kennett was called for national service in Malaya and Singapore as part of the Australian Army.

From his two years of experience, Kennett says the invaluable lessons traced was that individuals do not achieve things of real value, but rather teams do because in order to succeed, one must co-operate as it is an instruction of team work.

“The discipline of team work and co-operation was a major influence on your character and the way you operate your life,” says Kennett.

His time in the army also acted as a catalyst of passion for politics alongside his belief of public service as ‘the finest form of employment.’

Kennett’s first term as premier in 1992 faced the enormous challenge of improving the state economy. Being $27b in debt, Kennett and his team restored confidence back into Victoria. He claims this as his biggest achievement.

“There was very low morale, no excitement, high levels of unemployment, but we addressed all of it and put Victoria back on its feet again.”

However, in order to sustain this confidence, Kennett instituted a budget-cutting program, including several controversial moves.

During his first three years in office, Kennett substantially reduced funding for public schools and the Department of Education. Approximately 350 government schools were closed, and 7,000 teaching positions were discarded.

Other controversial moves made included the sacking of 16,000 public transport workers in a major technological upgrade of the Metcard system.

While undeterred by the uproar at the time in response to his decision, Kennett claimed this as one of his biggest regrets. In hindsight, Kennett admits he would have approached the matter by establishing a simpler system.

“I didn’t have a lot of confidence in the matter, but you either trust your team or you don’t, I challenged them enough and at the end of the day you have to have confidence in your ministers,” he says.

During his second term as minister, Kennett’s profile flourished by becoming major commentator on national issues. These issues included the tax reform by John Howard, and opposing the rise of the One Nation party by Pauline Hanson.

Towards the end of his second term as premier, enormous tension circulated within Kennett’s family life. Strains of public life and personal pressure to commit to his career significantly contributed to the six month trial separation between himself and his wife Felicity Kellar.

“Work became my number one priority, and I didn’t make enough time for my first responsibility which was my family.”

His separation with Kellar was temporary and remains happily married today.

After his unexpected election loss to Steve Bracks in 1999, Kennett resigned from parliament, maintaining background involvement in politics.

In 2000, he immersed himself into the work of BeyondBlue, where he became the inaugural chairman.

“Once you’ve achieved what you can do and have been defeated, its best to give someone else a chance,” Kennett says.

Kennett involved himself in the depression initiative as he believed many were suffering without adequate help. His greatest motive was drawn from an experience linked to his daughter involving the death of two young men in a car accident, which was later confirmed suicide (1997).

He used his influence, power and this experience to suppress these issues of depression. As chairman, he hopes that by educating people, it will influence them to seek help and recognise these signs before it’s too late.

Kennett aspires to have a long future where he endeavors to remain apart of and see vast progression of the work of BeyondBlue and most importantly enjoy his time with his seven grandchildren.

“I have a very mixed and varied life, but one that I enjoy thoroughly.”

Cassandra De Palma is a second-year Bachelor of Journalism student at La Trobe University. You can follow her on Twitter: @cass_depalma