Fyfe becomes the fifteenth player in AFL/VFL history to become a dual winner of the award. 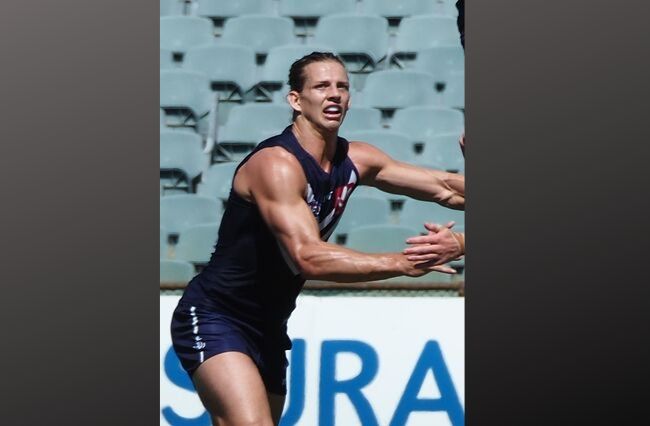 Fyfe polled 33 votes in what was a near perfect season for the dual Brownlow medallist.

Speaking on Channel Seven’s broadcast, Fyfe told Hamish McLachlan that he was surprised by the amount of votes he received.

“I didn’t expect to poll as well as that, so thanks very much to the umpiring department,” Fyfe said.

Fyfe prides himself on his preparation, stating that setbacks really helped him continue to get better as a player both on and off the field.

“Since I broke my leg in 2015 and 2016 there’s been question marks about whether I would get back to my absolute best. Those question marks really motivated me.”

Fyfe’s Brownlow success is a highlight in a disappointing season for the Fremantle Football Club.

Fyfe paid tribute to his former coach and mentor in his acceptance speech.

“Ross has been incredibly important in my growth as a player and leader,” Fyfe said.

“You won’t be able to replace Ross Lyon. He’ll be back in footy circles in years to come. He’s so valuable to the game. I’m just incredibly grateful for everything he and his family have brought to our footy club and to my life.”

There’s one achievement that the Fremantle star Lake Grace is yet to achieve.

“I don’t have a premiership medal; I’d hate to be sitting here at the end of my career with two or maybe three Brownlow’s and no premiership,” Fyfe said.

“Let’s hope that the next medal around my neck is for a premiership.”

Photo: Nat Fyfe Fremantle vs Geelong by The-Pope can be found here and used under a creative-commons attribution.