"No means no" doesn't capture the complexity of consent, experts say. 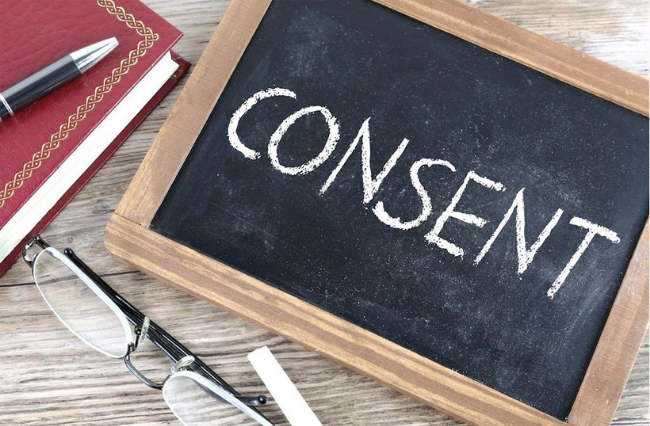 The sexual violence and harassment claims coming out of Canberra have suggested that a toxic culture may be thriving at the highest levels of power in Australia, with a distinct lack of accountability for alleged perpetrators of abuse.

This has created a sense of urgency around the need for more effective consent education nationwide to address this problem in our society.

The complexities of Australian consent education

What has traditionally counted as consent has evolved over time.

“Consent is more than a simple yes.”

“Only ‘yes’ means yes, everything else means no.”

Another issue is that young Australians aren’t receiving the same teaching from the national curriculum, with the particulars of sex education left up to each state. With no clause explicitly mentioning consent, the curriculum mainly talks about sexual consent. But as the climate of sexual violence in Australia evolves, consent has now slowly been introduced in a more age-appropriate way, using hugs and tickle fights as examples.

Recently, more emphasis has been placed on the idea that consent can’t be confined to a simple yes or no binary, which has led the Teach Us Consent petition to call for a unified and holistic sex education to be taught from early education stage. With the over 40,000 signatures and 6,000 testimonies it yielded, the petition has shed light on how rife sexual assaults are in educational settings. However, some students say the issue is not significantly addressed.

“My school tends to avoid this topic of conversation, which is detrimental to us [students],” Ava Votskos, a high school student at a catholic school in Melbourne’s south-west, tells upstart.

“We were only taught that words other than no such as ‘I’m not sure’ and ‘I don’t want to’ are all indications of not giving consent. But such learning wasn’t exposed to the guys in our year level, who would’ve really needed to hear how important it was.”

Teaching kids about consent isn’t always teaching them about sex

The notion of consent being reserved only for sexual activities discounts the reality of the complex social contracts that society is built upon. According to the Oxford Dictionary, consent is the act of giving permission for something to happen, or the agreement to do something, which applies to every social interaction. Senior Educator at Body Safety Australia, Lauren French, tells upstart that consent is a foundation that starts at home and continues to be built as kids get older.

French says young people understand the concept of permission, it’s just a matter of using the right terminology and examples to go from something as simple as personal boundaries to eventually sexual consent.

“We often talk to five-year-olds about the fact that you can say yes or no with your words and your body. We’re getting them to notice how their friends’ bodies respond to them asking if they want to play or not. So that’s where non-verbal consent comes in.”

Some parents may struggle in finding a starting point to address consent with their kids. But the simplest way to start is with themselves, according to French.

“It is not young people’s job to protect themselves. We need adult advocates,” she says.

To break this systemic societal problem, there needs to be a collaborative effort from the government, educators and parents, as consent can’t be a one-off lesson at school.

Because consent education is a “generational” thing, French says it can be “embarrassing” for parents to acknowledge that they might not have learned about it. But if they want this crucial social skill to be a fundamental element of their kids’ lives, they need to inform themselves about what consent is, using the resources available today that they didn’t have growing up.

Dissecting the complex layers of consent depends on the age of the kids, French says, but that doesn’t mean it should be left until they’re young adults, ready for the “sex talk”. It’s all about “normalising knowledge”. Parents need to model consent behaviours and foster a safe and judgment-free environment because as soon as shame is added into the equation, the topic becomes taboo.

“By asking permission to your partner in front of the children, kids get an understanding that even adults have to ask permission,” French says.

In a family setting, often the need for consent is overlooked, French says. With adults being older, they are in a “position of power” over children. By simply getting into the habit of asking instead of demanding, even for things like hugs, kids begin to learn to respect personal boundaries. There needs to be mutual respect between parents and kids as consent is also about putting your kids in a position where they’re able to say no, and having their decision be respected.

“Parents say ‘oh, but my kids say no all the time, it’s their favourite word’, but how often do they actually get to say no and then it doesn’t happen?” French says.

“There’s nothing intentionally malicious about wanting to hug your children. It’s about what messages we then risk giving them about the fact that their closest friends, families and people around them don’t have to ask permission to touch their bodies.”

As soon as kids are pressured into doing things they’ve said no to, they lose the value of consent and have also implicitly been endorsed to abuse power and coerce people to get what they want.

While a lack of consent education is only one factor as to why rape culture is such a widespread issue, Ava Votskos believes that by starting consent education early, it’ll start an “influential chain reaction” for the future younger generation to easily grasp the significance of consent and its meaning.

Photo: Consent by Nick Youngson available HERE and used under a Creative Commons Attribution. The image has not been modified.