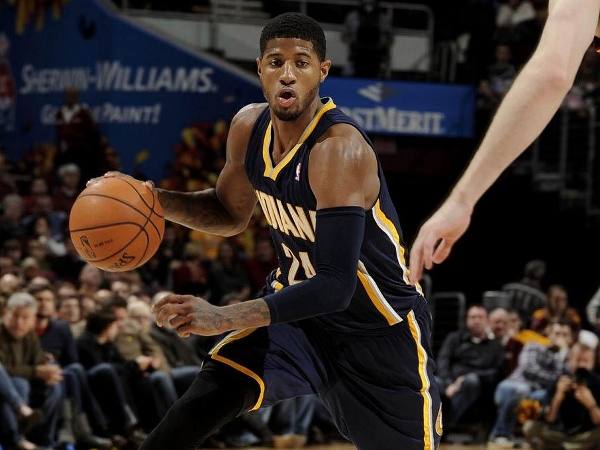 The NBA regular season has come and gone, meaning it’s time to hand of some awards for the first 82 games.
However, rather than just your standard run of the mill honours, there’s a slightly different slant on the soon to be revealed awards.

With Australia in the middle of the longest non-campaign, and political coverage seemingly bleeding into every media element, it seemed fitting to dish out the awards from an #auspol angle.

It doesn’t matter if it’s fibre-optics or copper wiring, no player sends fans rushing to YouTube quite like Griffin. As we say about Griffin every year, there’s still a host of holes in his game needing to be filled before he can truly be considered an elite talent, but when he can do produce plays like those below, it doesn’t matter quite so much.

The Simon Crean Award – Taking One For the Team

This is more of a foreshadowing, rather than recognition.

Bryant’s Achilles injury was one of the biggest stories of the season, mainly because it kick-started the amnesty-Kobe chatter. In the case of Bryant, he should push the Laker front office to amnesty the mining revenue-sized final year of his contract. The Black Mamba doesn’t need the money, Nike and his other corporate partners should keep his wallet well-fed, and the Lakers probably have arranged a deal to give Bryant a percentage of the franchise upon retiring.

Take a page out of Crean’s book, Kobe. Endure some short-term pain, hopefully for long-term gain.

Ever since Mike D’Antoni supposedly usurped him under the cover of night, Phil Jackson has appeared to be on the campaign trail. He joined Twitter, texted star players, and landed a job requiring him to comment on the job suitability of his cohorts. Plus, a loyal group of supporters has been calling for his ascension to the top job for months – sound familiar?

Well-well it's over and so am I…thanks for the intercourse all you bball fans.

All that Phil’s missing is an obnoxious three-word mantra, you know, something like “The Triangle Offense…”

In 2012, George was an inconsistent tweener, equally as adept at turning in a shocker as  he was a sensational performance. He was a nice add-on to a Pacer roster that, in many ways, utilised a style of play ill-suited to his.

This year, the former Fresno State star has changed his game and carried his side to three-seed in the Eastern Conference and a first round series win over the Atlanta Hawks. He entered the 2012-13 campaign with career averages of 10.0 points, 4.7 rebounds, 2.4 assists and 1.3 steals, established career highs in each of those statistics — a team-high 17.4 points, along with 7.6 rebounds, 4.7 assists and 1.8 steals.

Either Los Angeles coach could easily be the recipient of our inaugural Gillard award, but Del Negro is the one most likely to be axed. Whereas a spate of injuries largely saved D’Antoni’s job, although, you never know with the Lakers, Del Negro’s impotent performance in the playoffs will surely send him to the unemployment line – or, as it is in the NBA, a TV studio.

No political title, James is simply that good that he deserves complete and utter recognition.

Such is the level of James’s historic output, even those who desperately wanted to hate him after he “abandoned” Cleveland, are once again coming around.

He’s so good, he receives bipartisan support – except for a small section of the community stuck in the past.

All of the aforementioned politicians would promise anything for the same societal ability.