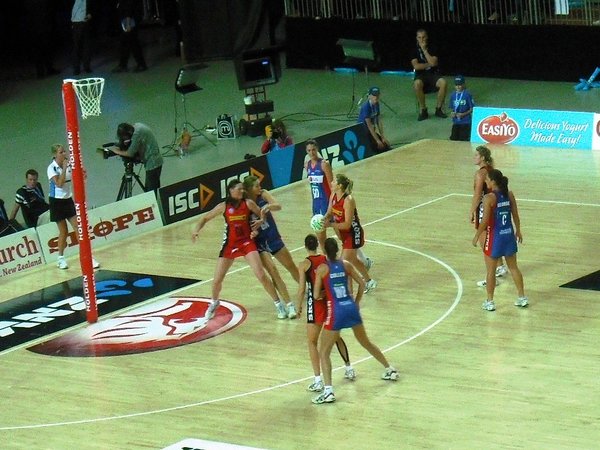 Netball is the most popular women’s sport in Australia.

National selection involves rigorous training and dedication, but this physical and mental commitment is not necessarily well remunerated.

Each player in the ANZ Championship is paid a minimum of $15,000, which is roughly the same amount an Aussie cricketer earns during an international test match.

However, each player who participated in the Cricket World Cup this year earned a $340,000 bonus for taking out the championship.

In contrast, the Australian Diamonds’ bonus for winning the Netball World Cup in Sydney was a mere $5,000 per player.

The salary cap for the five Australian ANZ Championship netball teams, consisting of 12 players in each squad, amounted to $270,000 per team.

This is significantly less than just one cricketer’s bonus.

However, the netball salary cap is quite fluid, and does not need to be as strictly adhered to as other sports, such as the AFL.

Players can receive other financial benefits from clubs, including rent assistance, cars and paid ambassadorial roles.

Ahrens says that Diamonds player, Renee Hallinan, would be earning $130,000 annually thanks to sponsorships.

Unfortunately, the majority of players are not full-time athletes and rely on other jobs to supplement their netball earnings.

“How do you sit there and say to someone ‘I need a job but I’ll also need to knock off a couple of hours early on Thursday?’” Australian shooter, Caitlin Bassett said in 2011.

Ahrens says that athletes should find an employer who understands their needs.

“It’s about finding the right place of employment and where they can understand and support you because they know that you have your passion on the side,” she says.

“It doesn’t help their performance if they don’t have a good balance in life to provide that resilience you need when things aren’t going well,’’ she said.

While the sport is struggling to increase salary caps, it has no trouble raising money through sponsors.

Rebel Sport and Chemist Warehouse have backed the national netball team, while ANZ Bank has been the naming sponsor of the Trans-Tasman competition since 2008.

The sport has struggled to gain interest from broadcasters to air its competitions.

Ten said it was delighted to secure the coverage, however Netball Australia produced the majority of the broadcast themselves.

While Ten only showed the Diamonds’s games, Foxtel paid to show all 64 matches of the tournament.

Ahrens says that the broadcast rights of netball are worth a lot more.

She says it will only be a matter of time before networks realise the potential of broadcasting netball.

“I think in the future they’ll start seeing that female sport is something that can be promoted on their network rather than just focusing on the really big sports,” she says.

Once this happens, netballers may begin to receive similar wages to their fellow Australian sports stars.