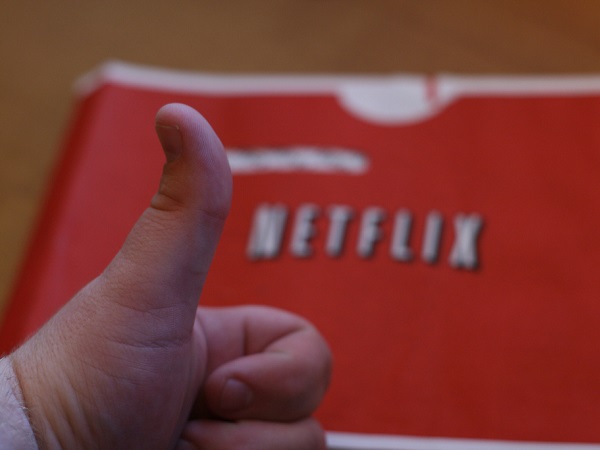 In an effort to make its service more accessible to the blind and vision impaired, Netflix has started to add audio descriptions to its videos.

Audio descriptions are narrative tracks that describe what is happening on-screen, including actions, facial expressions and scene changes.

In the first of what Netflix hopes will be many, audio descriptions have been included in the original series of Marvel comic Daredevil, which features a blind protagonist.

“We work hard to continually improve the experience for our members when viewing movies and shows on our service, including providing accessibility across devices,” Tracy Wright, Director of Content Operations at Netflix, said.

“Netflix is actively committed to increasing the number of audio-visual translations for movies and shows in our English-language catalogues.”

The move to include audio descriptions was prompted by the Accessible Netflix Project, a campaign to make the service more accessible to people with disabilities.

Robert Kingett is a journalist, Gaming Glimpse magazine CEO and author of Off the Grid, Living Blindly Without the Internet, as well as the creator of the Accessible Netflix Project. He tells upstart that the campaign was fuelled by his determination to make a difference.

“The Accessible Netflix Project started out of anger, honestly,” he says. “Way back in 2011–and even before–I began trying to gather people on mailing lists and trying to get them to advocate and to document their advocacy.”

“I asked around to different bloggers and the like, but they all said the same thing – that it wouldn’t do any good and that we should wait for the ACB [American Council of the Blind] to consider this important enough to take centre stage. I didn’t accept that mentality and still refuse it with every inch of my bone [sic].”

“I know that media can be very powerful,” he says. “So I started a blog, gained a core team, we blogged, documented, made videos … We were going to publicise everything until it made a difference.”

Kingett wants more to be done to make Netflix, and other video streaming services, accessible to the blind and vision impaired. He highlights screen readers, which are programs that attempt to identify what is on the screen and convert it into speech, as complicating this goal.

“The biggest issue is that so few sites work with screen readers entirely,” he says.

“If companies would hire more disabled testers, coders, specialists, consultants and managers to tackle these things, I believe it will make the web accessible quicker than most will anticipate,” he says.

The audio descriptions were added to the Australian Netflix service at the same time as the US version.

Chris Mikul, Media Access Australia’s project manager for television, said: “Audio description is still very rare on video-on-demand services, so this is a really important development, and shows that there are no technical barriers to delivering the service online.”

Audio descriptions have been, or will be, added to over 50 movies or television series on the US version of Netflix. The Australian version, however, appears to have less than a dozen programs with the option available.

There has been a push to increase the availability of audio descriptions in Australia, not just in online streaming but television as well.

“There certainly is a lot being done in terms of advocacies from organisations such as Vision Australia, Blind Citizens Australia and the Australian Communications Consumer Action Network, and that advocacy has brought about better access to audio descriptions in cinema,” Michael Simpson, General Manager of Client Services at Vision Australia, tells upstart.

“Unfortunately it hasn’t led to an improved service on free-to-air TV.”

Unlike in the US, in Australia there is no legal requirement for broadcasters to provide audio descriptions and no Australian television broadcasts do.

In February, Vision Australia lodged complaints of discrimination against Seven, Nine, Ten, SBS and Foxtel with the Australian Human Rights Commission for not providing audio descriptions. It has since launched the Tell the Whole Story campaign, which calls for audio descriptions on television.

Kingett suggests Netflix’s inclusion of audio descriptions could prompt other content providers to do the same.

“We got Netflix to do it so now others will follow their lead,” he says.

With the internet becoming more and more integral to society, it’s important that those with disabilities are not denied access.