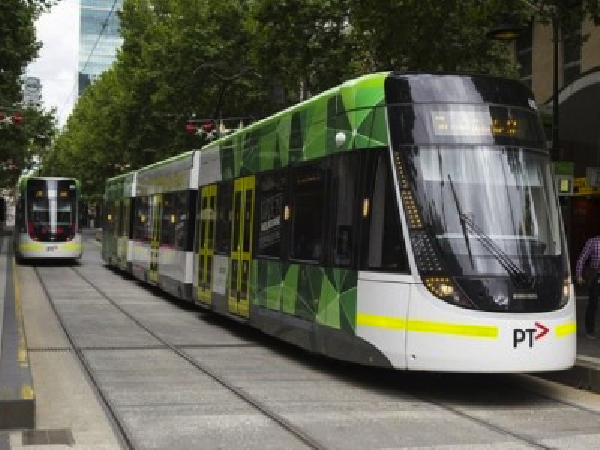 A new ad campaign launched by Public Transport Victoria (PTV) – the “Now you see him, now you don’t” billboards – has done nothing to improve the public perception of ticket inspectors in the city of Melbourne.

And why shouldn’t it? From pinning an elderly man on a platform to inspectors ‘bodyslamming’ a young girl, it seems as though every six months a new scandal involving the transgressions of PTV’s “authorised officers” is broken by the media.

Violent confrontations with fare evaders raise questions about the power inspectors should hold, asking the public to reassess who the real criminals are. In light of this, does PTV’s new ad campaign only incite more evasion than it prevents?

PTV’s previous 2011 ‘rubbed out’ marketing strategy yielded some mixed – and at times truly bizarre – results. The television ad, which portrayed the fare evader as a black, buzzing scribbled human being who attracted looks of mild annoyance from the passengers around supposedly “doing the right thing”, was as much comical as it was offensive.

In one scene, a mother on a train attempts to find a seat for her young toddler, who looks as if she is about to burst into tears gazing upon these less-than-human blurs. In another, a middle-aged woman looks out of a window in an attempt to repress the horrible truth that she’s sitting next to a fare-evader: the worst type of criminal!

These older PTV ads show that evaders are not just second rate travellers, but second-class citizens. They represent non-paying commuters as desperate to evade the gaze of the law.

A final message from PTV appears: “if you fare evade, you shouldn’t be here”. They will rub you out, like the scribble that you are.

These ads do more than just focus on the moral and legal right of the fare evader to travel on public transport. With the last election being fought over matters of who should and shouldn’t be allowed into Australia, the message of “rubbing out” undesirable others seems all too contemporary. But the idea that fare evaders are persona non grata is contentious. In fact, the violent actions of inspectors, documented by the media, Facebook users and forum users, reverse the conventional distinction between victim and criminal that PTV’s marketing department attempts to reinforce.

Juxtapose the previous ads to the latest PTV campaign, which casts the inspectors themselves as the criminals. These are criminals who will, if you get caught evading fares, take the law into their own hands in order to deal out some rough justice. The PTV’s latest strategy is the opposite of the previous one. With the image of the inspector they portray in these ads, PTV actively invokes the violence with which ticket inspectors have become associated.

In the ad, a holographic image of a man in plain clothes suddenly becomes an inspector when viewed from a different angle. The line “now you see him, now you don’t” appears on the top of the billboard. Below him is the comment, “If you’re worried about getting caught freeloading, you should be”. This menacing inspector is not targeting anyone in particular. To PTV, evader and inspector alike, we’re all guilty of something and should be treated accordingly.

PTV is directly drawing attention to the violent possibilities the inspector yields. Now, instead of focusing on the offender, they highlight the enforcer. The “real”criminals PTV wants to catch are absent from the ad. Instead of blurs, they’re ghosts that haunt the public transport system – ghosts that must be exorcised.

Essentially, the very cynical message PTV is giving its consumers is the following: fare evade if you dare, but be warned that any one of the passengers around you could soon be rubbing you out. This is a strange marketing strategy for a company who first and foremost describe their officers as people who “provide good customer service to all public transport customers”, including, presumably, fare evaders.

If these ads are any indication of PTV’s views, ticket inspectors are given license to do as they will. They will break the law to make the law, and if you choose to roll the dice on a free ride, they will look for you, they will find you, and they will fine you.

Christian Gelder is a post-graduate researcher at UNSW in English Literature and holds a Bachelor of Arts (Hons) from The University of Melbourne.