The code aims to promote a diverse news media sector. 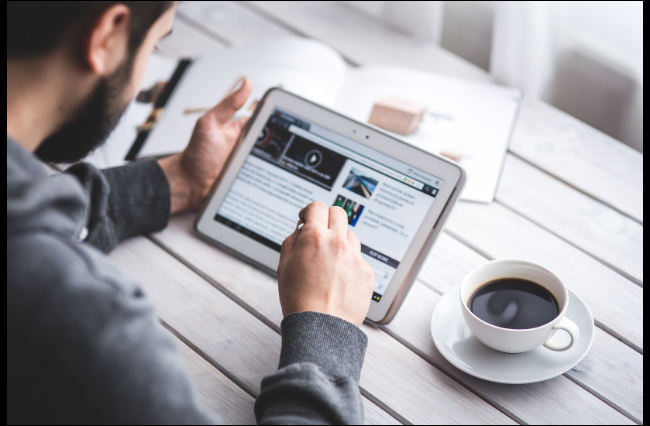 On Thursday 18 February, Australians woke up, rolled over and reached for their phones, ready to scroll through Facebook like every other morning.  This time the news was nowhere to be seen.

Facebook had banned Australian news on their platform in response to Australia’s new bargaining code.

The code was developed by the Australian Competition and Consumer Commission (ACCC) in 2020 to address the power imbalances between Australian news businesses and digital platforms.

It assists designated digital platforms—namely Facebook and Google and registered news corporations—to bargain in good faith.  This means that registered news organisations are encouraged to work with Facebook and Google to create financial agreements over news content.  If an agreement can’t be made then the bargaining code steps in and arbitration and mediation will follow.

To news readers this sounds good, but experts say the code isn’t everything it’s cracked up to be. Jack Hudson, founder of sports media organisation, The Inner Sanctum, which drives three quarters of its readership from Facebook, says he was left in limbo that morning.

“It definitely did take a hit on our readership,” he tells upstart.

Fifty-two percent of Australians relied on social media for news in 2020 according to the Digital News Report for 2020 and 49 percent of respondents said they used Facebook to access coronavirus related news.

Josh Taylor, reporter for The Guardian, took to Twitter that morning to expose the “collateral damage” of the news ban: government websites and state health departments could not get important messages to Australians on the eve of the COVID-19 vaccine rollout.

While banning government content was not Facebook’s aim, it exposed the reliance Australia had on Facebook to share news and information. Facebook has since lifted the ban after negotiations with the Australian Government, which made amendments to the code. Dr Jake Goldenfein, senior lecturer at Melbourne Law School, explains that, contrary to the code’s aims, these amendments allow Facebook to keep their “tremendous power” over news corporations.

“The amendments Facebook was able to achieve mean the bargaining code will do nothing about the “gatekeeping” power,” he tells upstart.

According to Goldenfein, there are benefits to the code but they are limited.

“The code does address market power to an extent through the threat of price-setting arbitration,” he says.

“I think the bargaining code is very unlikely to be used, but the Government did manage to help Australian news organisations get better deals from Google and Facebook with respect to accessing their content.”

These better deals will mean that Facebook and Google pay for Australian news.

“It will result in Australian news organisations getting a higher share of advertising revenue,” Goldenfein says.

News corporations are encouraged to register with the Australian Communications and Media Authority (ACMA) to qualify under the code.  Currently, no news corporations are listed as registered on the ACMA website. One issue here is that to be able to register as a news business the annual revenue of the corporation must have exceeded $150,000.  This excludes many small businesses, having many question the validity of Minister Fletcher’s statement that the code promotes a “diverse” news media sector.

Jack Hudson says the code has no direct impact on his media company, The Inner Sanctum.  However, the bargaining code has already indirectly benefited the head honchos of Australia’s news landscape.

On 15 March, News Corp signed a landmark deal with Facebook.  Nine Entertainment have also signed a letter of intent to do the same. However, journalist Alan Kohler argues in The New Daily that even these deals don’t go far enough.

“Google is paying publishers to appear in “News Showcase”, which is a very hard-to-find separate website, and Facebook is paying for “Facebook News” which doesn’t exist, but when it does it will also be off to the side,” he wrote.

Despite the code’s drawbacks, Jack Hudson is optimistic.

Photo: Man using stylus pen for touching the digital tablet screen available HERE and used under a Creative Commons Attribution. The image has not been modified.