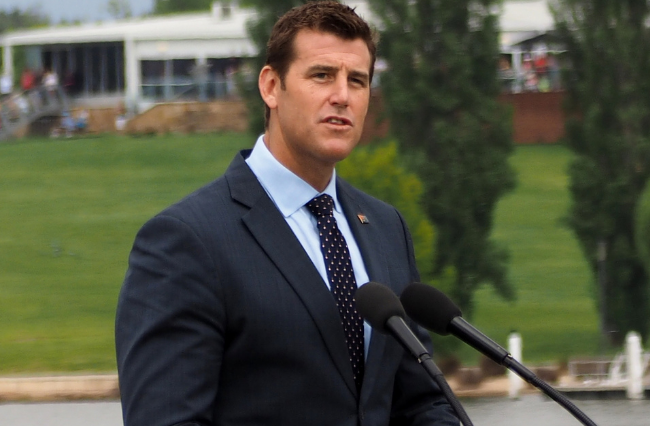 Evidence has emerged that ex-Australian special forces soldier, Ben Roberts-Smith, wore a Crusader’s cross on his uniform while serving in Afghanistan.

It was confirmed by Sydney Morning Herald and The Age that the Department of Defence (DoD) digitally removed the Christian symbol in a widely distributed photo of the Victorian Cross recipient, Roberts-Smith.

A spokesperson for the DoD said it “does not condone or permit the use, display or adoption of symbols, emblems and iconography that are at odds with Defence values”.

The symbol represents Christian Crusades in the 11th and 12th centuries to “liberate” the Holy Lands in the Middle East (Jerusalem) from Muslim control. This is particularly provocative and offensive to Muslims when worn by a western soldier ostensibly there to protect.

Australian whistle-blower, David McBride, who made information on war crimes committed by Australian soldiers in Afghanistan available to the ABC wrote on Twitter that this revelation was ” indicative of the way the wider Defence department was knowingly participating in the ‘airbrushing of their ‘heroes’ reputations”.

The Australian Federal Police is currently investigating Roberts-Smith over allegations of war crimes. Roberts-Smith has denied all wrongdoing and launched a defamation action against The Age, The Sydney Morning Herald, and the Canberra Times over reports that he “broke the moral and legal rules of military engagement” and committed war crimes, including murder.

Now, for the first time an Afghan witness, Mohammed Hanifa Fatih, has appeared by video link from Kabul to testify to the federal court against Roberts-Smith.

Hanifa said he and his uncle, Ali Jan, were captured and handcuffed by Australian troops in the village of Darwan on 11 September 2012, describing Ali Jan being kicked down a steep embankment by “a big soldier” with “blue eyes”.

“He was rolling down, rolling down until he reached the river,” Hanifa told the court. Hanifa then heard gunshots,  and saw Ali Jan’s body being dragged by two soldiers.

When Hanifa was shown a photograph of a dead man he identified as Ali Jan during the trail, he also saw a device in the photograph.

“These other things, the bag and the other device, they were not there,” he said.

Barrister Nicholas Owens SC, for Nine, asked Hanifa whether he had ever seen Ali Jan carrying a radio that day.

“By God, by God, he had nothing with him,” Hanifa said. “They put those things with his body.”

Hanifa said that Jan was not connected to the Taliban. Hanifa said the Australian soldiers planted a radio on Ali Jan’s body – a practice known as “throwing down”.

“What I said is true,” Hanifa replied. “I saw these things.”

The Brereton inquiry, which found evidence of 39 unlawful killings of Afghan civilians or prisoners by Australian soldiers, raised the alarm about a “warrior culture” within Australia’s special forces.

“Special Forces operators should pride themselves on being model professional soldiers, not on being ‘warrior heroes’,” Justice Paul Brereton said.