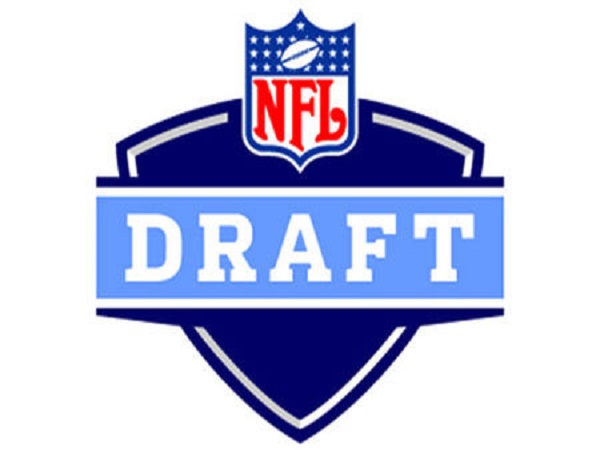 With the NFL Draft only a day away we take a close look at the players likely to be drafted in the first round according to each teams primary requirements.

The Rams traded up to pick one securing what they hope will be their franchise quarterback, similarly to the Washington Redskins in 2012 who moved up to draft Robert Griffin III. During his college career Goff amassed over 12,000 passing yards, a 3-1 touchdown-interception ratio and a passer rating of 144.

The Eagles traded with the Cleveland Browns for pick two. Starting quarterback Sam Bradford is on the verge of leaving, meaning the Eagles are very likely to select a quarterback. Wentz has shown excellent athleticism, movability in the pocket and good arm strength.

San Diego had a number of injuries on their offensive line in 2015. In a division with elite edge rushers such as Von Miller, Khalil Mack and Justin Houston, the Chargers and quarterback Philip Rivers would be well served protecting his blindside. In his 28 college starts he only allowed two sacks.

The Cowboys have lost edge rushers DeMarcus Lawrence and Randy Gregory for the first four games after violating the NFL drug policy. Bosa’s college career saw him accumulate 26 sacks and 51 tackles for a loss. He frequently combatted double teams to allow teammates to make plays.

The Jaguars require depth and competition at the cornerback position. Ramsey is listed as a free safety, but he can play as a perimeter cornerback or as the nickel.

A cornerback would likely be the Ravens first pick if Jalen Ramsey dropped to pick six. Alternatively the addition of an explosive edge rusher with good coverage skills makes Jack an enticing prospect for an ageing linebacker core.

The uncertainty surrounding Colin Kaepernick means that the 49ers desperately need a quarterback. Lynch produced a solid junior season in college, throwing 28 touchdowns and only allowing four interceptions at a completion rate of 69.1%.

The loss of centre Alex Mack and right tackle Mitchell Schwarz has depleted the Browns offensive line. With the addition of Robert Griffin III at quarterback, the Browns will want to protect their prize recruit. Stanley is capable of playing at both right and left tackle.

The Buccaneers have a struggling secondary that requires immediate help. Hargreaves has shown excellent coverage skills in both man-to-man and zone schemes. In his three-years with the Gators he recorded a total of 10 interceptions.

The Giants have strengthened their defensive line and secondary in free agency, but have a very weak linebacking core. Lee has excellent speed which makes him a threat in space, either playing coverage or blitzing.

Jay Cutler had one of his most consistent seasons, adding pass protection will aid an improving Bears offence. Conklin started 40 straight games for the Spartans at left tackle and will be invaluable protecting Cutler’s blindside.

The Saints need edge rush support for Cameron Jordan who was the only threat last season. Buckner had an outstanding 2015; despite being frequently double teamed, he managed 83 tackles, 17 tackles for a loss and 10.5 sacks.

The decision between a running back and cornerback becomes easy with Elliot the best option. In his 40 game college career Elliot amassed 3,961 yards at 6.69 yards per carry and he scored 43 touchdowns.

The addition of Kelechi Osemele was a huge coup for the Raiders, however ensuring that Derek Carr is protected will be their primary concern. Decker started 41 straight games for the Buckeyes and is capable of playing on both the right and left side of the formation.

Finding an offensive tackle would be the Titans’ highest priority. By this stage of the first round the top tackles may be taken, meaning finding a 4-technique defensive lineman would be the next priority. Rankins fills this requirement; he is capable of rushing from the interior and edge of the formation and impressed with 58 tackles, 13 tackles for a loss and six sacks in his final year.

Lawson is excellent at setting the edge and stopping the run and getting off blocks to sack the quarterback. He will provide a formidable combination with Ezekiel Ansah.

The Falcons have little depth at defensive tackle, and Robinson provides movability across the defensive line from the interior to the edge. He started all 15 games as a junior in 2015, finishing with 46 tackles, 7.5 tackles for loss and 3.5 sacks.

The serious knee injury that Smith suffered in 2015 will impact where he will be selected. Smith is versatile; he can play on every down, stop the run and match receivers in coverage. The Colts would be taking a gamble with his current injury but he is a playmaker.

The Bills require defensive line depth and Nkemdiche will fit nicely into Rex Ryan’s scheme capable of anchoring and taking on two blocks while stopping the run.

Floyd has very good speed and athleticism and will complement a stout Jets defensive line. In 2015, he recorded 74 tackles, 10 tackles for a loss and four sacks.

Butler can play all along the defensive line and is capable of playing the double team and against the run. In 2015, he had 48 tackles, 10 tackles for a loss and four sacks.

Treadwell is a strong receiver and will provide quarterback Teddy Bridgewater with a legitimate outside threat. Treadwell had his best season in 2015, leading the SEC in receiving with 82 catches for 1,153 yards and 11 touchdowns.

Doctson is a tall receiver that can stretch the field, which will help the play-action pass and running game. He has exceptional leaping ability and magnetic hands.

The Steelers desperately need a cornerback, and Apple is good in man coverage and can matchup against the big receivers in the league. In 2015 he finished with eight passes defended, 33 tackles, two tackles for loss and one interception.

The offensive line at the Seahawks has been depleted the last few seasons. Spriggs showed good pass protection at college but was formidable as a run blocker with his mobility and quickness.

The Packers would ideally like to move Clay Matthews back to the outside. Ragland is a strong north-south run blocker that will help a struggling run defence, and he led the Crimson Tide defence to the 2015 National Championship.

The loss of premier edge rusher Justin Houston will need to be replaced. Noah Spence has a very good speed rush; he can play on either side of the formation with either his hand on the ground or standing up.

The Cardinals will continue to improve their pass rush the inclusion of Chandler Jones was the first step, drafting Kevin Dodd will be the second. He finished the 2015 season with 23.5 tackles for loss and 12.0 sacks.

Ogbah provides the Panthers with depth on the edge, he has very good speed to get around blockers and can get off blocks to stop the run. His body size and athleticism is pro-ready.

Cook led the Spartans to the final four where they were beaten comprehensively by National Champions Alabama. Cook is a gunslinger with good arm strength and can fit the ball into tight zones.