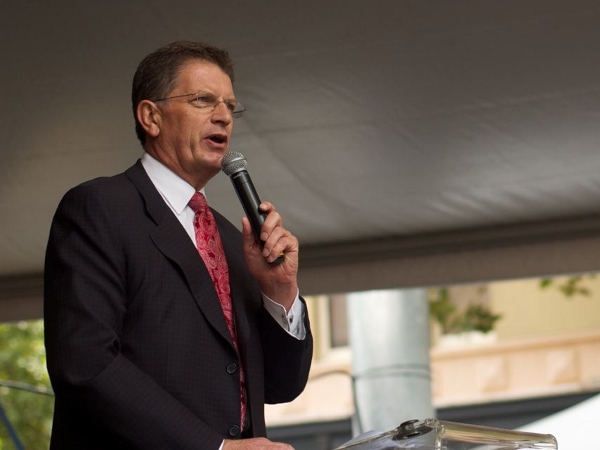 Everyone loves a good guy – whether is be Noah Callahoun in the Notebook or Superman’s Clark Kent. But, good guys don’t always win when it comes to politics. As Ted Baillieu returns to his life outside parliament, many are still piecing together the reasons behind his resignation on Wednesday night. While many questions remain unanswered, there appears to be consensus that the 46th Premier was – in fact – a good guy.

The events of March 6 kicked began with the resignation of Minister for Frankston, the controversial Geoff Shaw. Just mere hours later, the Premier was the next one to go.

The Liberal Party was already fighting accusations of corruption after a number of damaging phone call recordings were leaked earlier in the week, and this new crisis of confidence which was too much for Baillieu to bear.

In the wake of his depature there has been constant reference to Baillieu as a gallant man. Louise Asher, deputy Liberal party leader has commended the former Premier’s actions as “something honourable”. For former Treasurer, Kim Well, the state and the Liberal party always came first for Baillieu.

When it comes to the crunch, it seems that the good guys don’t always make the final cut. Take Kevin Rudd, his ‘Kevin 07’ campaign promised a new, post-Howard era in federal politics. But with the planned introduction of a controversial mining super tax, he didn’t look like he’d make it to the next election.

Following this announcement, Kevin Rudd came out worse for wear after a leadership struggle with now Prime Minister, Julia Gillard. Tim Costello, CEO of World Vision Australia, has written of his support for Rudd, likening his fall from grace to a death in the national family. The public agrees according to the latest Newspoll release, showing Kevin Rudd to be the most popular candidate to lead the Labor party.

In the days following the leadership change, many said that it was the wrong move. Dr Abjorensen, from the Australian National University has said that the public don’t appreciate being usurped: “People like to think they elected Rudd and it was up to them to keep him or get rid of him. But there was never any attempt to construct a narrative around why this needed to happen.” Kim Peart, of tasmaniantimes.com says that Labor hasn’t won any supporters.

Interestingly, when a second leadership challenge faced the Labor party, Kevin Rudd went into the caucus rooms as someone trying to regain his post – somewhat daringly.

The federal leader of the opposition seems to invoke emotions and sentiments in the entire country – everyone has an opinion about the prospective Prime Minister. Tony Abbott has been labelled many things during his time as Liberal party leader – from misogynistic to homophobic and sexist. For some, he is those things, for others, he’s just misunderstood. Fairfax columnist Alan Stokes writes that the predicted government under Abbott won’t be as bad as once thought.

Whatever he may be, Abbott is set to lead the Liberal party into government when the country votes in September.  Although he is second to Gillard for preferred PM, the news polls show that the Coalition holds firm – with a four-point lead over the Labor party in two-party preferred votes.

The rule of good always winning isn’t a tried and true one when it comes to politics. As the country starts it’s slow walk toward the polls and Victoria awaits news of its impending one, only time will tell if Julia Gillard, Tony Abbott and Dennis Napthine will be seen as the political good guys – or something else.

Adria De Fazio is a third-year Bachelor of Journalism students, and a member of upstart’s editorial team. Follower her on Twitter: @adriadf