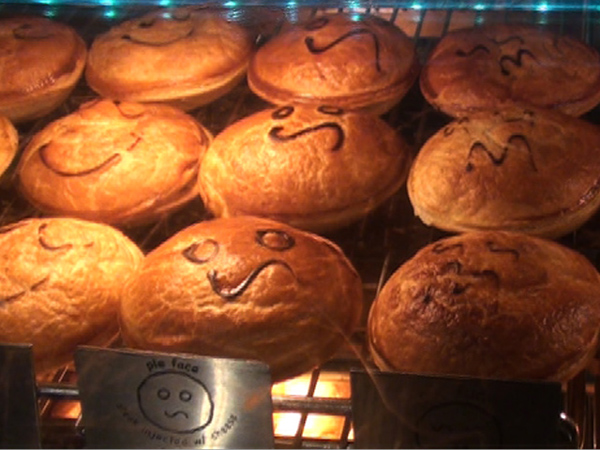 Have you ever stopped and wondered what it’s like to work the night shift?

Why do these people find themselves working at such a late hour? Perhaps it’s the only job they can get, or perhaps if you take the time to stop and actually look closely you’ll find a very interesting person with a unique story…

Adrian Nagorski works at Pie Face – one of many 24 hour cafes that sell pies in Melbourne CBD. I once heard a comedian Mike Climczak joke that he “tripped over in a Pie Face and landed in another Pie Face.” And it’s not that much of an exaggeration; they seem to be on nearly every city street, some streets have two of the damn things!

I’m a big lover of pies. Last year I took a photo of every pie I ate for a year, the grand tally was over 270… Yes I really love pies. And I’m often out in the city so often find myself frequenting Pie Face. Many, and I mean many, of my tally were made up of pies from Pie Face.

About 12 months ago I got served late one night by Adrian and he really intrigued me, which I’m sad to say is rare. Usually I take the pie and think nothing more about the person behind the counter. I think most of us do the same. They have food. We have money. We exchange the two and keep our human connection to a minimum.

It may have been Adrian’s accent which I initially thought sounded vaguely Russian, or maybe it was the fact that he jokingly asked for my pin number (I nearly fell for it). But something intrigued me.

Months later, when given the task of making a mini documentary on someone in Melbourne I immediately thought of Adrian. Out of all the people I could possibly talk to I thought of this guy. A man who essentially sells pies to drunk people for a living.

On my way home from the city a couple of months back I popped in to see if he was working and lo and behold he was. He said he’d been keen to be involved and started telling me about his life. He said he was Polish but had lived in Germany, South Africa and the UK. He could speak 3 languages and was teaching himself concept art (see below for a few of his amazing paintings).

Now I don’t have to write too much more about him because you can just watch the video above and will instantly see that’s he’s a pretty deep guy with an amazingly philosophical outlook on life. But what I would like to say is since meeting Adrian properly and hearing his story (which he fittingly kept referring to as a journey) I have started to stop and talk to and ponder other people’s stories: taxi drivers, buskers and other night shift workers. Pretty soon you discover that most people have an interesting story to tell.

As Adrian said “he’s more than just a guy behind the counter.” 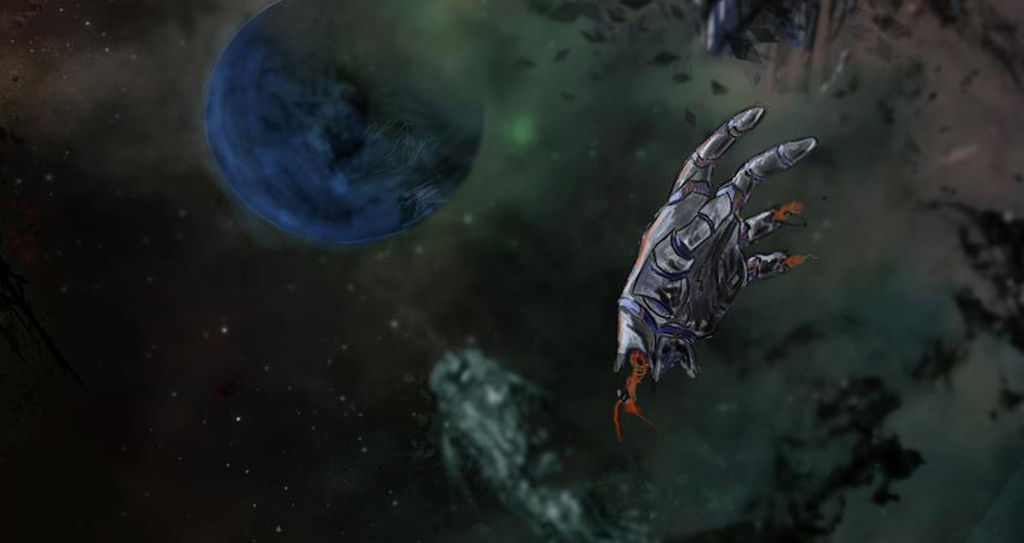 Dave Warneke is a comedian and Master of Global Communications student at La Trobe University. Follow him on Twitter @davewarneke.