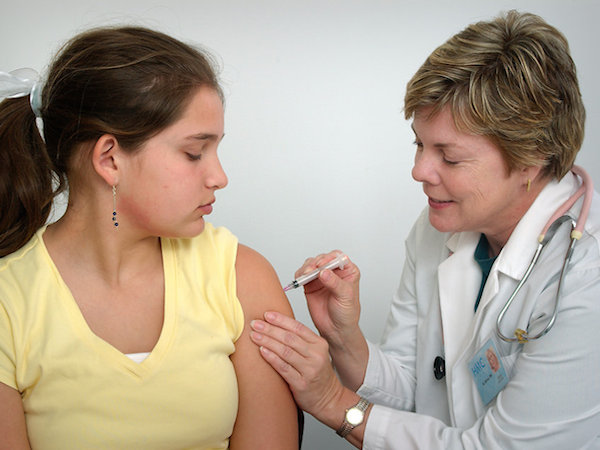 Conscientious objectors to vaccinations could lose up to $15,000 in rebates and family tax payments per child under new legislation proposed by the Abbott government.

The justification for the proposed cuts is that parents who willingly choose to not vaccinate their children are forgoing an obligation to protect their own children and are putting the community at risk.

“The choice made by families not to immunise their children is not supported by public policy or medical research nor should such action be supported by taxpayers in the form of childcare payments,” Prime Minister Tony Abbott said.

“This is essentially a ‘no jab, no pay’ policy from this government,” he said.

The new policy was announced after a four-week-old Perth baby contracted the highly contagious whooping cough and died.

Social Services Minister Scott Morrison has said that religious groups who had previously been able to claim exemptions for vaccinations will no longer be able to do so, in a push to increase vaccination rates. Exemptions will still apply to children who cannot be immunised on medical grounds.

Despite an overwhelming pro-vaccination consensus amongst medical professionals, there is still a growing anti-vaccination movement.

The government estimates that 39,000 children have not been vaccinated due to objection from their parents, an increase of 24,000 in the last decade.

There is a large anti-vaccination movement in the US, which has coincided with an increase in measles cases. The US experienced a record outbreak of 668 cases in 2014, the most since measles elimination was documented in 2000.

In order for a virus to spread it requires a certain critical mass of unprotected individuals. The threshold varies from virus to virus, but if a large enough percentage of the population are immune to an infection it won’t be able to gain a foothold and spread.

Professor Chris Goodnow, CEO of the Australasian Society for Immunology, spoke to upstart about the issue. Goodnow, who originally trained as a vet, explains that the herd immunity principle used in livestock is applicable to the current vaccination debate.

“Take a huge farm in the Northern Territory. You might only be able to muster 90 per cent of cattle for vaccinations, but that’s okay because the other 10 per cent will be protected indirectly,” Goodnow says.

Vaccinations are not 100 per cent effective. For various reasons, a certain amount of people don’t produce the antibodies they need in order to be protected from a disease. These people rely entirely on the community to keep them safe from infectious diseases.

“By having your kids immunised you’re contributing to the social bank of protection,” Goodnow says.

Goodnow also likens the issue of vaccination to gun control.

“Allowing people to say I’m going to send my kid out into society without vaccination is a bit like saying I’m going to walk around with a hand-gun in my purse,” he says. “Most of the time it’s not going to lead to any trouble, but every so often that hand gun leads to somebody being shot.”

Much of the objection to vaccinations comes from pseudoscience and misinformation.

In a famous case in the UK, a study claimed to show a link between vaccines and autism. It was subsequently found to be false.

The researcher had deliberately falsified data to allow lawyers to sue vaccine manufacturers. It was reported the researcher stood to gain £435,000 from the lawyers. Despite the study being discredited and proven false, it is still widely used as justification by anti-vaxxers.

A recent study by the Journal of the American Medical Association has also concluded that there is no link between the measles-mumps-rubella vaccine and autism in children.

“Misinformation can be a formidable foe to overcome with real facts and figures,” Goodnow says.

“Because vaccinations are mass-produced by the government, some people like to rebel against big brother and this is another reason people choose not to vaccinate.”

To combat the growing anti-vaccination trend, Goodnow suggests showing footage of the crippling effects of some of the contagious diseases to remind the public of the purpose of vaccines.

“We should have videos and use various types of social media to remind everyone that these diseases are killers and we want to stamp them out of our community,” Goodnow says.

“It’s terrific to see the government exercising real leadership and withdrawing some of the family rebates for people who aren’t willing to play their part in the community by vaccinating their kids,” he says.

His sentiment is echoed by public consensus, with 86 percent of Australians supporting mandatory vaccinations.

In an ideal world, educating the public by providing the facts and figures would be enough and everyone would choose to vaccinate. But because this isn’t possible, the government’s new policy provides the added incentive for families to do the right thing by their children and the community.