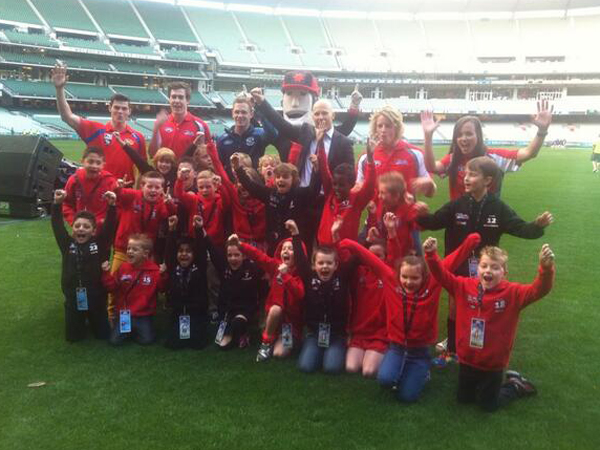 There are plans for the AFL to abolish scoreboards and best and fairest awards from some junior football leagues, and the term “nanny state” immediately comes to mind.

Approximately 150 leagues around the country will be affected by the new changes eliminating the competition aspect in junior sport.

The purpose is to ensure that participation is the primary focus in junior sport and to curb the negative involvement from competitive parents.

But forget about sport for just one moment.

In life, children are exposed to triumphs and failures. The integral lesson from both outcomes is to be gracious; to work on your weaknesses so that one day they can become your strengths is important for children to learn at an early age.

Too often, society chooses to deny children the opportunity to learn these important lessons, believing that it is in their best interest to shelter them from disappointment.

But why does this happen to children? Why is the general consensus that they do not have the mental capacity to deal with the lessons they will inevitably learn?

If a child fails a test at school they will be given an opportunity to learn from their mistakes. This occurs so that they will potentially do better next time.

If we now apply this concept to football; if a child playing a defensive role gets ten goals kicked against them, scoreboard or no scoreboard, they will know.

Like a test, the child will be given the opportunity to learn from their efforts and be able to identify their weaknesses so that next time they will put in a better performance.

To take away a scoreboard, a best and fairest award and a season ladder is to deny kids the chance to experience both the highs and lows of sport.

Without an obvious form of ranking, team chemistry is challenging to identify and the joys of team success is lost.

But then a variable such as the ‘competitive parent’ is used as a reason for the changes and suddenly it makes sense. Occasionally at junior sporting events the negative comments from parents can dampen the spectacle and cause mass controversy.

Their influence on the game can be detrimental to the growth of their children and it is simply embarrassing. But this is not about the parents as much as it is about the children and their own personal development.

Not having a scoring system can be problematic as it also reduces the parents’ role of teaching their children.

Parents should be taking a leading role in explaining to their children the important lessons regarding winning and losing.

The vital moment in the child and parent relationship is compromised as the competition component in sport does not act as an example to the lessons parents wish to teach.

The Yarra Junior Football league umpire’s coach, Julian Murphy, weighed into the debate regarding the new alterations proposed by the AFL from an umpiring perspective.

“By taking the grand finals from the under 10s games there’s going to be less kids getting this reward at the end of the year,” Murphy tells upstart.

He wants people to be aware that it is not just players that are being affected, but also the ones that make the game happen, the umpires.

When asked about the how junior footballers would take to the new regulations, Murphy’s primary concern was losing athletes to other codes.

“Yeah I think there would be a bit of a change of mindset and you would hope not to lose numbers to other sports like soccer and basketball,” Murphy says.

There is no objection for wanting participation to be paramount.  But reducing competition by eliminating scoreboards, best and fairest awards and season ladders is over the top.