South Sydney Rabbitohs superstar Greg Inglis has been charged with drink driving, hours after being named the Kangaroos skipper for 2018 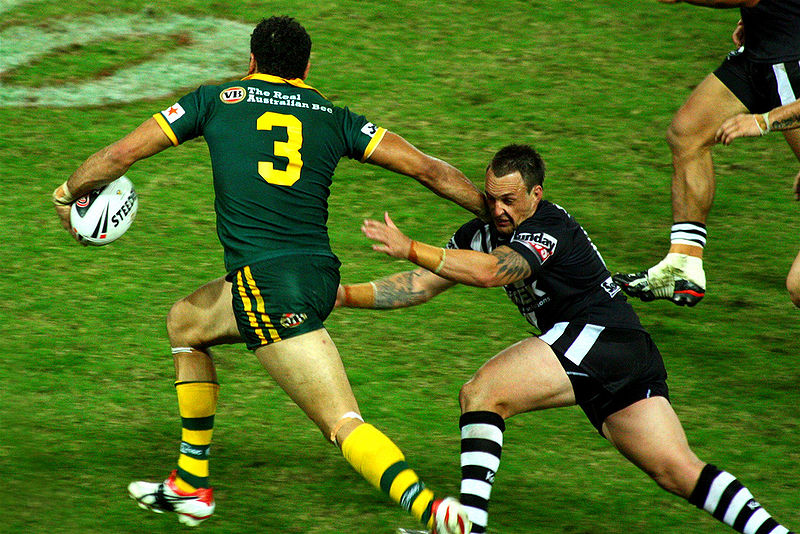 The 31-year-old NRL player was travelling from Dubbo to Sydney when he was pulled over by police.

“Officers attached to the Traffic and Highway Patrol Command were conducting stationary speed enforcement on the Great Western Highway at Lithgow when they detected a black Mercedes-Benz travelling above the speed limit,” NSW Police said in a statement.

“Police stopped the car and performed a roadside breath test on the 31-year-old driver, a man from Coogee, which allegedly returned a positive reading,” the statement said.

Inglis recorded a positive in a roadside breath test, before being taken to the Lithgow police station where he undertook a breath analysis and recorded an illegal reading of 0.085.

He was then charged with mid-range drink driving and speeding offences. He is expected to face court in early November.

Australian Test selector Laurie Daley said he would be unsurprised if Inglis were to relinquish his role as skipper.

“I’m pretty sure Greg and Mal [Kangaroo’s coach Mal Meninga] will come to the decision that he needs to step down as captain of his country. He’s let himself down. He’s let the game down. And he’ll pay a massive price for that,” Daley said on the Big Sports Breakfast.

Canberra Raiders’ Josh Papalii also stepped down from the test team in 2017, after pleading guilty to a similar drink driving offence.

The NRL, Mal Meninga, Greg Inglis and South Sydney are yet to comment on the incident.

Photo by Andrew Tallon (Race to the lineUploaded by SpecialWindler) [CC BY 2.0 (https://creativecommons.org/licenses/by/2.0)], via Wikimedia Commons