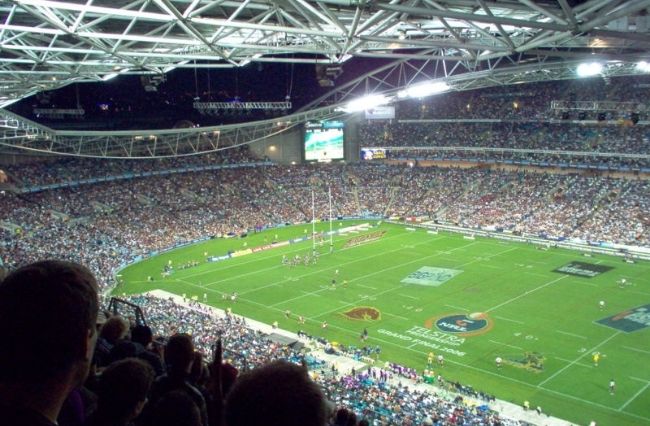 The 2021 NRL grand final could be forced to move to Townsville after a COVID outbreak in Brisbane.

The Panthers-Rabbitohs clash will mark the first NRL grand final played outside of Sydney, but after a third positive case has been found in Brisbane, there are fears it could be shifted from Brisbane’s Suncorp stadium.

Queensland Country Bank Stadium in Townsville has been placed on standby in case of a snap lockdown. This would deny an expected crowd of more than 50,000 fans in Brisbane from attending the game.

Brisbane so far has avoided a snap lockdown with Queensland Premier Annastacia Palaszczuk saying that the government will not make an early call to move the grand final to Townsville.

“No, not at this stage. Not at all, no,” Palaszczuk said. “We’ll be updating the community every single day. Very early stages at the moment. It’s going to be really critical if anyone’s got any symptoms to go and get tested.”

Chief Health Officer Jeanette Young said she is looking closely at case numbers in regards to a snap lockdown and the NRL grand final and that the next 48 hours will be crucial for both.

“I always consider a lockdown and then I work through what we need to do,” she said. “I do not think a lockdown is warranted (right now).”

She said at this point a lockdown seems unlikely.

Australian Rugby League Commission (ARLC) chairman Peter V’landys said that the NRL will remain in dialogue with the Queensland government to discuss the next steps.

“We’re pretty calm about it at the moment, but it’s like anything else; the next 24-48 hours will tell us [where we are at],” he said.

“At the moment, the government hasn’t indicated anything to us. I’m quietly confident we should be OK.”

V’landys also said plans to potentially move the game to Townsville have already been put in motion.

“[Townsville] was always the contingency, when we negotiated with the government we wanted an interchange bench and Townsville is it,” he said.

“At the moment we’re not concerned, we’re not activating anything. We’re just going to stay calm and see what happens.”

Townsville’s Country Bank stadium has been put on standby after successfully hosting this year’s State of Origin opener when the MCG was made unavailable after a Melbourne COVID outbreak.

9NEWS sports reporter Danny Weidler has reported that it is currently unlikely that the match will move to Townsville.

LATEST: Indications at this point GF won’t be moved to Townsville. Privately NRL not too concerned- but obviously can change if Qld Govt get further information and feel a lockdown is necessary. As they say – next 48 hours is important. @9NewsSyd @NRLonNine

7NEWS Brisbane rugby league reporter Chris Garry told SEN radio that he believes the game will take place on Sunday, however, he said it’s unlikely they’ll be able to have a crowd of more than 50,000 people at Suncorp Stadium.

“I think it (the grand final) will happen Sunday night – the question is where,” he said.

“Unless something changes dramatically or it’s not nearly as bad as it looks, it’s hard to see how you can get a crowd at Suncorp on Sunday,” he said.

“It’s probably a 50-50 right now as to whether the game goes ahead at Suncorp.”

Cricket officials have also postponed the Sheffield Shield match between Queensland and Tasmania after the Tasmanian team’s decision to fly home.

#SheffieldShield update | Today's match between Queensland and Tasmania at Ian Healy Oval, due to begin today, has been postponed.

The match will be rescheduled to a new date later in the season, following the Tasmanian team’s decision to fly home today.

Photo: NRL Grand Final 2006 By MDM available HERE and used under a  Creative Commons license. The image has not been modified