What's changed since the 2017 report on sexual assault and sexual harassment at Australian universities? 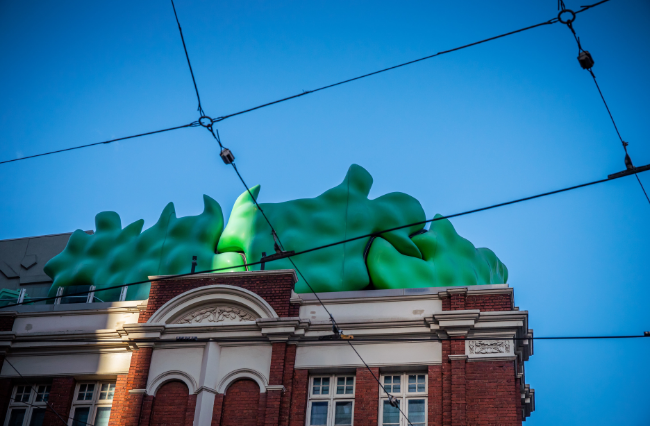 In 2017, the Human Rights Commission found that 51 percent of university students in Australia were sexually harassed at least once during that year at university, with women experiencing higher rates of harassment and assaults than men. When the report was released, Sex Discrimination Commissioner, Kate Jenkins, said that advocates and survivors had been arguing for change for decades.

“We have all heard stories of behaviours occurring on campus,” she says. “Attitudinal change and greater awareness is needed, not only among university students but also university staff who receive reports of these behaviours.”

According to the report, one in four students were sexually harassed in a university setting on at least one occasion in 2016, with residential colleges being a particular area of concern. It found that the most common forms of sexual harassment involved inappropriate staring, sexually suggestive comments or jokes and intrusive questions about someone’s private life or physical appearance.

In response to the 2017 report, Universities Australia introduced Respect. Now. Always. The program was implemented to prevent sexual violence in university communities and improve the way universities respond to and support students who have experienced sexual assault or harassment.

In the period since, Australian universities have implemented several strategies to make campuses physically safer. The La Trobe Bundoora campus completed a Public Lighting Upgrade project where 164 light poles were installed in residential and Union precincts, and a Uni-Safe Service where security officers escort students and staff around campus after dark. Similarly, Melbourne University has a Safer Community Program which provides support and advice to staff and students surrounding inappropriate, concerning or threatening behaviour. RMIT University has a Safer Community program too, and some of the security services for the Melbourne campuses include twenty-four-hour campus patrol, provision of after-hours access cards for staff and students and coordination of investigations into any criminal activity on campus.

So, four years on, and with new safety measures in place, how are university students, particularly female students, feeling about their safety on campus?

One particular safety issue for women is moving around large campuses, sometimes at night and alone. As a student attending university in Melbourne, Isis Holt says she can still feel unsafe at university at certain times in the day.

“Only if it is late in the day or night and I am around a large group of people I don’t know,” she tells upstart.

University student, Isabella Dedrick, also says that she feels unsafe on campus after it’s dark when it’s time to leave the library.

“I always try to leave when no one else is walking out,” she tells upstart. “As a woman, I feel particularly vulnerable being alone at night.”

OPSI Security Company founder, Brendon Purdom, who worked as a security officer in the La Trobe University Uni-Safe Service, says that mobile phone usage in public can put many women at risk as they are distracted and are not paying attention to their surroundings. He says people have become complacent and are not situationally aware of the potential threats in their environment.

“They don’t notice a predator … because they’re distracted by their devices or they have their headphones in and they’re not listening to what is happening around them,” he says.

He also says criminals are often opportunists when it comes to stalking young women. He tells upstart if a serial stalker develops a fascination with an individual who is a creature of habit, they will start to follow that person’s patterns.

“It’s one of those things that we often take for granted, that we do the same thing every day and have a false sense of security, but meanwhile somebody with bad intentions could be watching and taking notes on the persons’ patterns. This is how they predict their behaviour,” he says.

Alcohol is a contributing risk factor that’s linked to an increased likelihood of sexual violence. According to research from the Australian Institute of Health and Welfare, a survey found that 50 percent of women said alcohol or another substance was involved in their most recent incident of sexual assault perpetrated by a male. Purdom explains that alcohol plays a big part in whether a perpetrator will try and take advantage of someone, as the victim may be drinking to the point where they are not in control of their actions.

So, if a woman is being harassed or is feeling unsafe at a university campus, particularly at night, what can she do to keep herself safe?

Purdom advises women to make as much noise as possible and to look for an open area where they can ask someone for assistance by informing them that they feel uncomfortable.

“Go somewhere … where there are cameras. This day and age where we saw the Jill Meager case, the cameras in the street helped catch that guy because he had been following her,” he says.

“There was one incident where a guy looked under my seat to see if he could see anything private. Afterwards, he moved seats and began staring at me and groping himself,” she told upstart.

For women who catch public transport to and from university, Purdom’s advice is to travel with a friend. If a woman is travelling alone, he recommends notifying someone that they are getting on transport and to remain observant throughout the trip.

“If you feel uncomfortable, go and sit with someone you’d feel comfortable near. Don’t isolate yourself from others. If you see a group of people that you’re concerned about, look for someone to help. Look for Protective Service Officers (PSOs) around or a group of girls or a mixed group that come from the university. Ask them if you can walk or travel with them,” Purdom says.

Many universities offer security services that provide escorts to cars or public transport after dark. Student Isis Holt says these services are a step in the right direction to help keep women safe.

“I think it is a shame that precautionary measures need to be put in place for women to feel safe at university, but I think it is great that it’s something we have to make us feel safer and that there is more of a conversation around the mistreatment of women and some men in general.”

Article: Savannah Pocock is a second-year Bachelor of Media and Communications student, majoring in Journalism, at La Trobe University. You can follow her on Twitter @Savannah_Pocock

Photo: Green and brown concrete building under blue sky during daytime available HERE and used under a Creative Commons Attribution. The image has not been modified.