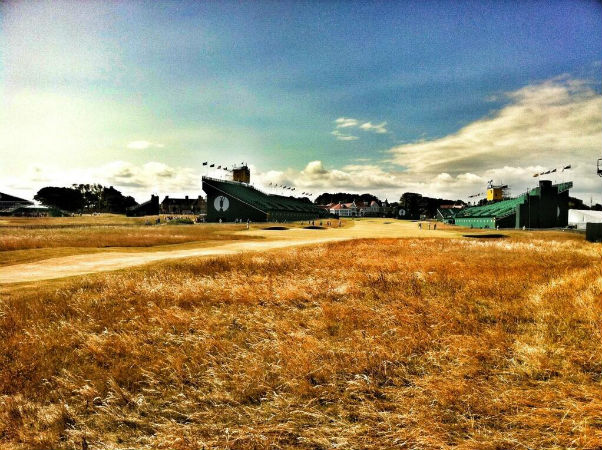 While most of the England and Australia will be solely fixed on the start of the second Ashes test at Lords, another major sporting event is taking place just across town.

The 142nd Open Championship takes place at Murfield Golf Course in one of the most open tournaments in recent memory.

Looking through the field, in which 17 past champions are competing, a few names stand out as contenders in this year’s edition of the Open Championship.

Links golf hasn’t been very favourable to Phil Mickelson in the past having only claimed the one victory back in 1993 in Europe. However his second win in Europe last week at the Scottish Open holds him in good stead heading into the tournament.

The 18th hole on a great day at Muirfield. Coverage starts Thursday at 4am ET with @miketirico, @PaulAzinger + more pic.twitter.com/qfEa9QHWhg

Coming off a record sixth runner-up finish at the US Open last month, Mickelson, a favourite amongst any crowd, will be looking to notch up his first victory at the Open, improving on his previous best 2nd in 2011.

Two-time Open champion’s Ernie Els and Padraig Harrington both will be looking to add a third Open title to their careers. Els is in form heading into the Open, after his fourth at the US Open; while Harrington has struggled to break into the top 10 this season on a regular basis with his only top 10 finish coming in March.

While both have struggled to find consistent form this year, playing on the Links style course will bring out the best in them. Expect them to both make the cut and at least one to figure near the top of the leaderboard.

However, it wouldn’t be a surprise if the Open ended with an Aussie clutching the Claret Jug. With a win at the Masters from Adam Scott, and Jason Day finishing in a tie for second at the US Open, Australia’s golf stocks have finally started to produce results they have always promised to deliver.

Day has been just short of a Major victory having finished runner up twice at the US Open and a second and third at the Masters. He driving accuracy and putting will both be key factors if he is to claim his first major championship.

Scott will be a much more relaxed and composed man compared to his final day 2012 Open capitulation not seen since Greg Norman was in his prime.

With a four shot lead going into the final round, it appeared Scott would finally get his first Major breakthrough. However, four bogeys over his last four holes left him one shot short of victory from Ernie Els. But victory at this year’s Masters has cleared any negative thoughts about being able to close out victory.

The Open Championship has been a happy hunting ground for Aussies over the years, with at least one Australian finishing in the top 10 of nine of the past 11 major championships. Our last victory at the open however was back in 1993 when Greg Norman saluted at Royal St George’s Golf Club.

And, while Adam Scott and Jason Day are Australia’s best chances at glory, Geoff Ogilvy, Marc Leishman and John Senden have all proved they can contend on the big stage.

And, of course, there’s still Tiger Woods. A four time Open champion, his last back in 2006, Woods will always be a threat if he can produce his best golf that once saw him unbeatable even on an off day.

Another shot of @TigerWoods this morning during his practice round at #TheOpen. pic.twitter.com/WZs0BHMRPS

Other golfers that will no doubt figure at the top end of the leaderboard at some point include Charl Schwartzel, Graeme McDowell, 2013 US Open champion Justin Rose, Luke Donald, Lee Westwood and Rory McIlroy.

Jackson Baker is a second year Bachelor of Journalism (Sport) student at La Trobe University. You can follow him on Twitter @JacksonBaker9