With over a day's worth of Brussels bombing updates, Sally O'Brien asks if live streaming is an appropriate way to report on terrorist attacks across the world. 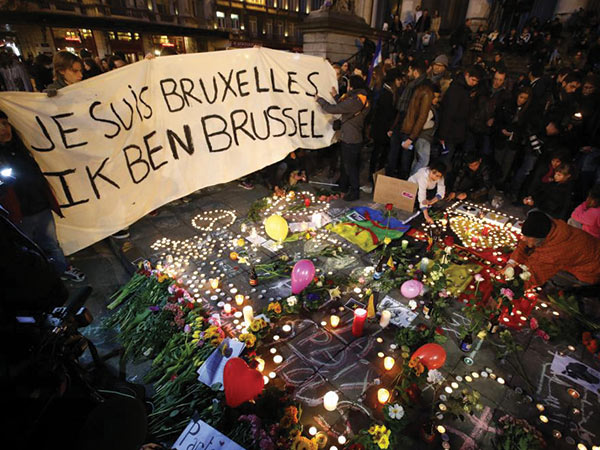 History lecturer for Anarchists, Terrorists and Freedom Fighters at La Trobe University, Dr Roland Burke says that this style of media coverage should be reconsidered.

“The efficacy of terroristic violence rests upon its ability to induce a psychological effect. Given this, continuous coverage, typically repetitious, and often unhelpfully graphic and upsetting, would seem to me counterproductive,” Dr Burke tells upstart.

“It ensures that the event is inescapable; and breaking of normal coverage, particularly when there is no major additional knowledge or public guidance, does not seem to be the wisest approach.

“Continuous coverage also tends to, of itself, induce a sense of unease and crisis – ‘normal’ operation has been suspended.”

This ability to live stream incoming information and revisions about terrorist attacks allows news outlets to publish unconfirmed death tolls and police responses with consistently graphic footage and photographs of injured people to show the impact of the bombings.

This included shaky camera footage from Twitter users of airport debris, distressed passengers and children crying while being evacuated from a train carriage, people fleeing in terror from a smoking airport, and photographs of bloodied victims.

This also included the misused video that was circulated by The Daily Mail and many Twitter users claiming to be the Brussels airport bombing, when it was actually CCTV footage of a bomb attack that took place in Russia in 2011.

Suspect the Daily Mail is going to have to take this post down pic.twitter.com/s1PhSWEryu

This style of reporting creates confusion amongst the public as to correct death tolls or circumstances of the bombing. For example, the SBS reported at 2pm on Wednesday that the three bombs had killed 34 people and injured over 200; two hours later The Guardian reported an official death toll of 31 with 230 injured.

SBS News at 2pm and The Guardian live stream at 4pm

At the same time these inconsistencies also show confusion amongst the media regarding trustworthy sources, as seen by The Guardian and other news sources reporting both unconfirmed numbers and confirmed numbers simultaneously. 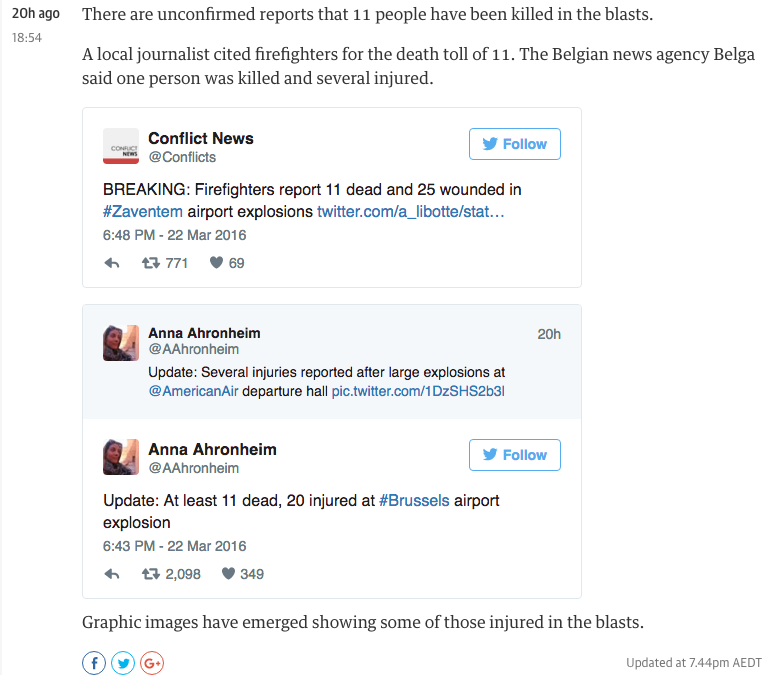 Published by the ABC, The Sydney Morning Herald, SBS and many news sources across the world, Ketevan Kardava’s photograph shows two injured victims sitting on airport chairs looking distressed and bleeding. As one of the less graphic images circulated, this photo caused questioning of the merit of showing the public different distressing images.

“There would be an argument that showing the brutality and cruelty of these attacks mobilises public revulsion, and utterly discredits the movement that practises it,” Dr. Burke says.

“But for the most part, I suspect that almost all citizens need little convincing of this.”.

Earlier on Wednesday ABC News 24 interviewed counterinsurgency expert David Kilcullen, who said the attacks were not unexpected and that Australia was in a different position to Europe. 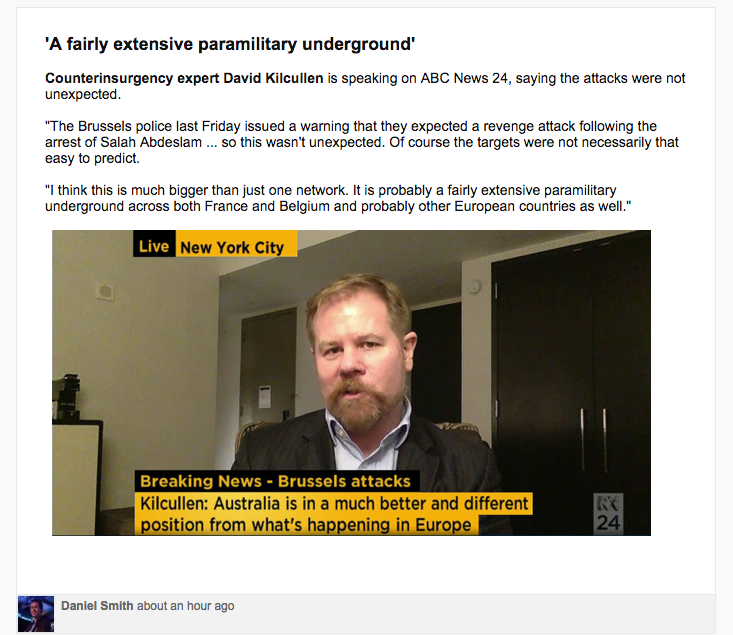 “Clearly some of this is useful, but typically the specialists seem to be pressed into making comments and definitive analyses which are almost impossible to make when events remain unclear,” he says.

With reports on Brussels citing different death tolls even a day later, the question remains about how useful this live streaming was to the Australian public, and how much this continuous coverage aided scaremongering, misinformation or publicising terrorist intentions.

“Terrorism derives much of its effectiveness because of fundamental features of mass media, which likely cannot be reformed while preserving a free press… There is a public interest in knowing, and it is important to have a sense of how appalling these groups are,” Burke says.

“[But] erring on the side of over-caution, and of more limited repetition of images of trauma and destruction would seem one potential avenue worth looking further at.”

With these fatal bombings now being claimed by the Islamic State group (IS), it seems relevant to question what western media can actually gain by circulating terrorist reasoning and the near constant coverage of their attacks.

“[I’d like to see] immense hesitation in the re-broadcast or dissemination of any terrorist statement that accompanies an attack,” Dr Burke says.

“These kind of statements have only acquired interest through bloodshed, and [have] no democratic legitimacy.”

Sally O’Brien is a third year journalism student and Deputy Editor of upstart this semester. Follow her on twitter: @SallyOBrien42