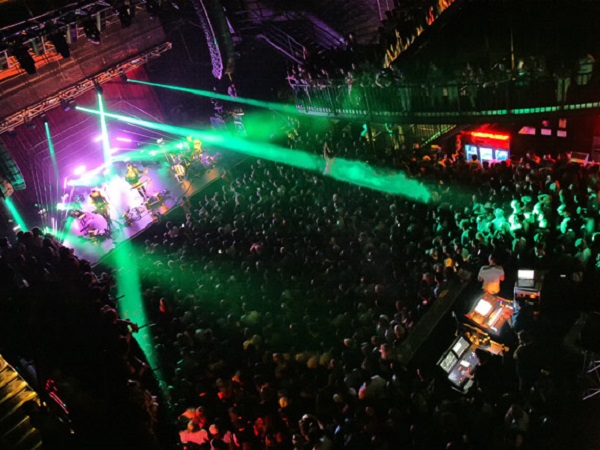 Tomorrow marks the close of Melbourne’s beloved Palace Theatre. The current owners will hand over the Palace’s keys to Chinese-based property investment firm, Jinshan Investments, who plan to demolish the iconic venue and build a 15-storey, five-star W Hotel in its place.

For more than 100 years, the building has operated as a theatre, nightclub and live music venue, under a range of owners and aliases; making Jinshan the first owners to not use the venue for entertainment purposes.

As the building remains iconic for its history, culture and architecture, one may ask, why isnt it protected by Heritage Victoria from the threat of being pulled down?

The Palace Theatre in danger of being demolished! http://t.co/ubjMIiwi53 RT if you want to #SaveThePalace pic.twitter.com/UjKpTsnlbh

“The Palace Theatre has historical, architectural and social significance at a local level but does not have sufficient cultural heritage value to be included in the Victorian Heritage Register,” the proposal states.

When asked whether this process is unfair or contradictory, The Heritage Council of Victoria tells upstart:

“Places considered of local significance which are included in a Heritage Overlay are provided protection according to the conditions of the overlay.”

Why provide a system of ‘protection’ with an overlay if there are conditions that follow? What’s the point?

If heritage overlays really did anything, then why is the Palace Theatre under threat of destruction?

“This complements other levels (state, national and world) of significance.  Places of local significance should not necessarily be viewed as being of less significance; rather they are significant to a different community,” says The Heritage Council of Victoria.

In other words, places of local significance are indeed considered ‘less significant’, proving to be the inferior level of the hierarchy that was just illustrated by the Council.

“This local significance thing is kind of crazy, where they’re distinguished between either local or state. It really should just be significant, period,” Rebecca Leslie, a committee member of the Save The Palace group, tells upstart.

“It’s not fair to those considered locally significant because there’s no real processing placed. The Executive Director of Heritage Victoria agrees completely that there is such significance of the venue, but they consider it only to be local. But, whether it is local or state, it doesn’t make any sense,” she says.

An incredible turnout at our vigil last night. Join us 5pm next Fri. #savethepalace #itsnotoveryet pic.twitter.com/RAdcxrJsCK

“You look at the Total Car Park building that was listed, and for it to be listed it has been recognised as being significant at state level, so what makes that any different?” says Ms Leslie.

No disrespect to admirers of the Total Car Park, but I think it’s fair to say that the Palace Theatre; being older, having more history and being practically used by more people for entertainment purposes, can be deemed more culturally significant.

“We don’t want to bag it out, but we want to make it clear so people can see what is getting recognised and let them make their own decisions about it,” says Ms Leslie.

In order to be recognised and included in the Victorian Heritage Register, a site needs to coincide with eight criteria, including: “Importance in exhibiting particular aesthetic characteristics” and “Importance in demonstrating a high degree of creative or technical achievement at a particular period”.

To quote a few verses:

“The Palace Theatre is historically significant at a local level as one of the oldest surviving purpose-built cinemas in the City of Melbourne.”

“It is the last remaining early cinema in Bourke Street, which was once Melbourne’s main theatre district.”

Yet, they refuse to protect it from demolition.

“The Palace Theatre is historically significant for its association with the prominent artists Arthur Streeton and Max Meldrum, who rented studios on the second floor between 1919 and c1922.”

Interestingly, that fits in with Criterion H of the Victorian Heritage Register, which reads: “Special association with the life or works of a person, or group of persons, of importance to Victoria’s history.”

The Executive Director’s assessment goes on: “The Palace Theatre is socially significant at the local level as an important place of popular entertainment in Melbourne since 1912. In the early twenty-first century it has been one of Melbourne [sic] most important small music and theatre venues.”

The city of Melbourne is mentioned over and over in the recommendation as inferior to the state, yet Melbourne is at the heart of Victoria.

Melbourne possesses the majority of the state’s culture, with more than four million people experiencing and shaping it.

So why does this not constitute for state significance?

The Save The Palace Theatre Committee have issued a formal nine-page appeal to the Executive Director’s recommendation, as well as Lovell Chen‘s Heritage Appraisal, where they rebut against the disapproval they have received.

Save The Palace continues to push for a listing on the Victorian Heritage Register, as earlier this month, they had their second hearing with the Heritage Council. The results are expected to be released in June.

“Until that day the applications are approved to demolish the palace, it’s not over,” says Ms Leslie.

“We’ll continue to fight ’til that day.”

Save The Palace are running regular vigils at the Palace Theatre from 5-6pm  to raise awareness.

For more information on the vigils, visit their website: www.savethepalace.com