Find out where the major parties stand on important issues 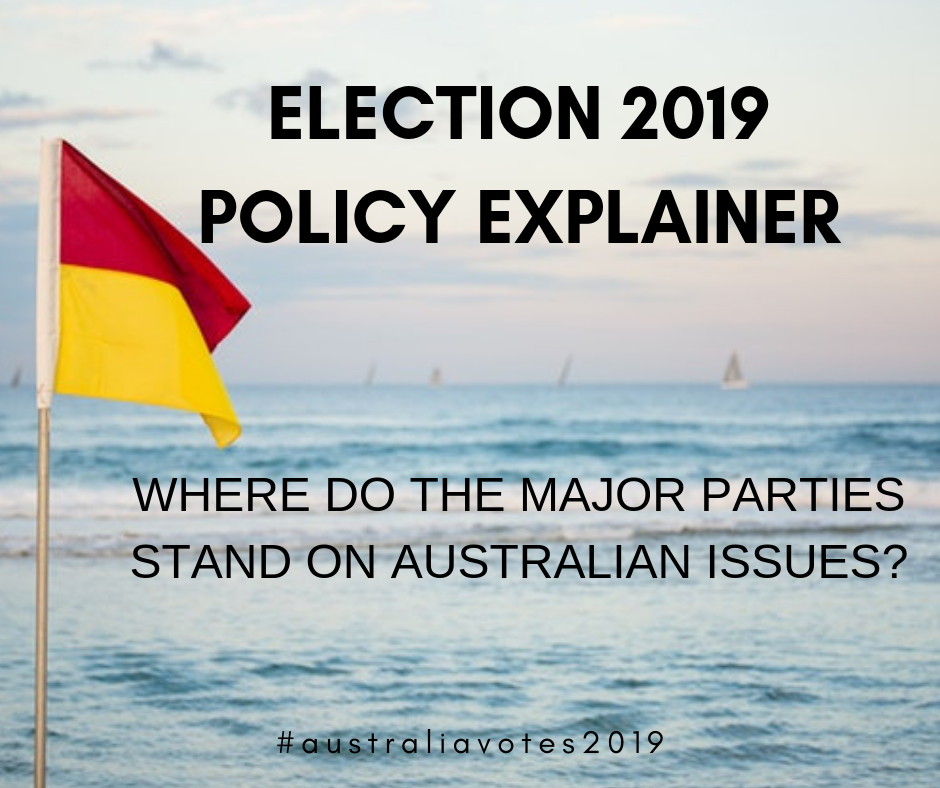 The Upstart policy guide will be a two-part series that will give readers a summary of the key policies of each major political party. In part one, economy/taxes, social welfare, employment and education will be explored.

The Liberal Party has promised lower taxes for all working Australians. The Personal Income Tax Plan introduces permanent tax relief to middle and low-income earners. The plan will remove the top tax bracket, meaning those earning between $120,000 and $200,000 would pay just 30 percent of tax compared to the original 37 percent. This will mean top earners will save thousands of dollars a year. The Coalition will create relief for middle-income earners with savings ranging between $255 and $1,080 for those who earn between $48,000 and $90,000.

The Greens will ensure that giant companies will be held accountable for their taxes. The party will crack down on tax avoidance in trusts and superannuation funds. The party has introduced a buffet rule. This means that the higher income earners will have to pay a baseline amount of tax, no matter how many deductions they use. This rule will make inroads to eliminating inequality and poverty.

Labor has offered tax cuts to Australians earning less than $40,000 a year. It is committed to ramp up payments to low-income earners and will offer a tax cut of $1.83 per week for those earning 37,000 a year. Labor intends to keep the tax rate at 30 percent for large corporations.

The Coalition will ensure that $28.7 billion will be dedicated to public hospitals. According to the Liberal website, Federal funding for public hospitals will double from $13.3 billion in 2013-14 to $28.7 billion in 2024-25. The Liberal party will introduce a new $1.25 billion Community Health and Hospital program. This will improve drug and alcohol treatment, health care services, primary and chronic disease management as well as mental health.

The party has stated that mental health is just as important as physical health. The Greens will raise awareness of mental health and reduce the stigma around the issue. This will be done by increasing funding to mental health along with training more staff in the field. The Greens say the need for crisis services will be reduced. The party will be investing in the community and public housing to improve living and ensure people have a secure, affordable home. They will invest in 500,000 community and public homes through a Federal Housing Trust. The party will pledge $500 million each year towards crisis services and immediate housing to ensure Australians have a place to stay. Under the Greens’ plan, they believe that drug use should be a health issue and not a criminal issue. The drug reform policy will change the law and order approach to drug use. The Greens will put the money acquired from big corporation tax funds towards funding public services. This will allow hospital waitlists to be reduced. Australians will also be able to use their Medicare cards to go to the dentist, avoiding high dentist fees. Free pill testing will be accessible at music festivals and community events. The Greens will look to legalise cannabis for adult use. If the campaign succeeds, the Greens say they will regulate and tax the drug to reduce harm and break the business model of organised gangs.

The Labor Government will deliver the biggest cancer care package in history. The party has pledged $600 million towards eliminating patient costs for diagnostic imaging. Over six million cancer scans will be free through Medicare under the cancer care package. A further $433 million will be dedicated to free consultations between patients, surgeons and oncologists. The Bill Shorten Government says the package will list new cancer therapies and medicines on the Pharmaceutical Benefits Scheme (PBS). The package will be put into effect once it’s suggested to a special advisory panel.

The Coalition will introduce a new $1.5 billion Skilling Australians Fund that will aim to create 300,000 apprenticeships over four years. The party will provide a better outcome for students by providing $1.7 billion to universities. Australian schools and students will receive funding increases in a timely period. Funding for each student will grow by 4.1 percent over a 10-year period. The party has promised an additional $37.6 billion in schools over the next 10 years. The Scott Morrison Government is committed to reducing youth unemployment. The party has introduced a Youth Jobs Pathway program that will help young people transition from welfare to work.

The Greens believe students are now facing pressure more than before. The party will be pledging an unprecedented investment into Australian public schools of over $20 billion over the next 10 years. Under the Greens’ plan, every public school will be completely funded to reach a universal standard nationally by 2023. They want to expand infrastructure and buildings in schools. The party will also aim to remove the artificial cap in federal funding for education and stop deals between political parties and private schools. The Greens have said the plan will extend to fund unlimited free TAFE courses. The Newstart payment will be increased weekly to $75 a week. The party will commit a further 10 percent to support students, teachers and staff.

The Labor party will guarantee TAFE funding, which will enable students to learn trade skills and give older workers the opportunity to re-enter the workforce.  The Bill Shorten Government will waive the fees for 100,000 TAFE students. It will also give priority infrastructure apprenticeships within Government. Regional Australians and people in areas with low graduation rates will also receive an additional $174 million of funding. The opposition will also provide access to three and four-year-old childhood programs along with providing $14 billion to public school funding as part of the needs-based school funding system. Labor will also lift the caps off universities to enrol students according to demand as opposed to having a cap on intake.

Allanah Scibrras is a third year Bachelor of Media and Communications (Journalism) student at La Trobe University. You can follow her on Twitter @lanasciberras

Photo by Nathan Cowley from Pexels