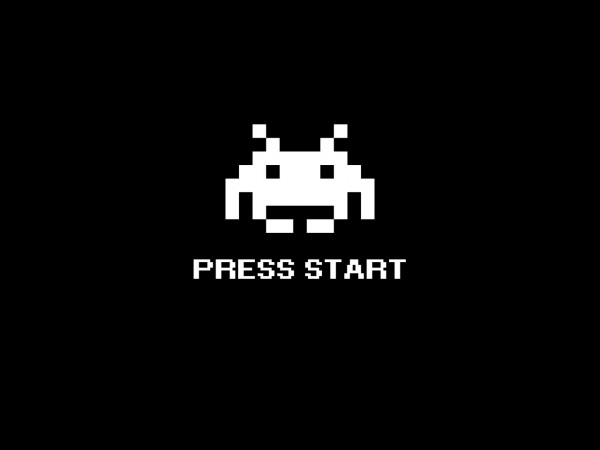 The looming senate inquiry into the future of Australia’s games development industry comes as an independent community emerges to fill the void left by overseas publishers.

The inquiry will consider initiatives to help secure a sustainable future for the industry. The public submissions process has so far presented a wealth of ideas.

In their submission to the inquiry, the Sydney chapter of the International Game Developers Association, argue that the future of the industry must be built around developing and retaining original content.

By creating intellectual property for themselves, and not large multi-national publishers, developers can exercise complete control over their revenue.

However, for independent companies lacking in funding, entrepreneurial endeavour isn’t that simple.

These small teams, which can consist of only two or three members, often don’t have the cash flow and business wherewithal to turn their creation into a commercially viable product. Private investors are also almost non-existent.

This is where coordinated government intervention is most needed.

The introduction of the Australian Interactive Games Fund (AIGF) in 2013 was a start to addressing this infrastructural vacuum.

Introduced by former arts minister, Simon Crean, the fund set aside $20 million to assist selected projects in developing and marketing their ideas. Much of this allocated funding was to be repaid once developers had generated sufficient revenue.

Paul Turbett from Black Lab Games argued that the AIGF was perfectly suited to the risk-laden nature of games development.

“By spreading a single fund across dozens of projects, it was far more likely to grow the industry as a whole, regardless of the success or failure of each individual project,” he said in his submission to the inquiry.

In what was a major blow to the emerging independent paradigm, the AIGF fell victim to the Abbott government’s cost-cutting regime a year into its scheduled three-year run.

Owing to the fund’s demonstrable success, respondents were unanimous in their support for the reintroduction of a similar funding model.

A majority of respondents also argued that funding would mean little without the kind of tax relief and concessions available to other creative sectors in the country.

While tax breaks for research and development are available for Australian developers, the system is notoriously difficult and costly to navigate.

The Canadian industry is held as a global paragon in this regard, measuring as the world’s largest on a per capita basis.

Canadian developers can qualify for rebates of up to 40 per cent when investing in the development and marketing of games projects.

However, solutions to Australia’s system may not be so remote, with many examples of functioning models existing far closer to home.

State-based initiatives have been implemented in Australia with great success, with Film Victoria providing varying levels of support for independent developers.

Victoria is the only state where developers can qualify for substantial financial assistance for the development and commercial release of gaming software.

Another innovative scheme in Melbourne is The Arcade – a shared game development space that operates out of the CBD, where several small studios co-exist.

The initiative is reflective of other similar schemes in Europe and North America, that are focused on providing an atmosphere of collegiality.

Implementing a producer offset scheme, similar to that enjoyed by the Australian film industry, would allow developers to recoup a percentage of funds spent on goods and services.

In a 2011 report into the sustainability of the Australian games industry, Screen Australian argued that extending concessions to games development could help “mitigate the perceived risks and make the sector more attractive to domestic and foreign investment”.

But will courting the foreign dollar risk poisoning the industry’s recovery?

The Binary Mill’s Simon Lydiard believes it will.

“To put it simply, this is not the kind of development Australia should be aiming to attract,” he said in his submission.

“[Major studio games development] is expensive, our locale makes it hard to work collaboratively… and high reward operations attract similarly high risk that consequently leads to job instability. This is best exemplified by the closure of… a plethora of AAA standard operations in Australia that prompted this inquiry in the first place.”

Professors Stuart Cunningham and John Banks, from the Queensland University of Technology, agree.

“[We] recommend a strong focus on policy interventions to build Australian businesses rather than primarily concentrating on incentives that will attract foreign investment, particularly when we see how quickly foreign-based developers divest when market conditions shift,” they said in their submission.

Despite the obvious need to play to its strengths, the industry may risk hampering itself if it defines itself too narrowly.

Bruce Thomson from Nnooo Studios, warned that concentrating exclusively on one type of business model would be to the detriment of the others.

“The current success of the independent developer movement is notwithstanding,” he said in his submission.

“From a macroeconomic perspective, the switch from a large studio work-for-hire model to a small independent developer model substitutes one narrowly focused industry group for another.”

For the games development industry to enjoy sustainability, it must be diversified in the types of products it produces.

A games sector made up of both small, domestic operations, and larger, foreign-owned ventures, may be the ideal mix.

“The fundamental reason why overseas games companies may establish operations in Australia has to do with the strength of the talent pool,” Cunningham and Banks said.

If the Australian games industry is measured by its available talent, then it appears to be in reasonable shape.

However, the government still has an important role to play. The instalment of a technologically sanguine leadership may have a significant bearing on the fate of the industry.

But the onus will be on the creative, enterprising spirit of the Australian developer community to forge a sustainable path for itself.

And that is something that only time, and possibly the outcome of the senate inquiry in April next year, will tell.

This is part two of a two-part series. You can read part one here.