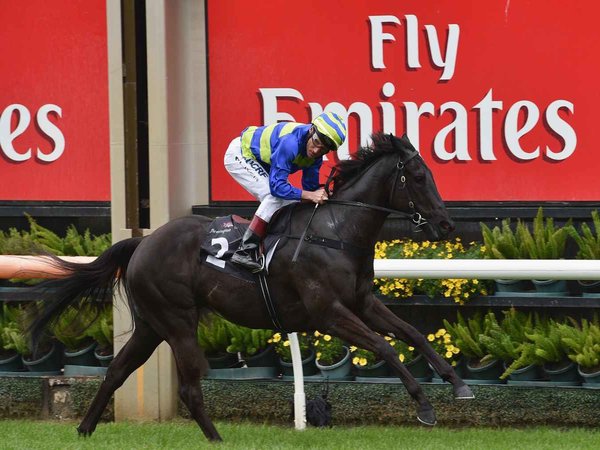 With one of the biggest horse races in the world just around the corner, it’s time to get stuck into the form guide to find the horses worthy of following at this year’s Spring Racing Carnival.

Last week, upstart analysed five of the best international horses, and now it’s time to pick the local horses who are set to star this season.

These are the Australian-trained thoroughbreds who can potentially fend off worldwide challengers, and keep the famous trophies in the country.

If you are new to racing, you might have missed the emergence of this future star. Now unbeaten from four runs, Petits Filous is one of the fastest three-year-old fillies in history. She has been running incredible times over sprinting distances, and has been completely dominant in her short career to date.

Trainer, Ciaron Maher, has indicated that she will be targeted at the Coolmore Stud Stakes down the Flemington straight on Derby Day. Her most recent run suggests that she is likely to be too hard to run down. She has proven she can run down the straight, shown that she can run outstanding times, and will show her very best this spring.

You can see her latest win here.

Chautauqua is one of the best horses in Australia, and possibly one of the best sprinters in the world. This season he could even prove himself to be the best racehorse on earth. He possesses an incredible turn-of-foot and an impressive will to win. Just under a month ago, Chautauqua resumed in the McEwen Stakes at Moonee Valley, and blew the racecourse away with an astonishing win.

The five-year-old grey gelding is sure to catch your eye in the coming weeks. He looks set for a huge spring.

You can see Chautauqua’s win in the McEwen here.

ODDS – Yet to be announced

This four-year-old mare is a beauty. After achieving Group One success in autumn at the Queensland Oaks, Winx recorded one of the wins of the year on Saturday, displaying an incredible finishing burst to win at Rosehill. Originally one of the favourites for the Caulfield Cup, she is now aiming for a win at the Cox Plate.

She will be a force to be reckoned with if she can handle the tight turns of The Valley.

Although he is yet to win, don’t rule out Alpine Eagle. The four-year-old is a budding superstar and has run very well in his two runs this season, most recently in the Makybe Diva Stakes. He has been caught wide and a long way from the lead in both runs and worked home strongly, which indicates that he is looking for more distance as his breeding suggests.

Alpine Eagle still has a lot to learn, however, if he can put it all together he is sure to be incredibly hard to beat. He is only getting stronger, so don’t lose hope, and be sure to follow him deep into the season.

If you want to back a long shot for the Cup, Tall Ship could be the one. Much like his stablemate, Signoff, who finished fourth in the race last year, this Irish import has worked through the grades since arriving for Darren Weir. He looks to have improved with every run. After fantastic preparation earlier in the year, culminating with a dominant win in the Warrnambool Cup, Tall Ship resumed with a nice run at Caulfield and seems to be ready for another step up.

It’s likely he will follow the same path Signoff tracked last year, and may need to win one or two races to gain a start in the Melbourne Cup. However, all indications are that he is ready to fire and could be a danger to his better-known competitors.