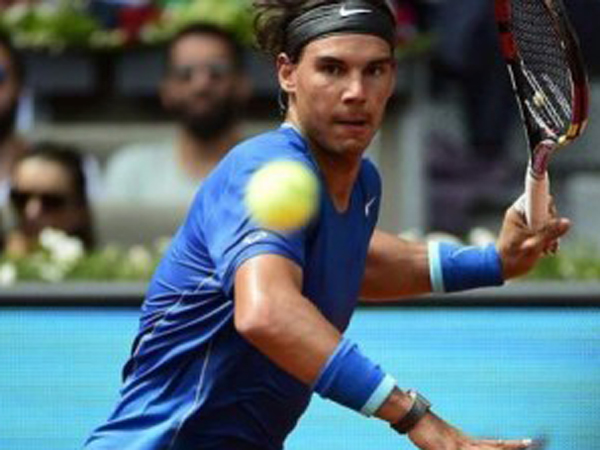 As the current World No.1, the Australian Open runner-up and the defending French and US Open champion, some would say Rafael Nadal is doing pretty well.

But the reality is that the Spaniard is struggling with form and injury problems that he must address before he reaches the French Open, starting May 25.

The 13-time Grand Slam champion turns 28 in June and, after a career filled with highs, it will be intriguing to see how Nadal deals with this current form slump.

He is a victim of his own high standards and there have been some surprising results of late from the undisputed ‘King of Clay’.

Before his Madrid Masters victory over an injured Kei Nishikori, Nadal failed to move past the quarter finals at the Monte Carlo Masters and the Barcelona Open.

He lost to compatriots David Ferrer and Nicolas Almagro respectively in uncharacteristic fashion. Nadal was bullied on the baseline and unable to attack the ball with his trademark intensity.

It’s difficult to accurately identify whether it’s solely form or injury that is affecting Nadal’s output during, historically, the most successful part of the season for him.

Nadal is coming off a back injury he received during the Australian Open final, coupled with his well-documented knee tendonitis – which has been an ongoing concern for most of his career.

The Madrid Masters title was a positive step forward for Nadal, however he has close to 4,000 ranking points to defend in the 2014 clay court season.

Unless he goes on to win the Rome Masters and the French Open he may find it difficult to hang on to his World No.1 ranking.

By maintaining his supremacy on clay, Nadal can take the pressure off himself leading into the grass court season, as the last two years have indicated that Nadal is struggling with the transition from clay to grass.

Nadal also appears to have altered his serve in order to combat his back injury, but right now it does not seem to be working with the desired effect.

There have been some subtle changes to his service action in order to alleviate the stress on his back. This can compromise power and spin and will be a concern until he is able to perfect the new action.

Spin is a signature component of Nadal’s game and if he can’t get the appropriate rotations on the ball, it can sit up in his opponent’s hitting zone.

Changing a stroke, even a subtle one, can be dangerous as it takes years to perfect one’s game. In Nadal’s case, altering his game is a necessity in order to guarantee longevity due to his style of play.

The constant injuries and form slump on his favourite surface could be signs that the once invincible ‘King of Clay’ is going through the inevitable decline.

Phillips believes the Spaniard deserves a pass mark but insists it’s unrealistic to expect Nadal to continue his unparalleled dominance on clay.

“He’s not setting the world on fire and history says you won’t produce the same results,” Phillips tells upstart.

“He took advantage of Djokovic and Federer not being there,” Phillips says.

When asked about the alteration Nadal has made to his game, Phillips agrees that the grueling playing style is possibly taking its toll.

“He has had to make more adjustments, it’s a young man’s sport,” Phillips says.

Looking beyond to the French Open, Phillips believes Nadal is still the one to beat as the World No.1 is gunning for an unprecedented ninth French Open crown.

“Any clay court event he has to go in as favourite,” Phillips says.

Nadal will now use the Rome Masters to try and rediscover the form that makes him almost unplayable against on clay.

If he doesn’t, he could miss a golden opportunity to equal American Pete Sampras on 14 Grand Slams titles, but more importantly be three shy of the all-time record held by Roger Federer.

Sean Munaweera is a third-year Bachelor of Journalism (Sport) student at La Trobe University, and a staff writer for upstart. Follow him on Twitter: @sean_muna.