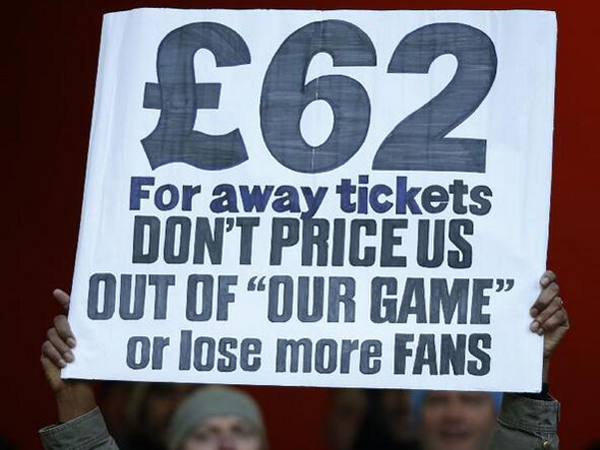 There’s been a great deal of angst about the AFL’s new ticketing system.

Journalists and fans alike have vented their frustration about the variable pricing scheme introduced for the 2014 home-and-away season.

The general consensus is that these prices are unreasonably high and are to blame for some underwhelming crowd numbers in the first three rounds.

Perhaps, though, the backlash has been unwarranted.

Much like the English Premier League, the AFL has devised a system in which blockbuster games, such as those between Collingwood and Carlton, demand higher ticket prices.

However, variable pricing also reduces the prices of games likely to draw lower crowds, allowing for many supporters to actually spend less this season to go to the footy.

AFL Commercial Operations Manager Damien Birch told afl.com.au that the new system is an improvement, not a backwards step.

“Variable pricing is about maximising attendances, finding a way to maintain affordability for the fans and also maximising the financial and revenue returns for clubs,” Birch said.

“That’s a fantastic entry price to go and see a game of footy.”

While Birch acknowledged that supporters would sometimes have to pay more than in previous years, he maintained that going to the football is not too expensive.

“At the end of the day, we need to make sure that the door-to-door cost of football is maintained at an affordable level.

“I think that most fans are happy with membership prices and the ticketing prices now have a range of choices that give people the option to be able to go to the football at a price which is affordable.”

@WLudbey Fair point but I have watched sport around the world. AFL ticket prices are ridiculously cheap especially season tickets.

However, it’s when you start comparing the cost of AFL matches to international codes, that suddenly the prospect of going to the footy appears relatively inexpensive.

Take, for instance, attending an Arsenal home game in the EPL this year.

The absolute minimum that a non-member must pay is around $46, and that’s not including the extra $4 required for booking.

It’s worth mentioning that the above price is only for a ‘Category C’ match – attending a game against Liverpool or Manchester United will set non-members back more than $100 (assuming they can get a ticket).

And that’s not to say members’ prices are much cheaper, either.

Head over to the west and it’s clear that American sports are also a serious offender of high prices.

The cheapest tickets for Friday night’s game between the New York Knicks and the Toronto Raptors at Madison Square Garden will set you back $147.

Those who want to see the Knicks’ clash with the Chicago Bulls on Sunday night will now have to cough up at least $257.

The NHL isn’t much easier on the wallet – the cheapest seats for Sunday’s game between the Boston Bruins and New Jersey Devils still cost nearly one hundred dollars.

In fact, of the major American sports, only baseball can be considered relatively cheap.

Attending the Thursday game between the New York Yankees and the Boston Red Sox at Yankee Stadium can cost only $25, though these seats come with obstructed views.

Regardless, it remains clear that international ticket prices for sporting events still dwarf those in Australia.

The AFL’s variable pricing scheme may have ruffled a few feathers, but a little perspective can show that things aren’t quite as bad as they may appear.

Until forking out hundreds to go to the footy is standard practice, perhaps we should turn our attention to the astronomical beer prices.