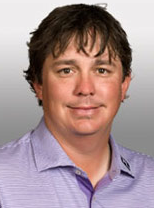 The last 16 golf majors have been won by 16 different golfers. That trend will continue at The Ocean Course this weekend, when Jason Dufner wins his first major.

The 35-year-old American has finished top five in the last two PGA championships, finishing tied fifth in 2010 before losing out to last year’s winner Keegan Bradley in a playoff.

Dufner is in the best form of his career, with two PGA tournament wins this season and a tied-fourth placing at the US Open in June.

The long course at Kiawah Island will suit Dufner, with this year’s course set at 7,676 yards, the longest in major championship history.

His two tournament wins this year at the Zurich Classic and at HP Byron Nelson Championship were both well over the 7,000-yard distance, and should suit the right-hander.

A seventh place at last weekend’s Bridgestone Invitational at Ohio also showed solid signs that Dufner is building towards something big, not to mention picking up a cool $210,000 US.

He shot 66 and 67 in the first two rounds, and a two-under 68 on the last day after a disappointing 73 on Saturday.

In fact, in 17 starts this season, Dufner has missed just one cut.

He sits second in PGA prize money for this season, behind only Tiger Woods, who will be Dufner’s biggest threat.

The longer course will also suit Woods, who loves to use his two-iron off the tee to set up his second shot.

Woods is an $8 favourite with TAB sportsbet, with Dufner a cool $23 to take out his debut major.

Tiger sits second in the world and, at his best, could win this tournament by three or four shots.

Bunkers had Woods in trouble during the final round at the Open Championship last month, but with new bunker rules exclusive to this weekend’s tournament, Woods should feel more comfortable to play an attacking style of golf.

The PGA of America has decided that all sand will be regarded as ‘waste areas’ and not hazards, which means the golfers will be allowed to take practice swings and pick out shells or rocks before taking their shot.

The rules however have not been linked to the infamous Dustin Johnson penalty at the 2010 PGA, where the American was penalised two shots on the 72nd hole at Whistling Straights for grounding his club, costing him the opportunity to compete in a playoff in which Martin Kaymer defeated Bubba Watson.

Johnson believed the sand he was in was part of the natural terrain, and not regarded as a bunker, grounding his club before taking his swing.

But officials penalised Johnson, and he missed out on making the playoff.

Sand at The Ocean Course however is deemed to be part of the natural terrain, and therefore will play as ‘through the green,’ incurring no penalties for grounding of clubs or practice swings.

This should be a benefit to not only Woods, but the whole field.

However if Woods shows glimpses of his best, his ball striking will make him hard to beat.

From Australia’s perspective, Adam Scott will be hoping to make amends for his Open Championship collapse.

However Scott also participated in the Bridgestone Invitational last weekend, finishing tied-45th, suggesting he has a bit of work to do to bounce back.

Dufner on the other hand is entering the tournament high in confidence, and should be right in the mix come Monday morning Australian time.

Coverage of the 94th PGA Championship starts on Friday at 4am AEST, on Fox Sports 1.