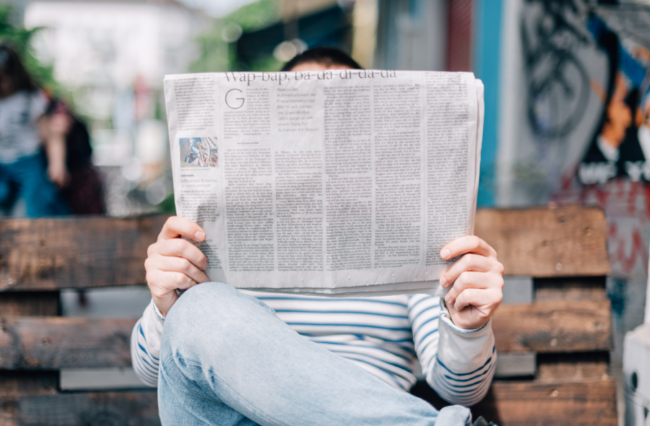 New research by the Public Interest Journalism Initiative (PIJI) revealed that there was a strong viewpoint shared by philanthropists and news media figures that philanthropy had a role to play in supporting the Australian journalism industry.

Despite this viewpoint, PIJI’s CEO Anna Draffin says not enough research has been done to prove how philanthropic funding for news media would work in Australia.

“The lack of information about the levels of philanthropic interest and funding for public interest journalism is a significant barrier to understanding the long term potential for NFP mechanisms and models in Australia,” she says.

This research was done in order to examine philanthropic donors interest in giving to news as a different form of news media funding. This is as, according to the report, advertising fell by billions of dollars between 2001 and 2016 leading to thousands of job losses. Between 2014 and 2018 alone there was a loss in around 800 full-time equivalent staff in Australian public interest journalism.

The research found that there is potential to grow philanthropic support for public interest journalism in Australia, but it would currently be difficult for news providers to access funding due to current charity and taxation laws.

This is because journalism doesn’t fit neatly into one of the 12 charitable purposes as outlined by the Charities Act 2013 that would allow a news organisation to register with the Australian Charities and Not-for-profits Commission (ACNC). Charitable organisations registered with the (ACNC) are able to receive special tax treatment.

Organisations that are registered charities can also apply for deductible gift recipient (DGR) status which allows the organisation to claim tax deductions on gifts and donations made to that organisation.

Whilst there isn’t a way for news production to easily fit into DGR status, creating a new DGR category for public interest journalism is frequently proposed.

In 2011 the Shadow Minister for Communications and Arts at the time, Malcolm Turnbull, said that tax-deductible status for journalism could be worth an investigation.

“There would be some merit in considering whether some level of support could be given, in terms of deductible gift recipient status, for not for profit newspapers, online or hard copy or both, which committed to a code of conduct analogous perhaps to that subscribed to by the ABC,” he said.

Since then, in 2018 the Guardian Civic Journalism Trust was established. The fund is managed by Melbourne University and is used to fund educational activities for journalism students at the Guardian.

The Guardian Australia has since discussed the difficulty associated with the Guardian Civic Journalism Trust model and suggested a new DGR category for “civic journalism”.

“A public fund maintained for the purpose of providing money for civic journalism or an institution whose sole activity is the undertaking or support of civic journalism,” they said.

Their suggested definition of “civic journalism” also closely mirrors that of “public interest journalism” adopted in the final report.

“Journalism that investigates and explains public policy and issues of public interest or significance with the aim of engaging citizens in public debate and informing democratic decision-making.”

In its Digital Platforms Inquiry final report, the Australian Competition and Consumer Commission (ACCC) recommended that a new category be created for news organisations to get a DGR status if they “create, promote or assist the production of public interest journalism.”

In this, the ACCC also suggested that news organisations should be required to display a level of separation from their owners with their own editorial decisions and abide by codes of conduct of ethics.

While no news or civil society organisations opposed this, many organisations expressed disappointment that DGR was the only tax reform measure in the final report.

In their response, the Centre of Media Management said whilst they support the report, they regret that the ACCC proposal will have limited application in the news media industry as they backed away from their draft proposal to implement tax offsets for producers of public interest journalism.

“We believe the overarching goal is to improve and enhance the financial and commercial viability of the news business … we want to see a diverse media sector capable of standing on its own two feet rather than reliant on philanthropy,” they said.

This strategy was less popular than creating a new DGR category for journalism.

Although, there have already been precedent for establishing such entities for philanthropic givers in particular sectors such as Creative Partnerships Australia (CPA).

In their submission to the Treasury on the Digital Platform inquiry, Philanthropy Australia discussed this kind of strategy and suggested it could create an independent charitable organisation as an alternative if the Government is not inclined to extend DGR status.

Photo: Man sitting on bench reading newspaper by Roman Kraft is used under a creative commons photo as is available HERE.