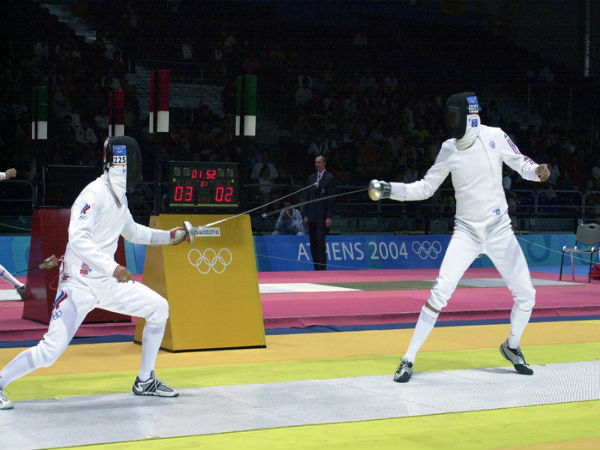 For most of us, fencing is a term that conjures up images of either the Olympic Games or a painstaking task for farmers.

In the first instance we tend to forget the sport exists, other than perhaps once every four years ­– when we find ourselves in front of a television on a rainy afternoon watching the Olympics.

Fencing could be described – along with archery, wrestling and synchronised swimming – as a fringe sport. It enjoys maximum exposure at the Olympic Games, where there are ten separate fencing events.

At the London 2012 Games, 212 athletes from 43 nations competed in the sport. Fencing powerhouses Italy, Russia and the United States fielded teams of 15, 15 and 16 respectively. Australia failed to even meet qualification requirements.

There are 22 fencing clubs in Victoria (including school league participants), yet Australia is yet to earn a medal at the Olympics. Greg Benko achieved the highest ever position for the green and gold, finishing sixth in the individual foil in Montreal 1976.

The majority of the population who do not actively seek information will have little to no exposure to fencing outside the Olympics. Once that unique festive period of elite sporting competition comes to an end, fencing quickly takes a back seat in the public eye; with the exclusion of those most passionate about it.

Jay Ryder, from Camberwell, fenced for four years throughout high school, becoming state champion each year across a number of competitions. The right combination of curiosity and chance led him into the world of what is often nicknamed ‘physical chess’.

“I literally saw it briefly one day on TV and the idea germinated in my head,” he said.

Upon learning more of the sport, the 20-year-old found appeal in the unique skill required to compete.

“It’s a very complex sport,” says Ryder. “The most similar sport to fencing is boxing: both require immense technical prowess and understanding of distancing from opponents.

“Everything is relative to your opponent – it’s quid pro quo in fencing and boxing. I really loved the multifarious disciplines required for fencing.”

Fencing demands not only an unflinching focus on the opponent, but also an expert understanding of the different weapons, parries and footwork required.

While this is precisely what interests active participants such as Ryder, it means that someone watching the sport without any knowledge of it will find it virtually impossible to follow the true flow of the match.

“Fencing doesn’t have the typically Australian machismo behind it as is prized in Australian culture – fencing is more concerned with very precise technique and control,” says Ryder.

“It’s not seen as the most masculine sport in Australia, but Europe is completely different in this regard. Virtually all other parts of the western world are heavily supportive of fencing.”

Sadly, the grueling nature of fencing took its toll on Ryder and he was unable to continue despite his promise as an athlete.

“I stopped because training 20 hours a week during my final year of high school was too much,” he said.

“The dedication required to be at the level I was at was fairly stressful… aside from that, there’s not far to go (to reach the peaks of) Australian fencing. To be truly good, you need to live in Europe and train there.”

Unfortunately, there’s nothing to suggest the status quo will change – meaning Australian fencing is unlikely to truly thrive and expand like it has in Europe.

In the meantime, the sport will have to make do with its passionate participants until Rio 2016, when the rest of us will take a fledgling interest once again.