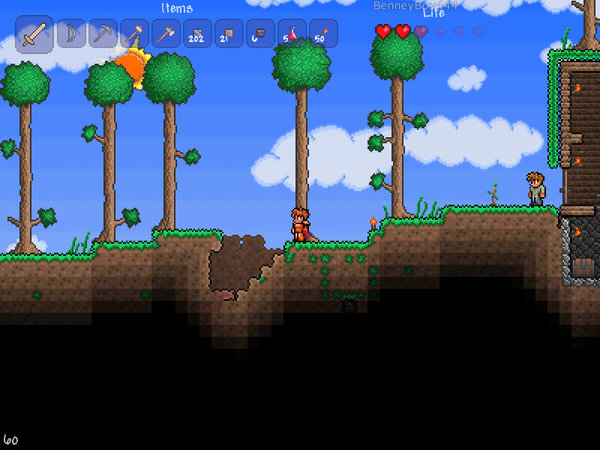 It seems photorealism is no longer the major drawing factor for avid modern gamers.

This style of graphics, generally referred to as ‘pixel graphics’ and is the same style of classic retro arcade games like Pacman, Mario and DOOM. Yet, still manages to rival modern powerhouses like Call of Duty.

Whether gamers enjoy this style for the nostalgia they supply, or for love of the graphics style itself, the markets are sending a clear message; graphics aren’t everything.

The message can be clearly illustrated by which games have been hits in recent years, including Minecraft, Terraria and Starbound to name a few.

Minecraft alone has sold over 18 million copies on PC, not to mention the line of toys and apparel it has also spawned.

The interesting thing is that these sort of games are mainly developed by independent developers and not the industry heavyweights.

This is not to imply that any game with pixel graphics will automatically be a hit, or that AAA titles such as Call of Duty or Grand Theft Auto cannot compete against them.

Rather, it shows that these sorts of games aren’t entirely outdated and have a chance in the modern gaming industry by competing against the better looking titles.

This stands in complete contrast to Crytek CEO Cevat Yerli, who told the XBOX 360 Magazine that “It’s always been about graphics driving gameplay.” 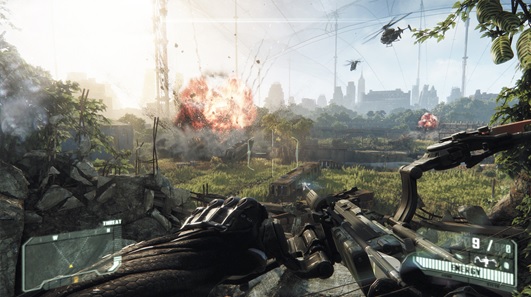 Crytek’s Crysis 3 is an example of the level of photorealism graphics are reaching today.

The Crytek developed Crysis series has always had an emphasis on graphics above all else and is still considered a benchmark for PC graphics today, so their position is understandable.

But it’s not backed by evidence, with the market showing that sufficiently good gameplay will be preferred over pretty graphics.

Price is a major drawing card for pixel graphic games, as most, if not all, are independently developed and the prices rarely exceed the thirty dollar mark.

This is in contrast to the prices of major release games, which can hover at anywhere between $80-110.

Rampant Coyote, a developer with Rampant Games, explains this in greater detail.

So these style of games are simpler to make, which helps them maintain their niche in the market.

However, price does not explain the attraction all by itself. A cheap game is not a good game necessarily. A far larger factor is the nostalgic appeal.

This style of graphics is reminiscent, if not nearly identical in some cases, to the style of games that pioneered the gaming industry. Titles like DOOM or Golden Eye were limited in graphics, but hugely successful.

Rampant Coyote goes on to explain that part of the reasoning behind the prevalence of 2D, pixel based graphics is that the developers “write what we love”, and “today’s indies are products of the Nintendo and Sega generations”.

This helps explain part of the appeal to consumers today; the retro design gains traction with people raised on early games, which generally had similar graphics.

But Nathan Vella from Capybara Games argues nostalgia isn’t the only force driving pixel art games in the market. “Certainly, nostalgia is a factor with pixel art, but it isn’t the beginning nor the end of the style. We believe that pixel art is just that – ­an art style” he says. 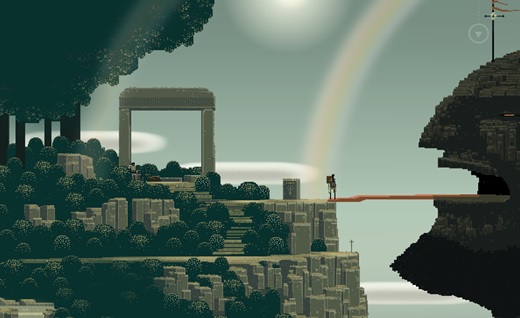 A screenshot from the IGN review of Superbrothers: Sword and Sorcery.

Capybara Games has plenty of experience with artistic pixel graphics; their critically acclaimed hit Superbrothers: Sword and Sorcery being a fine example of Vella’s claim.

Meunier’s comments reflect the notion that despite the level of photorealism major titles show off, games with retro graphics can still compete and find a fan base.

So it seems the interests in pixel graphics remains undeniable and that in modern gaming world, the ‘pixel’ could be worth a thousand downloads.

Michael Martino is a third-year Bachelor of Journalism student at La Trobe University. You can follow him on Twitter: @Darth_Martinus