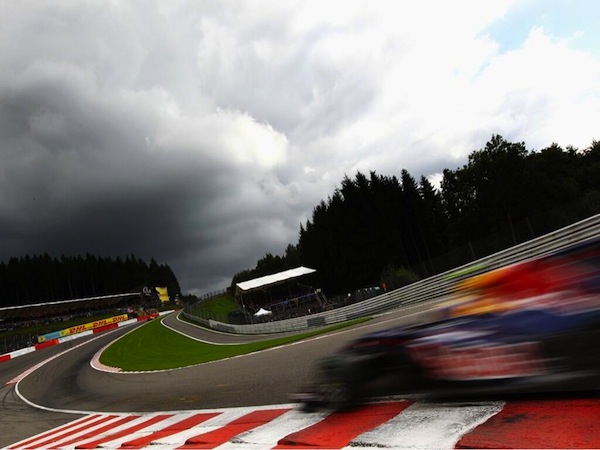 Following a month-long layoff, the Formula One circus roars back into life at the picturesque Spa-Francorchamps circuit, in Belgium this weekend, in a Grand Prix that rarely disappoints.

Set in the mountainous Ardennes region, Spa provides a thorough test of both man and machine. The circuit’s incredibly high average speeds, sweeping curves and undulating nature, make it a favourite with drivers but an absolute nightmare for engineers, who must find a compromise for a track that requires very different demands.

This is what makes Spa so intriguing.

Teams who bring a high-downforce aerodynamic package would get an advantage through the long high-speed corners, but in turn leave them exposed on the Kemmel straight.

On the contrary, a low-downforce set-up equates to pace through the opening and closing sectors, but it also means time will be given up in the all-important middle-sector.

Teams must find a happy medium – something that in the ego-driven world of Formula One is rarely ever achieved.

Then there is the always unpredictable weather – that only Spa can bring.

Due to its mountainous setting, rain arrives without any warning. While that is a problem in itself, the biggest dilemma for the drivers is that some parts of the track remain dry, making tyre choice a near impossibility to get right.

Speaking of tyre-choice, Pirelli is bringing its two hardest compounds to Spa, because of the array of high-speed corners and the resulting high load on the front tyres in particular.

To add to the challenge, Spa is home to one of the most famous corners in world motorsport – Eau Rouge. Drivers head downhill into the base of the corner in seventh gear, before navigating through an uphill sequence, of left-right-left corners at over 300kph, where over 5G of lateral g-force is pushed onto the driver’s body.

Eau Rouge is pivotal in putting together a flying lap, as achieving maximum speed on the exit, onto the long Kemmel straight, is vital in terms of gathering momentum to attack the second sector of the circuit.

In a change from last year, a second Drag Reduction System (DRS) zone has been added to the start/finish straight. Whether it was required or not is certainly up for debate, as Spa already provides ample overtaking opportunities, and the addition of another ‘push to pass’ zone may make passing far too easy.

It’s at Spa where the second half of the fight for the 2013 world championship begins. Red Bull’s Sebastian Vettel currently leads the pack with a solid 38-point lead over Lotus’s Kimi Raikkonen, who has a solitary one point gap from Ferrari’s Fernando Alonso.

So, who are the contenders for this weekend?

Spa has never been a track that has suited the championship-leading Red Bulls. Whilst they revel in the high-speed corners that Spa provides, their problems in terms of straight-line speed mean that they struggle to overtake on the track’s long straights. It may be a case of damage limitation in terms of championship points for Sebastian Vettel, but then again you simply cannot count out the Milton Keynes based outfit.

Kimi Raikkonen is known as the ‘King of Spa’, thanks to his four Grand Prix wins at the prestigious circuit, and he would have to be among the favourites to take the chequered flag come Sunday. The Finn won’t be bothered by the speculation surrounding his rumoured possible move to Red Bull, and at his favourite track nothing less than a podium finish would appease both him and his Lotus team.

Mercedes is a team that has certainly got its act together of late, and Lewis Hamilton is quickly emerging as Sebastian Vettel’s biggest threat, despite a poor start to the year. Mercedes’ raw pace cannot be questioned, however there are still lingering doubts over reliability – something that will surely be tested at Spa.

The McLaren’s of Jenson Button and Sergio Perez are still too far off the pace to even be considered a chance for a win. Button will be resigned to the fact that he won’t be repeating his heroics at Spa last time around.

It’s almost impossible to pick a winner at Spa, but what is certain is that it will be every bit as chaotic as years gone by.