As the race for the AFL premiership heats up, two teams will book themselves a place in the 2021 AFL Grand Final this weekend. 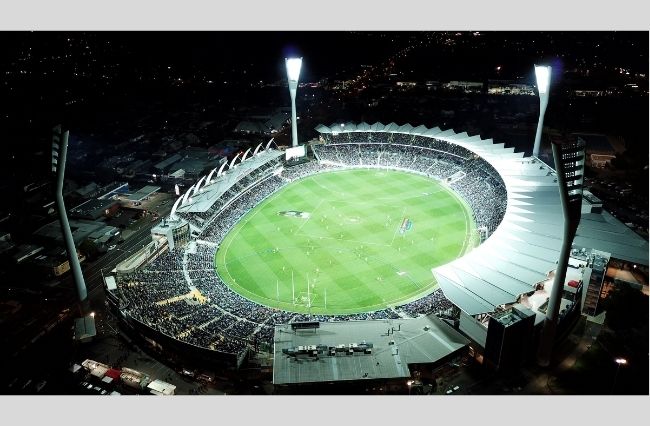 With the AFL entering the preliminary finals stage, four sides will be looking to book themselves a spot in this year’s grand final. Here’s a look ahead to these blockbuster encounters.

The first preliminary final will see Melbourne take on Geelong at Optus Stadium in Perth tomorrow night. The game scheduled for 7:50pm (AEST) looms as a hotly contested match, with Melbourne searching for the elusive flag that has escaped them for 57 years and Geelong looking to give themselves another chance at premiership glory following last year’s grand final disappointment.

It was only three weeks ago that both sides last faced each other when Max Gawn’s goal after the siren handed Melbourne the minor premiership in what was a thrilling finish to a see-sawing game of football.

Melbourne coach Simon Goodwin says that while some learnings can be drawn from the game, this weekend’s contest will be decided on who can execute best on the night.

The road travelled to the preliminary finals weekend has been different for both sides. Melbourne overcame Brisbane by 33 points in the qualifying final a fortnight ago to advance straight to a preliminary final, while Geelong was able to capture some of their best form to overcome Greater Western Sydney (GWS) last week following a loss to Port Adelaide in Week One of the finals.

Geelong will be forced into at least one change with Brandon Parfitt requiring surgery for a hamstring tear he sustained last weekend against GWS. Meanwhile, Melbourne’s Michael Hibberd is reportedly set to return to the side in the place of fellow defender Joel Smith who injured his hamstring at training this week.

“Someone in the medical profession who hasn’t had the opportunity to look at the situation in detail, throwing haymakers like that from the cheap seats I think is highly unprofessional,” he said.

With both sides boasting numerous stars of the competition, there are a host of exciting potential matchups to look forward too. Melbourne key defenders Steven May and Jake Lever will be looking to thwart the attacking prowess of Tom Hawkins and Jeremy Cameron, while Melbourne midfielders Clayton Oliver, Christian Petracca and Jack Viney face Geelong’s Patrick Dangerfield, Joel Selwood and Cam Guthrie in the centre of the ground.

On Saturday night at 7:40pm (AEST), the second preliminary final will see Port Adelaide host the Western Bulldogs at Adelaide Oval, both sides vying for the last spot in the 2021 AFL Grand Final.

Port Adelaide has won 10 of its last 11 games and enter the game full of confidence following a comprehensive 43-point victory against Geelong in their qualifying final. On the flipside, the Bulldogs have done it the hard way, having beaten both Essendon and Brisbane to secure a spot in the preliminary final.

On the selection front, Port Adelaide will have to make a decision as to whether young forward Mitch Georgiades regains his spot in the side after recovering from hamstring soreness to be available for selection. The Bulldogs will be forced into at least one change with small forward Cody Weightman being ruled out with concussion earlier this week. They will also be sweating on the fitness of captain Marcus Bontempelli who sustained a knee injury in the final minutes of last week’s match.

The last time these two sides met was also in Round 23 when Port Adelaide triumphed by 2 points in a nail-biting contest to secure a home qualifying final.

The home crowd will again be right behind Port Adelaide, pushing them on to redeem themselves after last season’s preliminary final heartbreak against Richmond. For the Bulldogs, they’ll be looking to emulate their successful run in 2016 which saw them claim silverware.

Photo: Afl by night by Daniel Anthony available HERE and used under a Creative Commons Attribution. The image has not been modified.