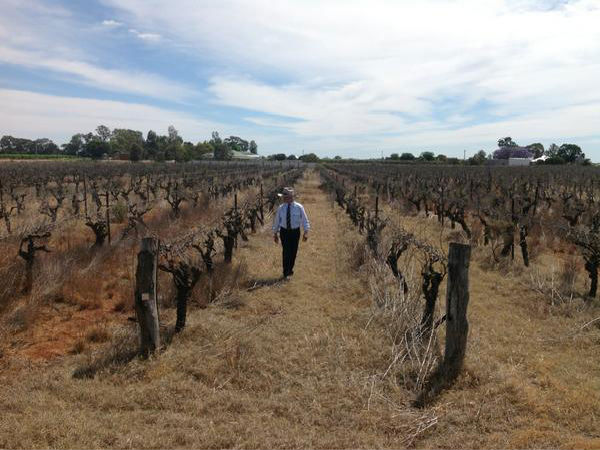 Australia’s agricultural industry is one of the biggest in the world, with 135,997 farms covering more than 61 per cent of the nation’s land.

At its agricultural peak, the country was renowned for its self-efficiency, with the ability to sustain its own needs.

Victoria has long been the ‘dairy state’, accounting for 50 per cent of the domestic market, Western Australia the ‘grain growing state’, producing over 15 million tonnes annually, and Queensland ‘the cattle state’, processing 40 per cent of Australia’s red meat.

But, Australia’s agricultural industry is on a rapid decline – with foreign investors owning approximately 50 per cent of all farmland.

Katter’s Australia Party founder, Bob Katter, has estimated that in seven years time, the milk in our coffee – in all likelihood – won’t be Australian. Neither will the eggs on our toast or the meat and vegetables on our dinner table, with foreign investors likely having taken control of the country’s most fundamental needs.

“The quality of our fresh produce will diminish and every food item in a plastic bag or a can at your local supermarket will be foreign,” says Katter.

“We are going back to the bad old days, where farmers were treated as ‘serfs’ for foreign landlords and are slowly emerging into the world’s net importer of food.”

It seems 1 in 10 vineyards are gone. Each one represents a lifetime of pain & sacrifice that have ended in misery. pic.twitter.com/meIGcRxM

National Parks and Indigenous-owned land make up a vast percentage of the country’s surface, which cannot be used by farmers due restrictions set in place by government regulations.

“According to Australian Government statistics, approximately one-third of the remaining land is now foreign-owned. Some of the countries buying up land are India, China, Brazil and Indonesia,” says Katter.

Once these countries buy into the Australian agricultural business, they cannot afford, or choose not to meet the average wage of an Australian farmer – $43,300 a year.

“When the price of produce is exchanged into Australian dollars, farmers only get half of the price they sold it for.

“This is the major reason why agriculture is doomed in this country, the Australian dollar is just too high,” says Katter.

The higher dollar has also created price and market pressures, which in turn have lowered the revenue generated by farmers.

Despite recently falling back from its record highs, the dollar remains at unprecedented levels, drastically impacting the value of imported produce. In many cases, farmers are forced to lower prices to remain competitive with foreign markets.

As a result of the high value of the Australian dollar, Australian farmers are struggling with such high debts, and the only buyers in the market are foreigners.

“The current interest rates in Australia are sitting at 2.7 per cent, while the rest of the world is on 0.2 per cent,” says Katter.

If the Reserve Bank was to lower current interest rates, the costs of living, doing business and investing would theoretically also decrease.

Low interest rates also weakens the dollar, which could be a good thing for Australian farmers.

“Naturally Australia is the place to invest all your money.

“If we switch our policy from the high dollar to low dollar and contrast our high interest rates in line with the low interest rates overseas, that would fix the problem up. But the government won’t do it,” says Katter.

Regardless of political allegiance, there’s no denying Australian farmers are doing it tough. But, it’s a turmoil still ignored by many – especially those in parliament.

“They’re in their own little free market Alice in Wonderland world,” says Katter.

Kathleen O’Connor is a journalist for SYN’s current affairs program Panorama and a third-year Bachelor of Journalism student at La Trobe University.