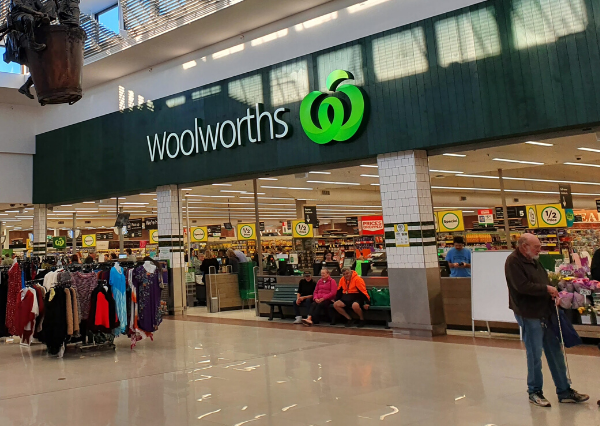 Supermarkets this morning announced dedicated shopping hours for the elderly and people with disabilities amid the corona virus pandemic.

The scenes of panic buying that have unfolded over the past weeks have seen many vulnerable people in the community unable to purchase essential items like pasta, flour and toilet paper.

Woolworths and one IGA store in Altona have announced that they will create priority hours to help look after the more vulnerable in our society.

Those carrying a government issued concession card will be able to access the Woolworths stores one hour before the store opens to the public from tomorrow until at least Friday.

Woolworths Supermarkets Managing Director Claire Peters says the move has been prompted by the unprecedented demand over the past week, which has seen many elderly people missing out on vital items.

“This temporary measure will give them, and those with a disability, the opportunity to shop before ​our stores officially open – helping them obtain the ​essential ​items they need most in a less crowded environment,” she said.

There has been some concern that the 7 a.m. until 8 a.m. time is not practical for those that are supposed to benefit from this measure. Opening arrangements are set to be revised on Friday.

Woolworths have now stopped their home delivery service in an effort to get stock back onto shelves.

The supermarket has begun processing refunds and said they hope to resume this service as soon as possible.

Woolworths have also partnered with Meals on Wheels in New South Wales to deliver toilet paper directly to the elderly. It is not yet clear if this will be implemented in Victoria.

Woolworths has asked Australians to be mindful of the vulnerable people in our community.

“Now – more than ever – we need to be kind to each other, especially to those most vulnerable,” Claire Peters said.

Full terms and conditions and any exclusions to the measures will be released on the woolworths.com.au website later today.

Photo: Woolworths supermarket store in Ipswich by Vakrieger available HERE and used under a Creative Commons Attribution. The image has not been modified.