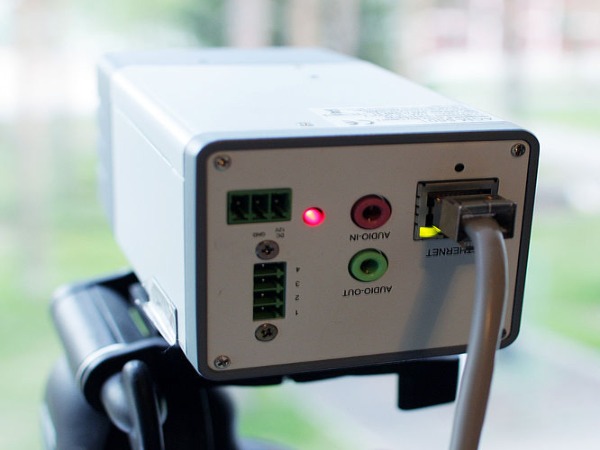 In the wake of a flood of concerning news regarding the possible collusion of Australian citizens with foreign insurgency regimes, the Australian government has proposed a wave of new anti-terrorism laws that are in reality completely unjustified.

Among the proposed changes to legislation, are the following systems: 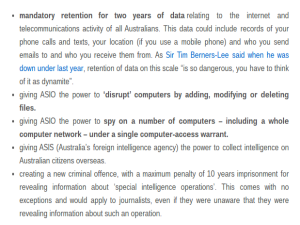 These seemingly drastic surveillance powers were announced by the Australian government last week following reports from both Syria and Iraq that Australian citizens have been actively involved in these respective conflicts.

“I am sorry to have to tell you that per capita, Australia is one of the largest sources of foreign war fighters to the Syrian conflict from countries outside the region,” Federal Attorney-General George Brandis told the Centre for Strategic and International Studies.

But is the installation of such significant surveillance legislation really necessary? Recent history would dictate that it certainly is not.

In April of this year, Europe’s top court struck down a proposed European Union(EU) law forcing telecommunications operators to store private data, email and phone information for up to two years, a policy remarkably similar to the proposed Australian model.

Despite its alleged usefulness in combating terrorism, the European Court of Justice (ECJ) declared the legislation illegal, judging it too invasive.

“The directive interferes in a particularly serious manner with the fundamental rights to respect for private life and to the protection of personal data,” said the ECJ.

Back across the North Atlantic similar lessons are there to be learned from what’s described as the ‘Global Surveillance Disclosures’ and the life and times of former National Security Agency contractor Edward Snowden.

In 2013, Snowden allegedly stole a cache of top secret documents pertaining to the operational details of the United States government and its allies, namely those of the Five Eyes agreement, in relation to a global surveillance infrastructure spying on the lives of foreign nationals and US citizens.

Since Snowden first began leaking documents to the media in early 2013 the United States government and its partners in the UKUSA Agreement (Australia, Canada, New Zealand, United Kingdom) have been condemned for the international spying network.

In December of 2013 a Washington federal judge ruled that the bulk collection of American telephone records by the NSA is likely unconstitutional, with programs such as the NSA’s ‘Dragnet’ likely in breach of the fourth amendment.

“The government does not cite a single case in which analysis of the NSA’s bulk metadata collection actually stopped an imminent terrorist attack,” Judge Richard Leon wrote.

“Given the limited record before me at this point in the litigation – most notably, the utter lack of evidence that a terrorist attack has ever been prevented because searching the NSA database was faster than other investigative tactics – I have serious doubts about the efficacy of the metadata collection program as a means of conducting time-sensitive investigations in cases involving imminent threats of terrorism.”

Is this really the path that Prime Minister Tony Abbott and his government wish to follow?

Perhaps the best solution to the issue of terrorism on the Aussie frontier is the most straightforward one – benevolent isolationist foreign policy.

Rather than tackle potential terrorist threats in Australia head on with potentially invasive surveillance laws which would likely see the rights to privacy of innocent everyday Australians violated beyond belief, the government should aim to create a foreign policy charter and international reputation which eliminates the want and desire for both foreign and local entities to attack the lives of innocent Australians.

Naive? Misguided? Perhaps in the eyes of some, but for others the success of nations such as Japan, Sweden and Switzerland is a lesson worth learning in the face of potential government sanctioned mass personal privacy violation.