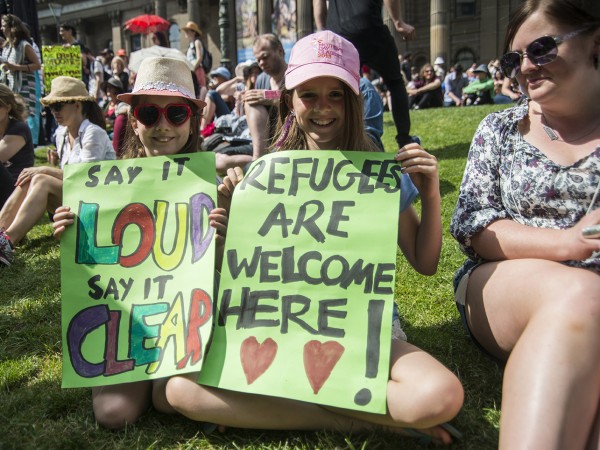 On Sunday, around 2,000 people protested against Australia’s current refugee policy.

The protesters walked from the Victorian State Library, via Swanston Street, Bourke Street and Lonsdale Street in the CBD.

Greens senator, Sarah Hanson-Young, was in attendance, and spoke about the harmful effects of mandatory detention and offshore processing. 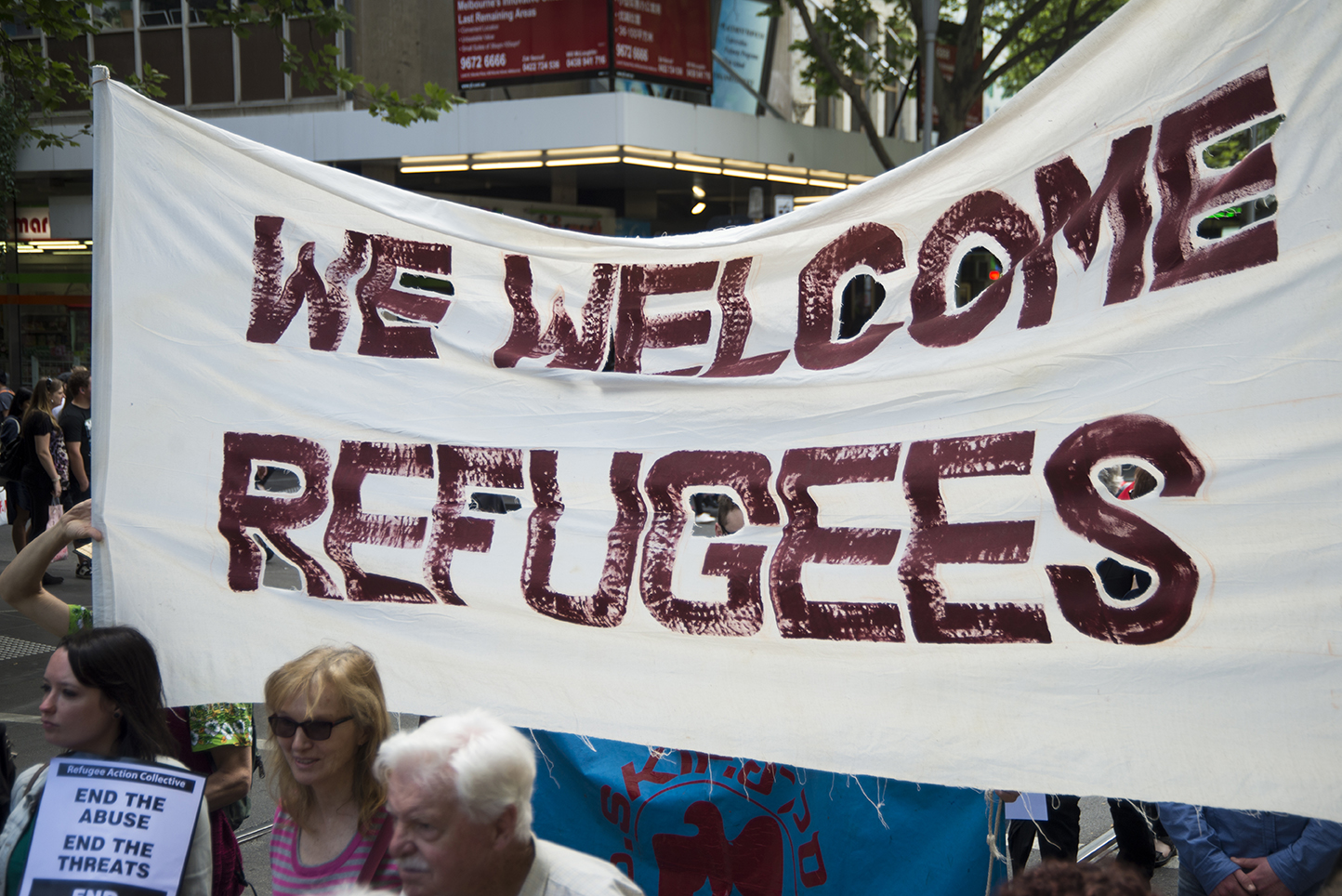 Protesters gathered at the Victorian State Library to protest against mandatory detention and offshore processing of refugees. 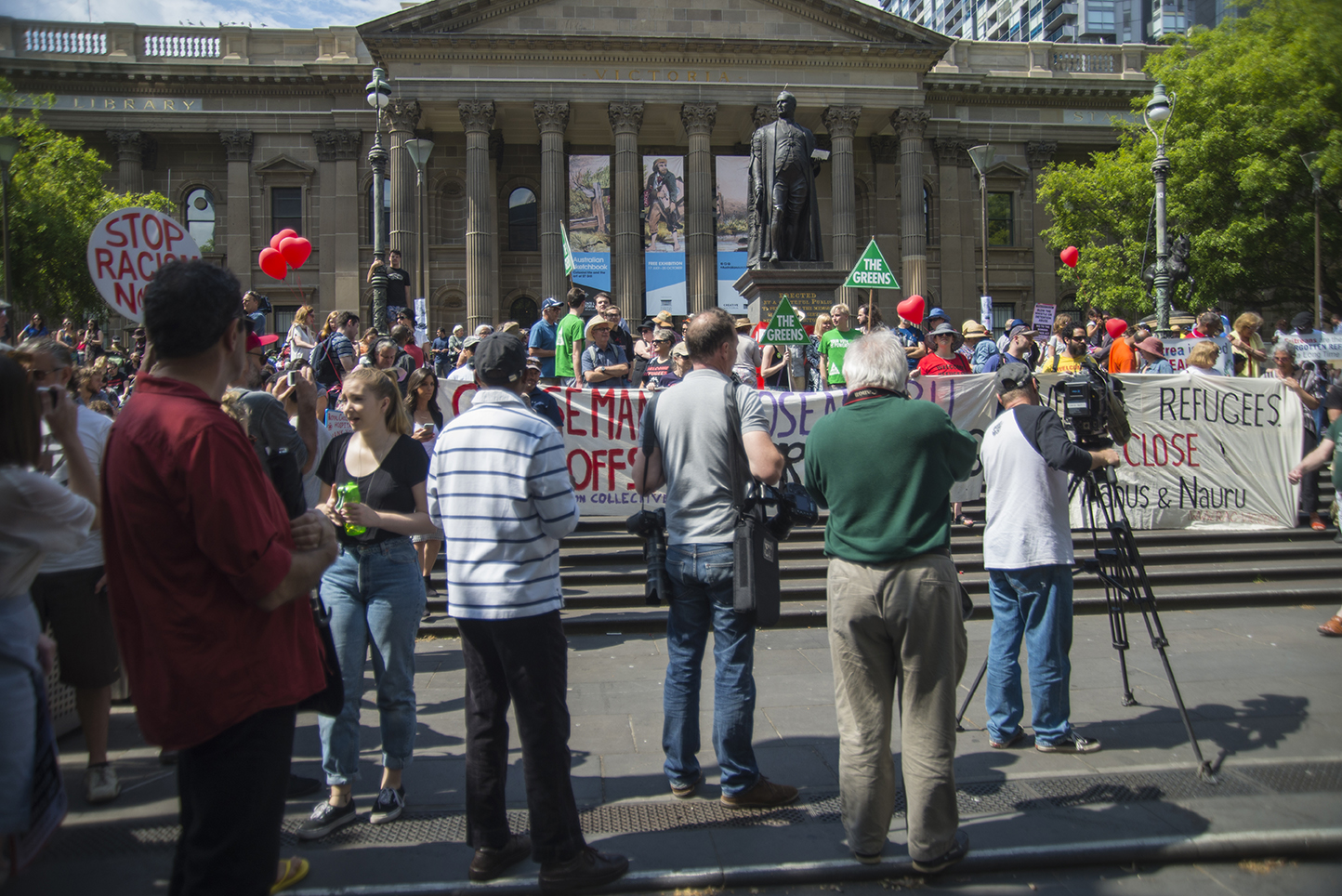 Melbourne media in attendance at the rally. 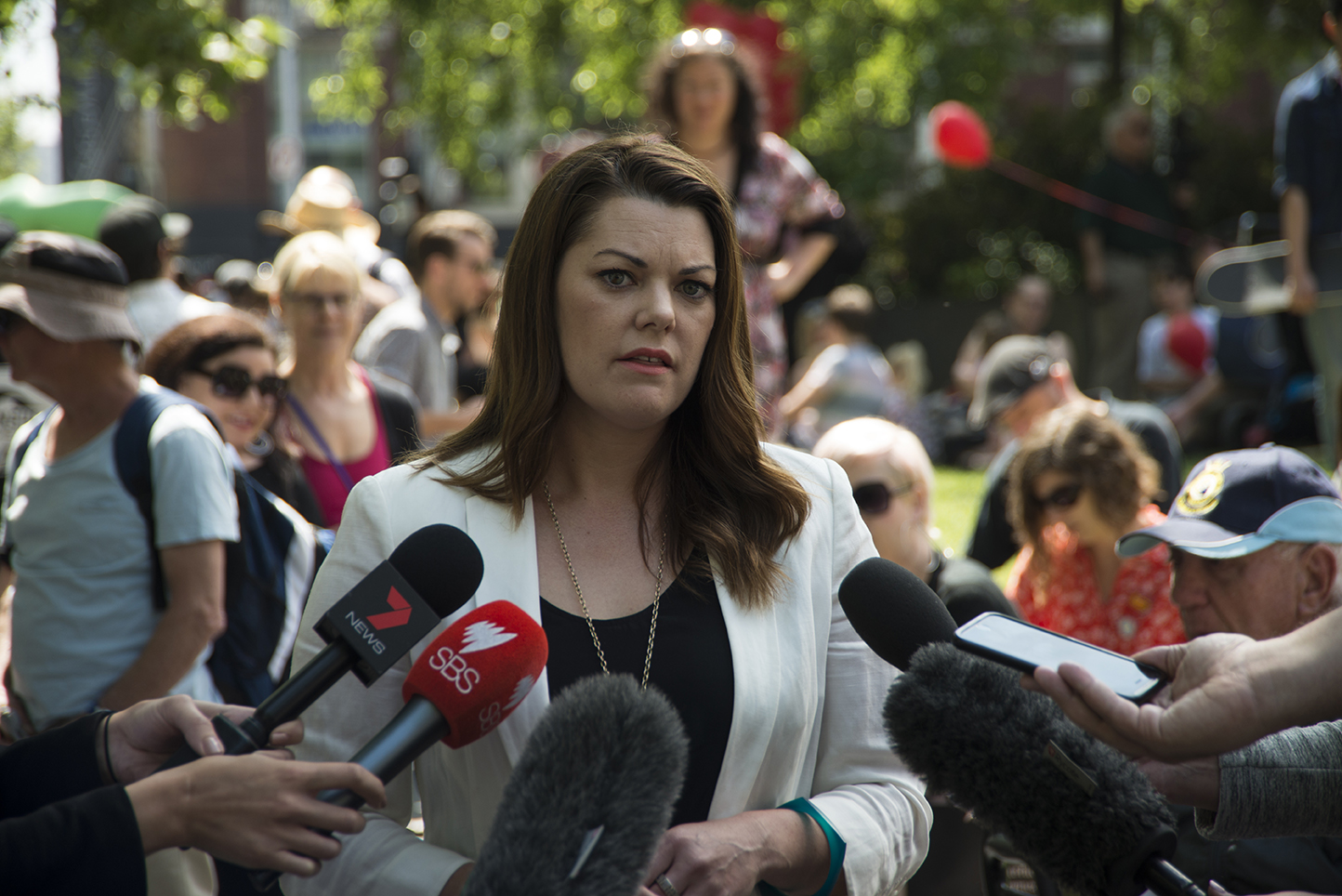 Hanson-Young speaking out against the government’s handling of refugees. 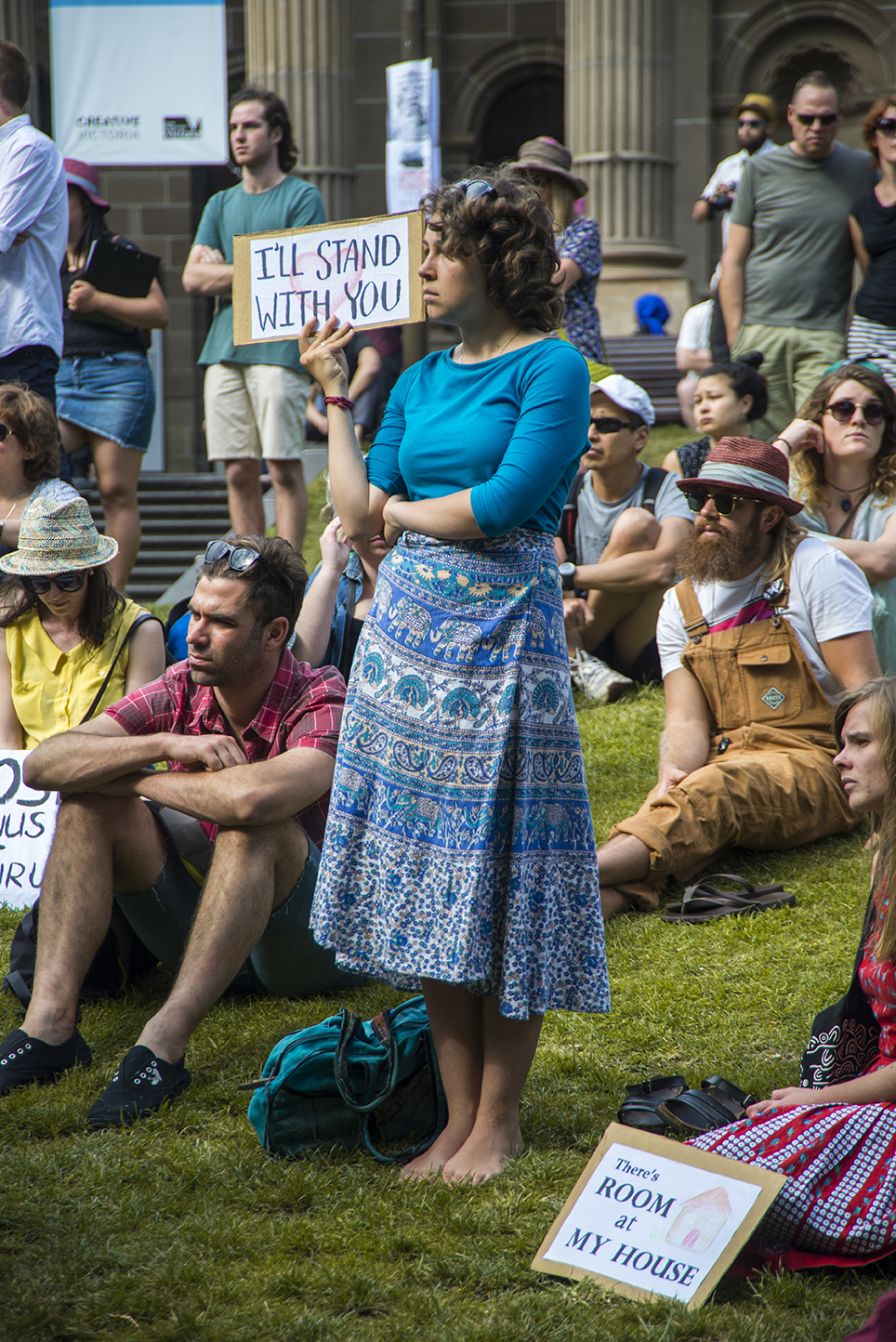 Members of the public show support for refugees and asylum seekers. 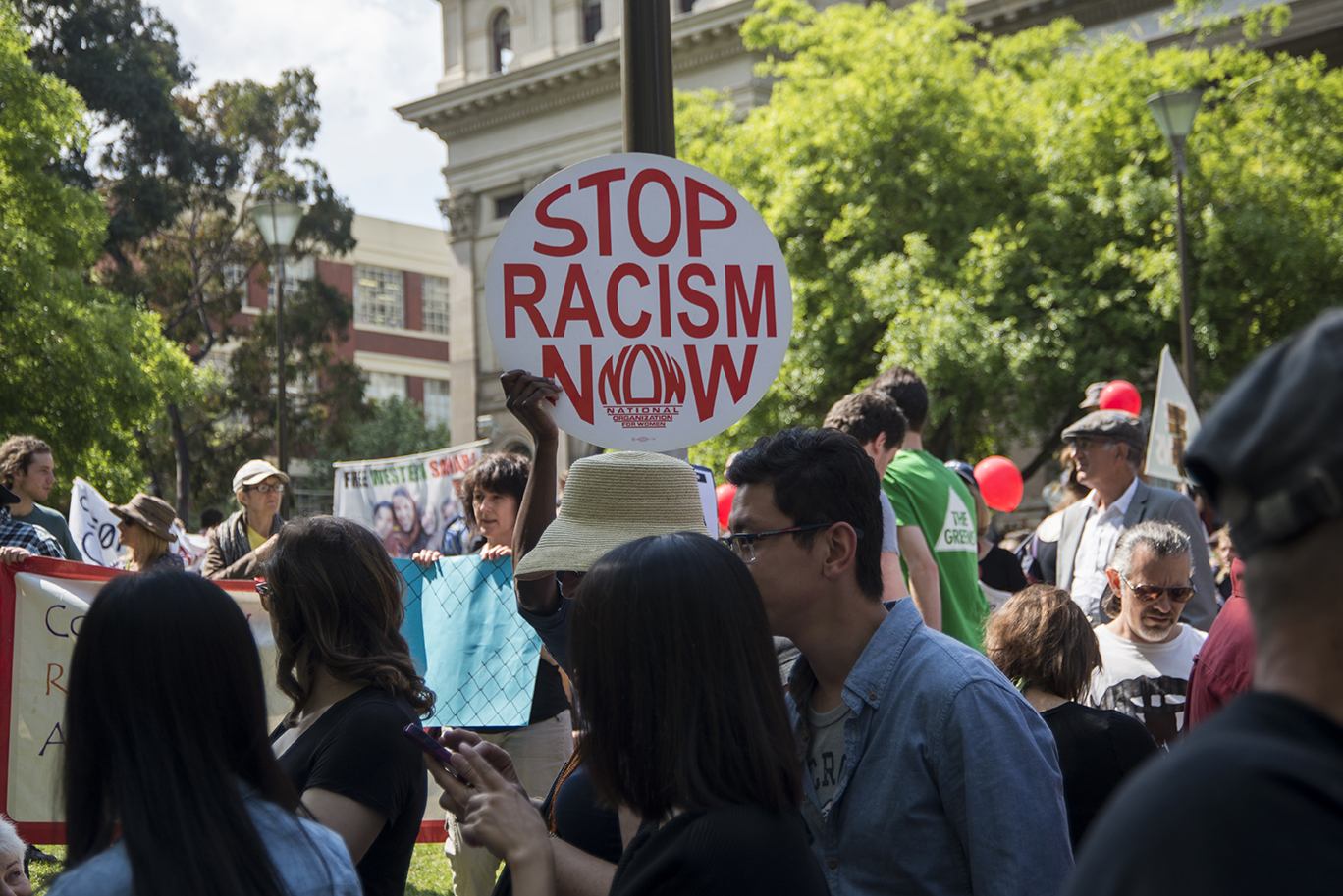 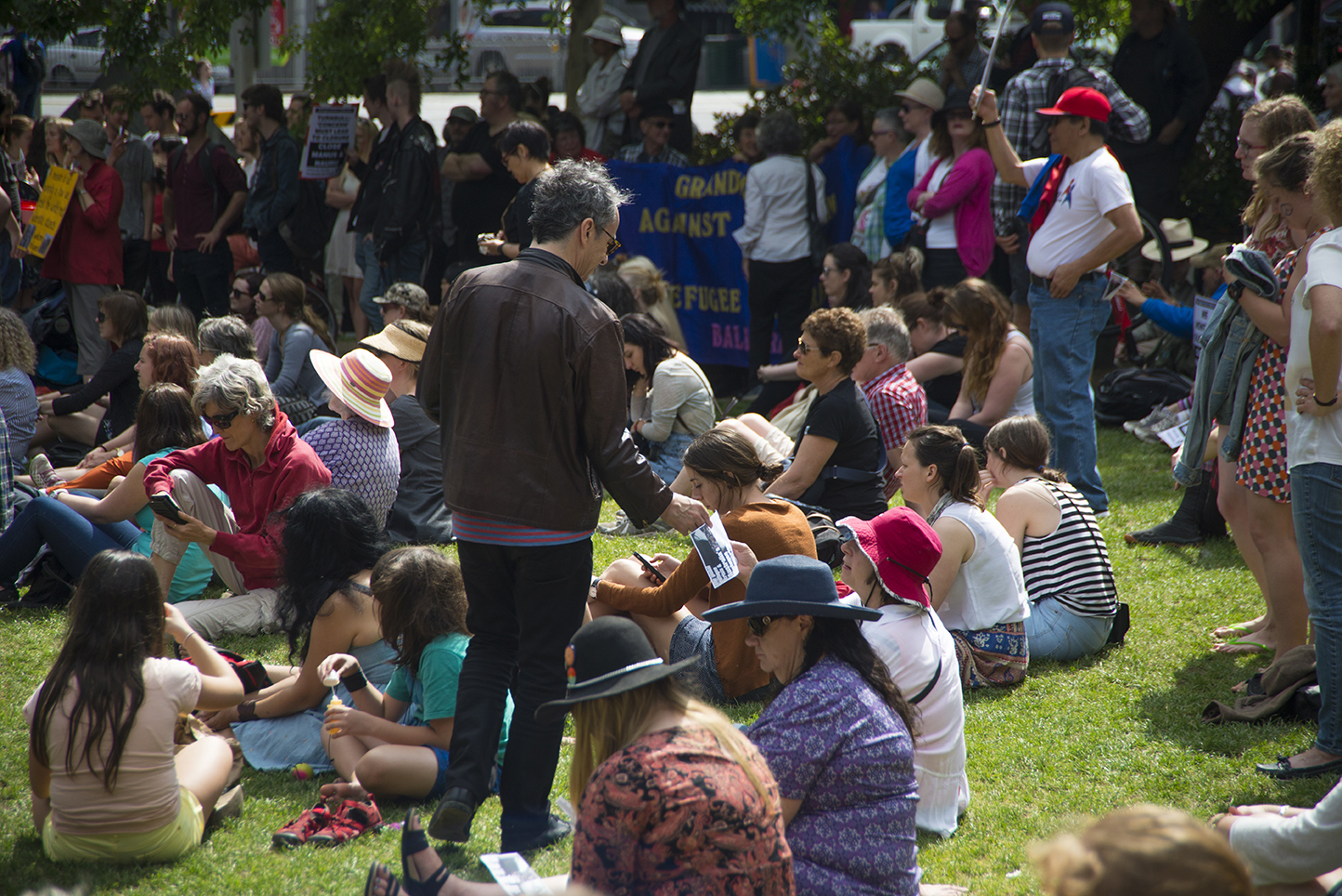 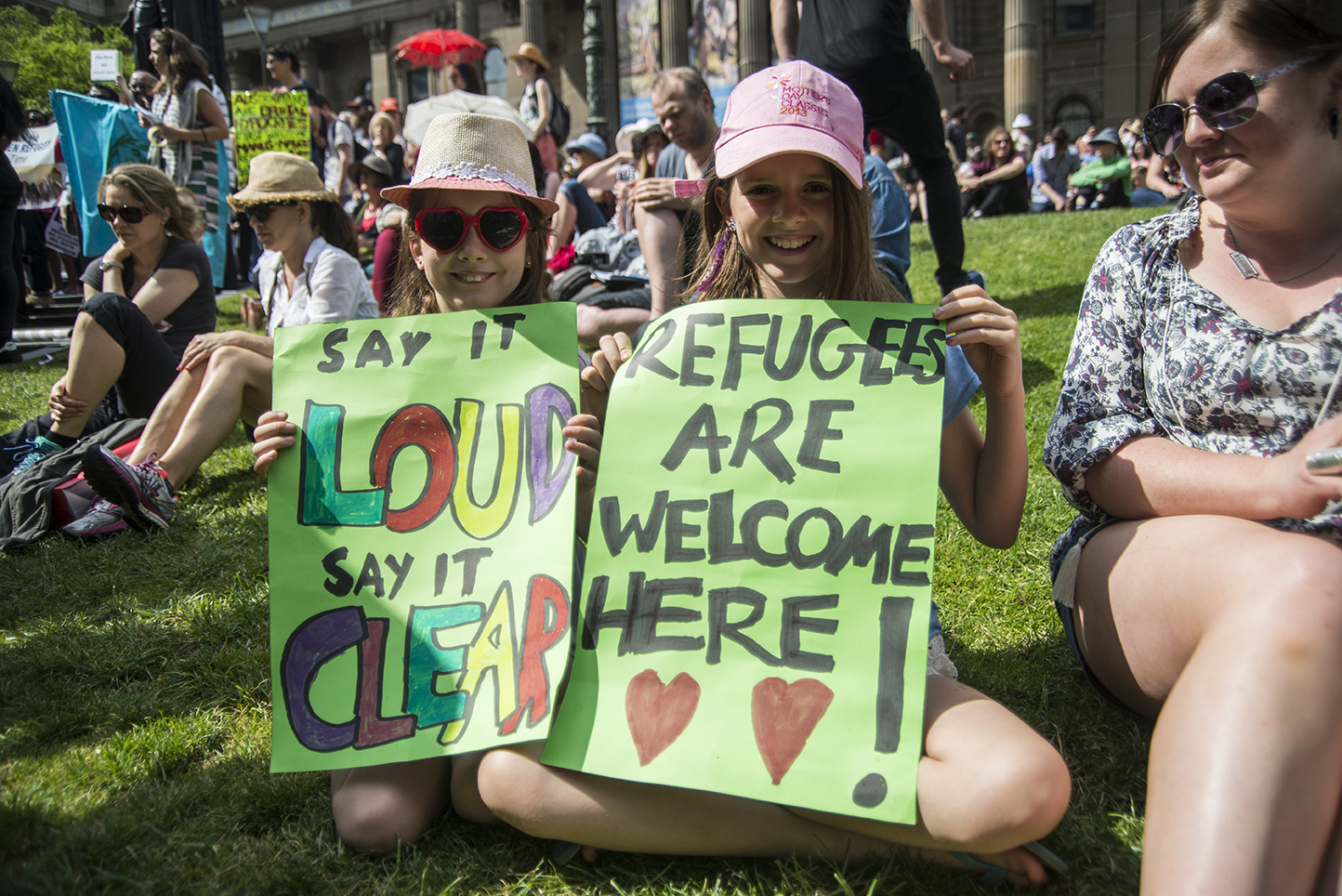 Two young girls attend the rally with their mother in support of refugees and asylum seekers. 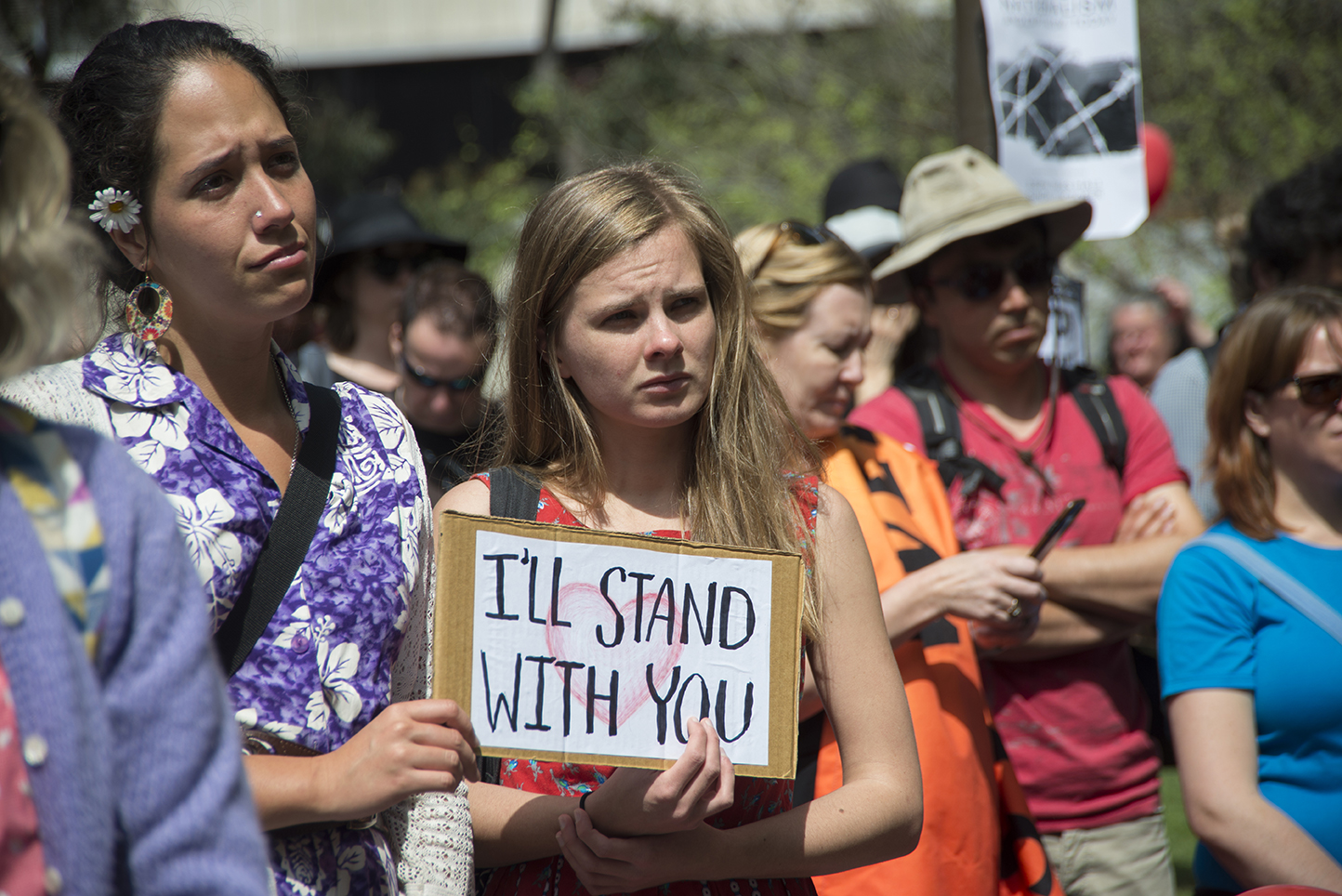 Emotions run high as Hanson-Young speaks about treatment of refugees. 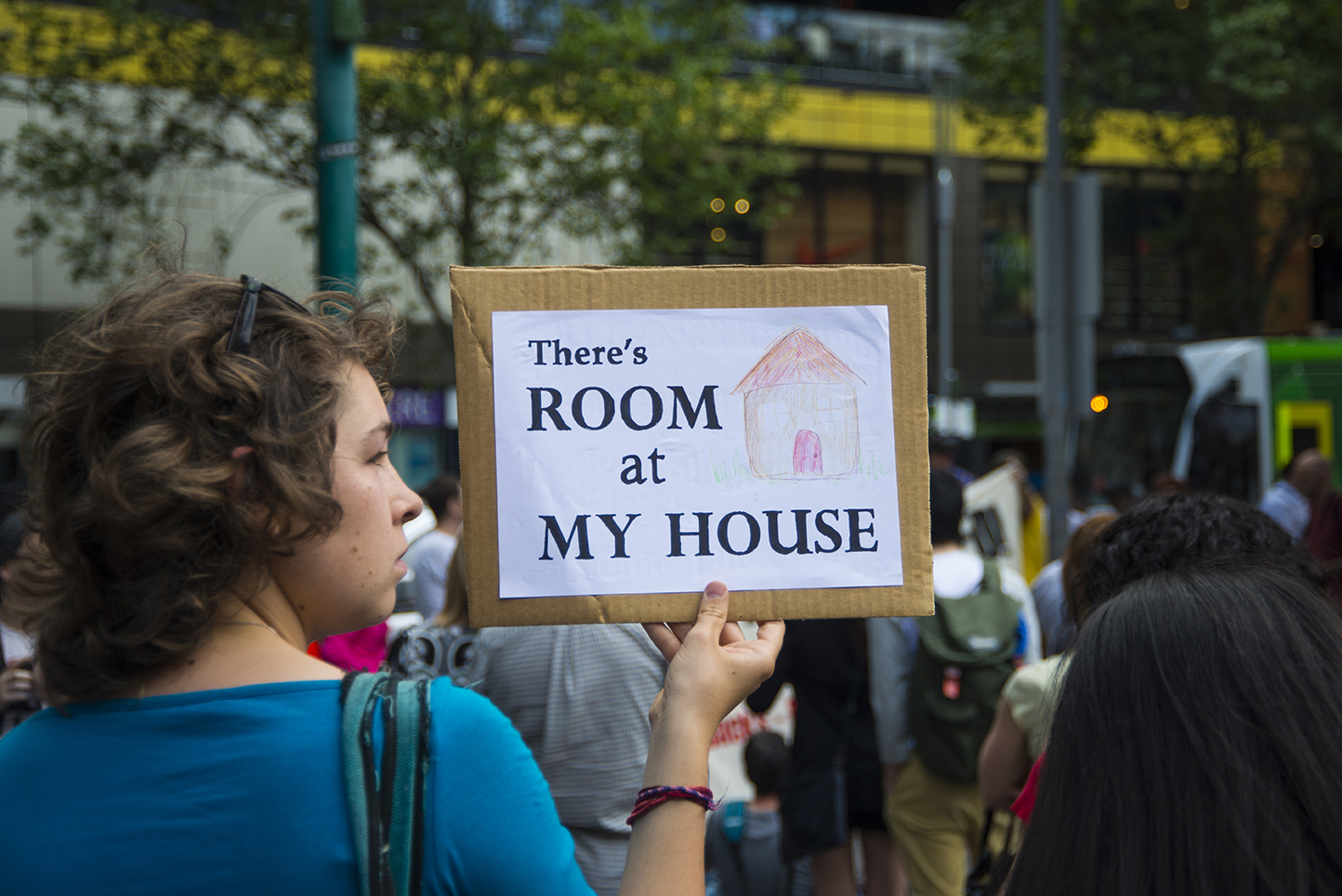 Australians respond to the increased intake of Syrian refugees with the slogan: ‘There’s room at my house’. 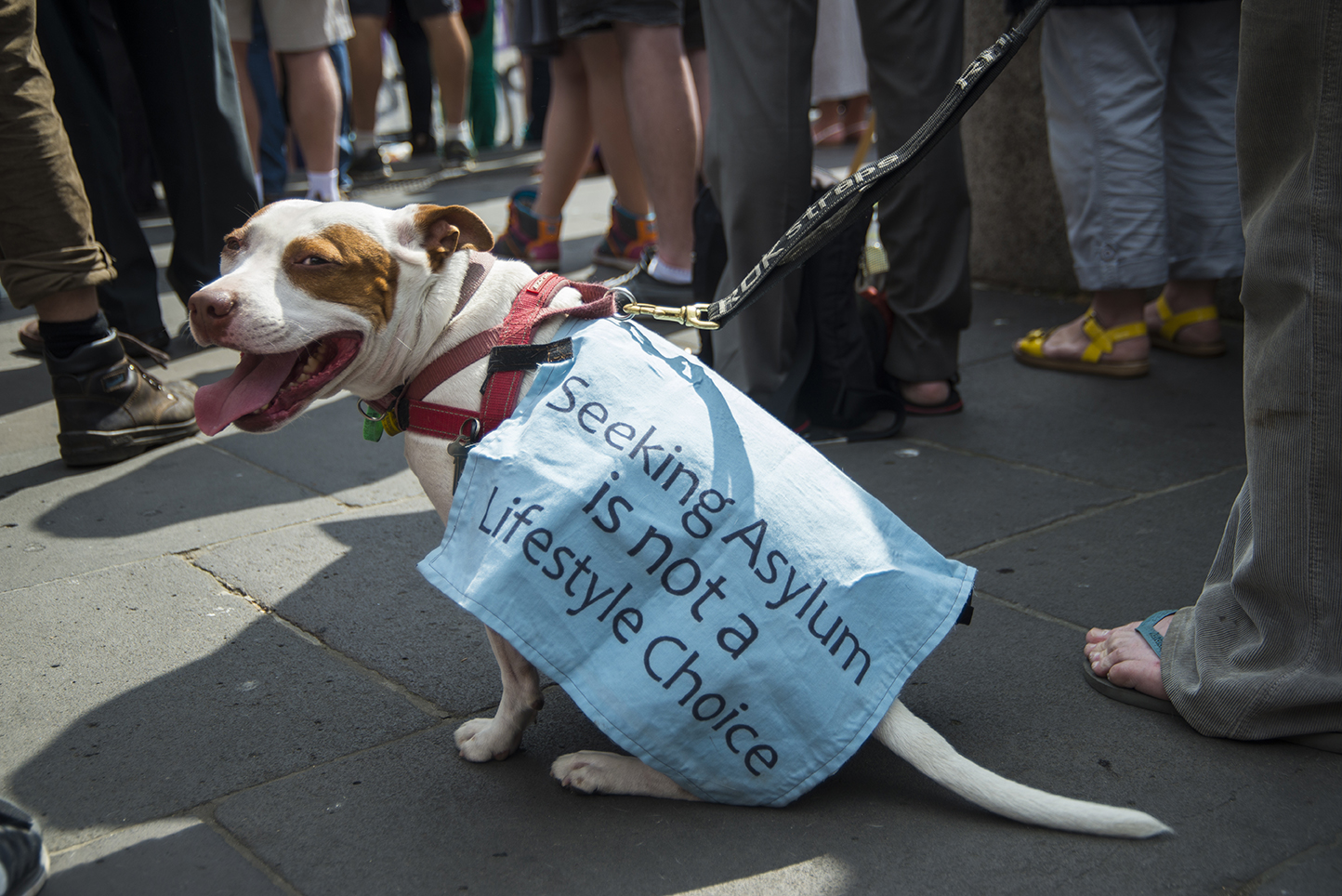 Even the pets of Melbourne were dressed appropriately. 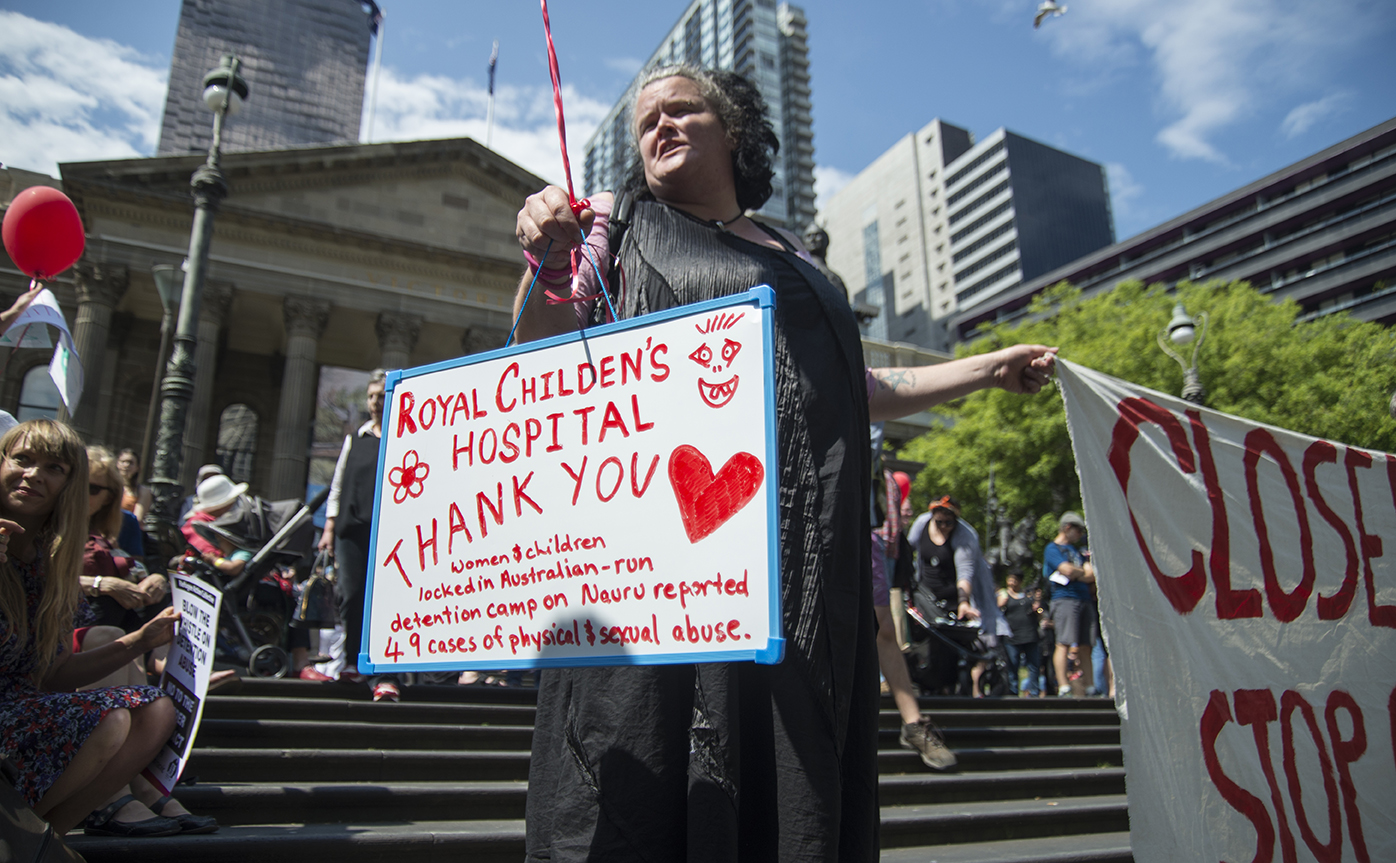 There were reports over the weekend that doctors from Melbourne’s Royal Children’s Hospital are refusing to send refugee children back to detention centres. 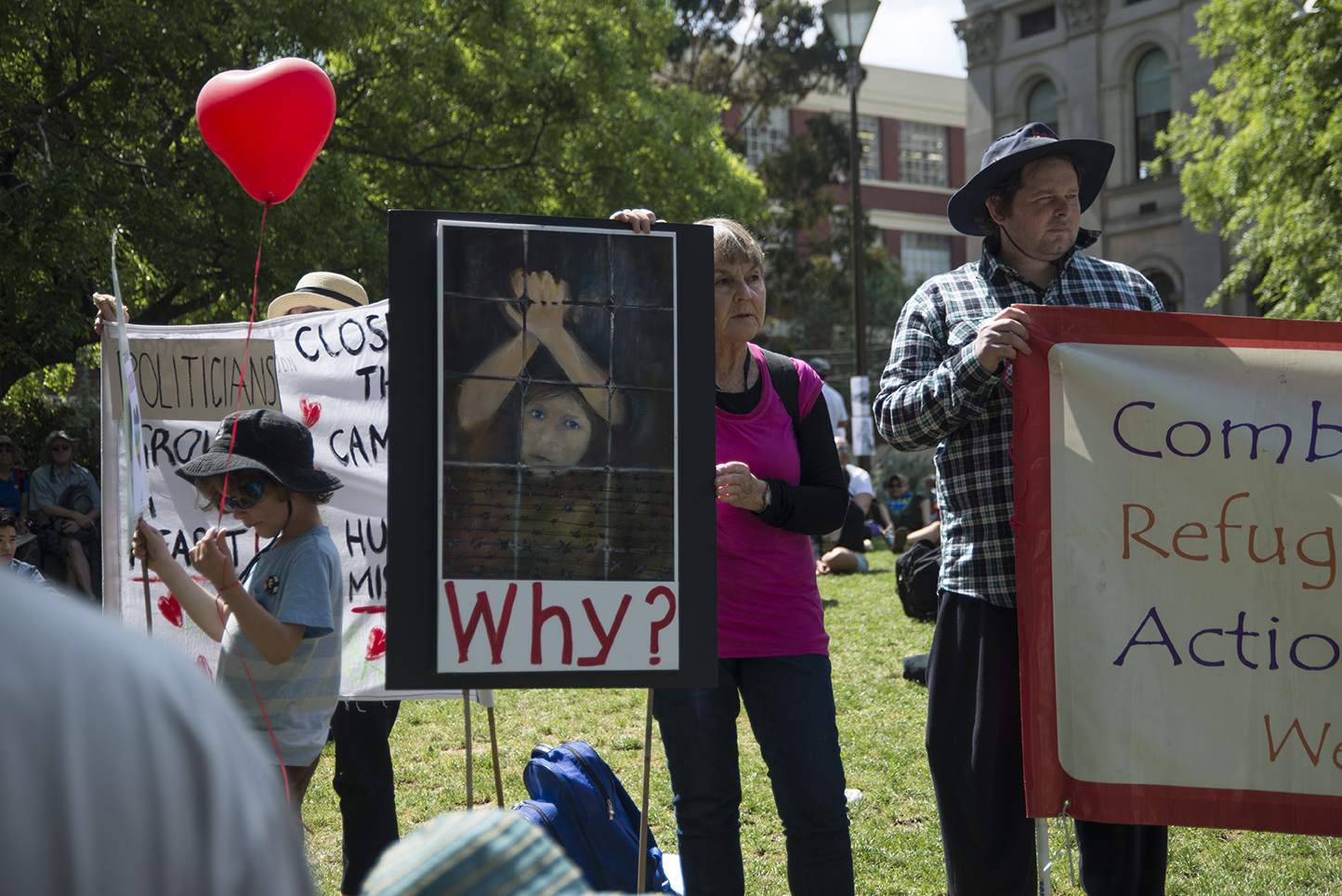 One of the rally’s main focuses was the harmful effects detention centres have on refugees, including suicide attempts, hair loss, and severe depression. 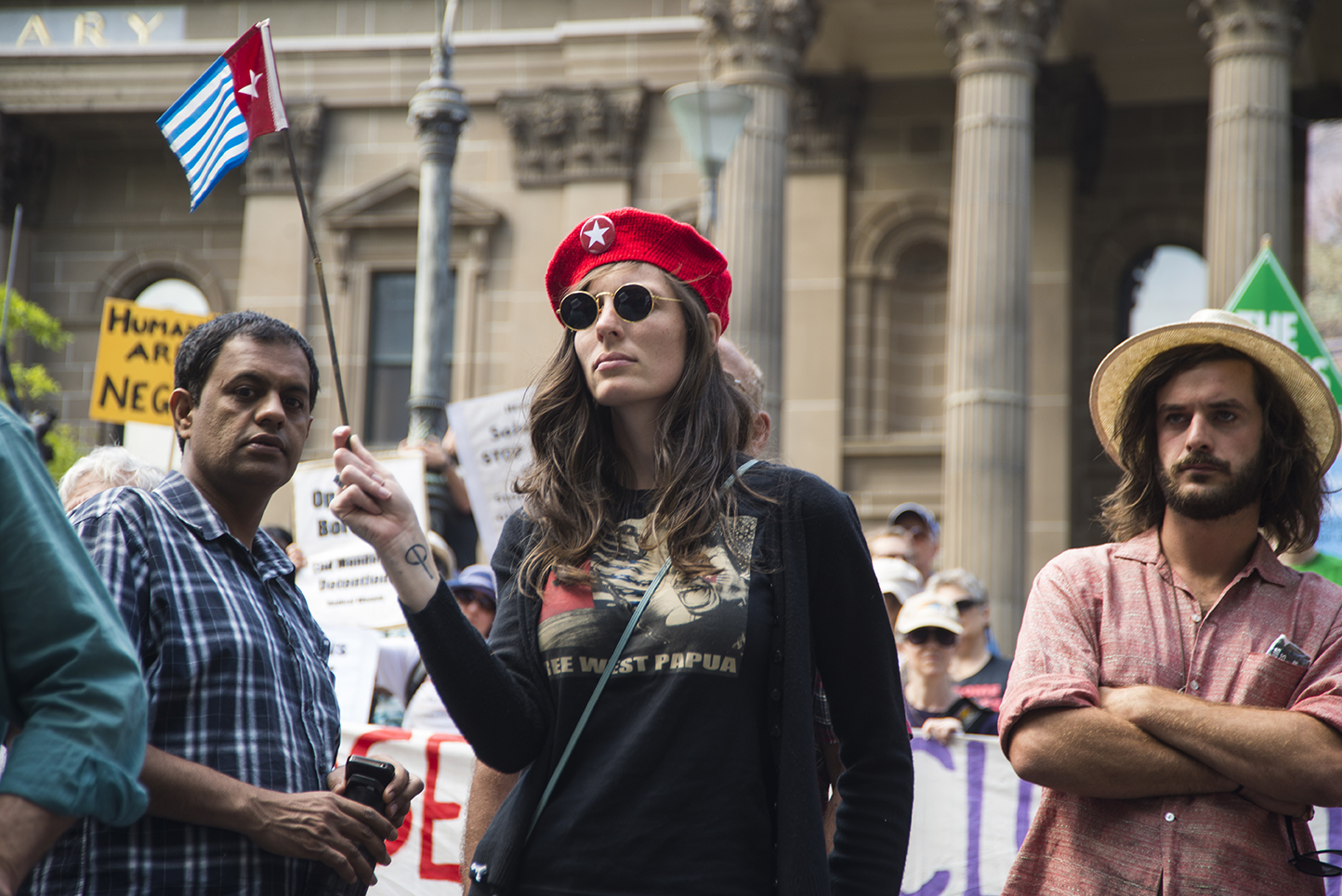 Numerous causes were represented at the rally, with a group from the Australian Free West Papua showing solidarity with Refugee Action Collective. 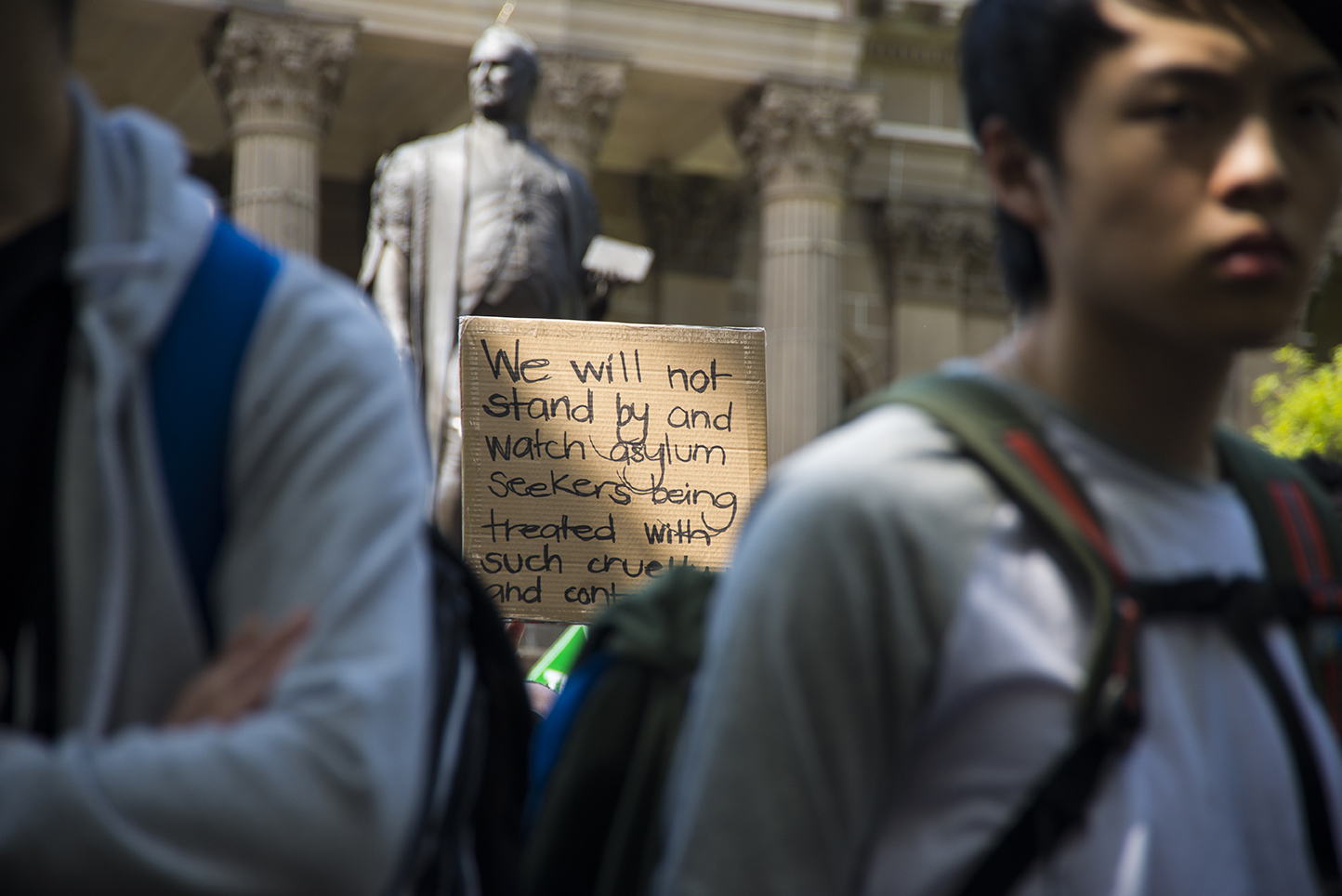 Placard reads: ‘We will not stand by and watch asylum seekers being treated with such cruelty and contempt.’ 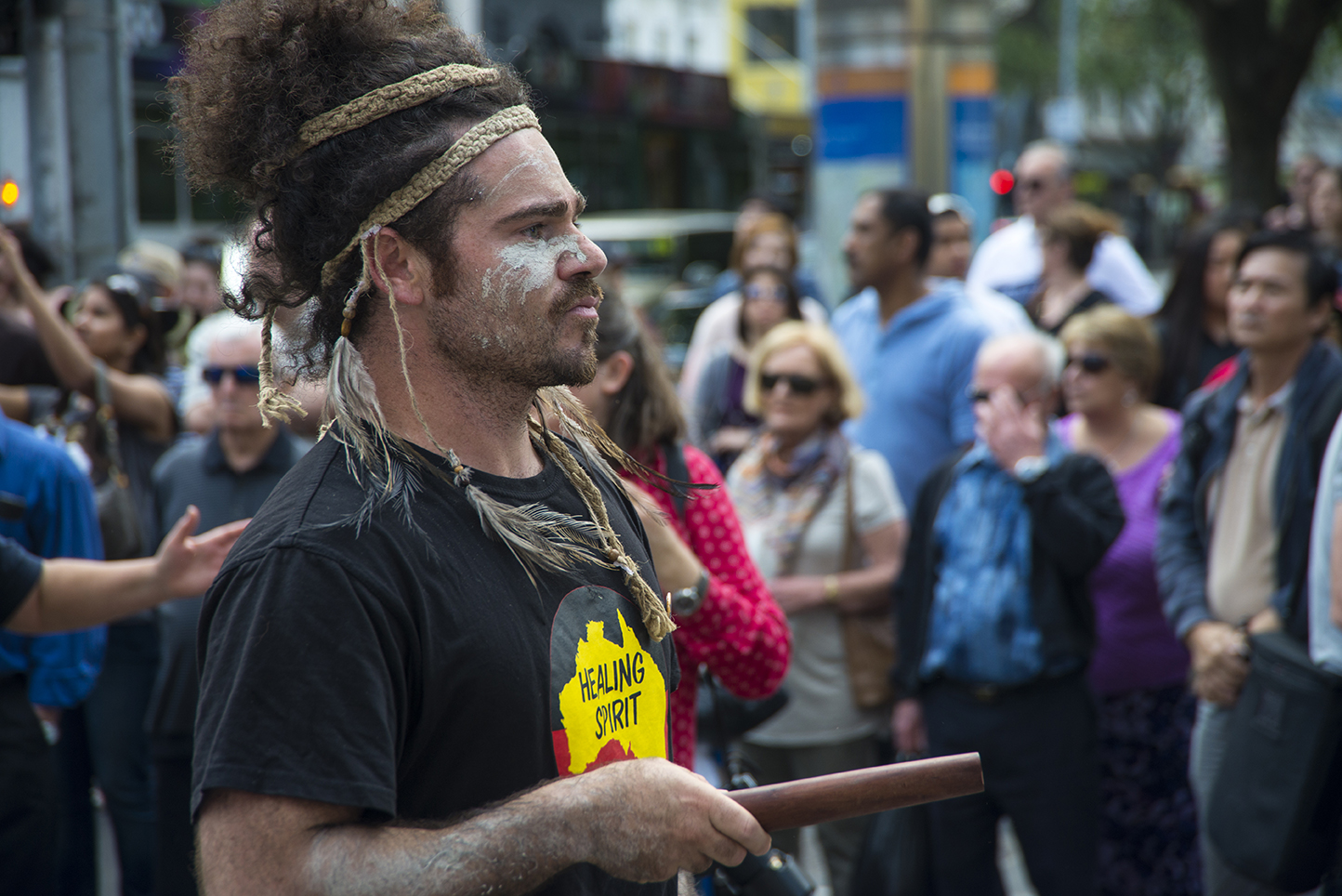 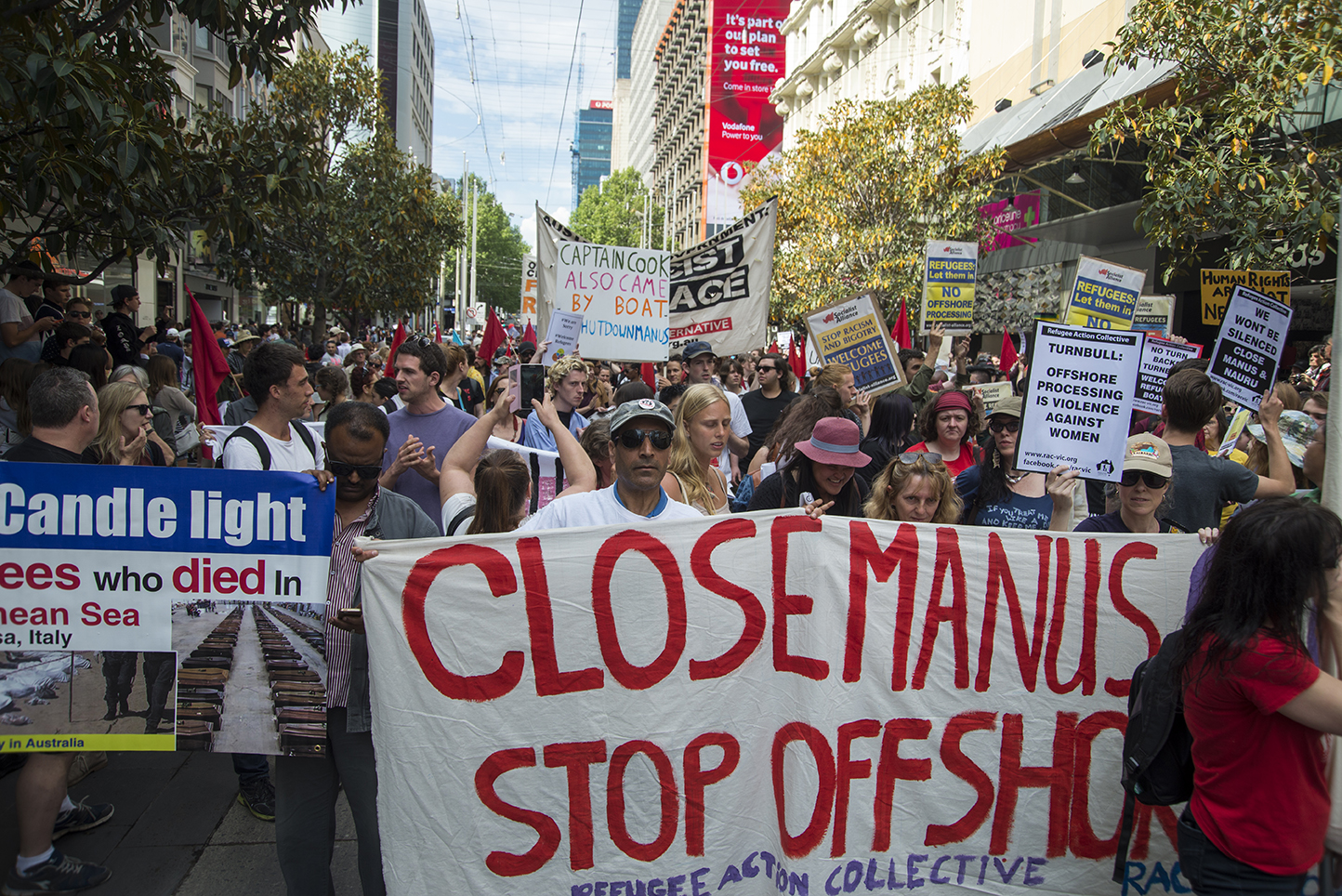 City streets were taken over by up to 2,000 protesters. 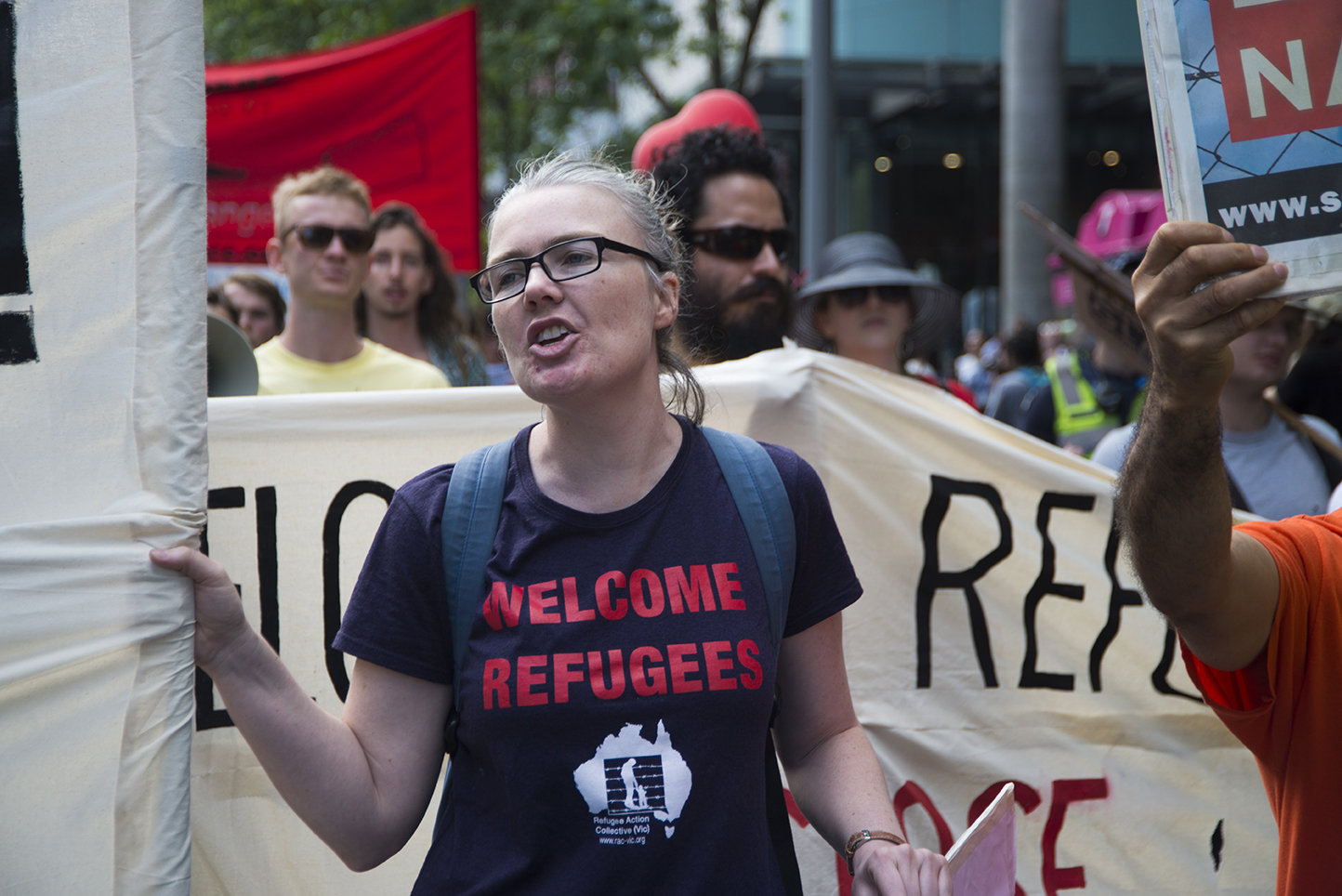 “Say it loud, say it clear, refugees are welcome here,” was chanted by protesters as they walked through the Bourke Street Mall. 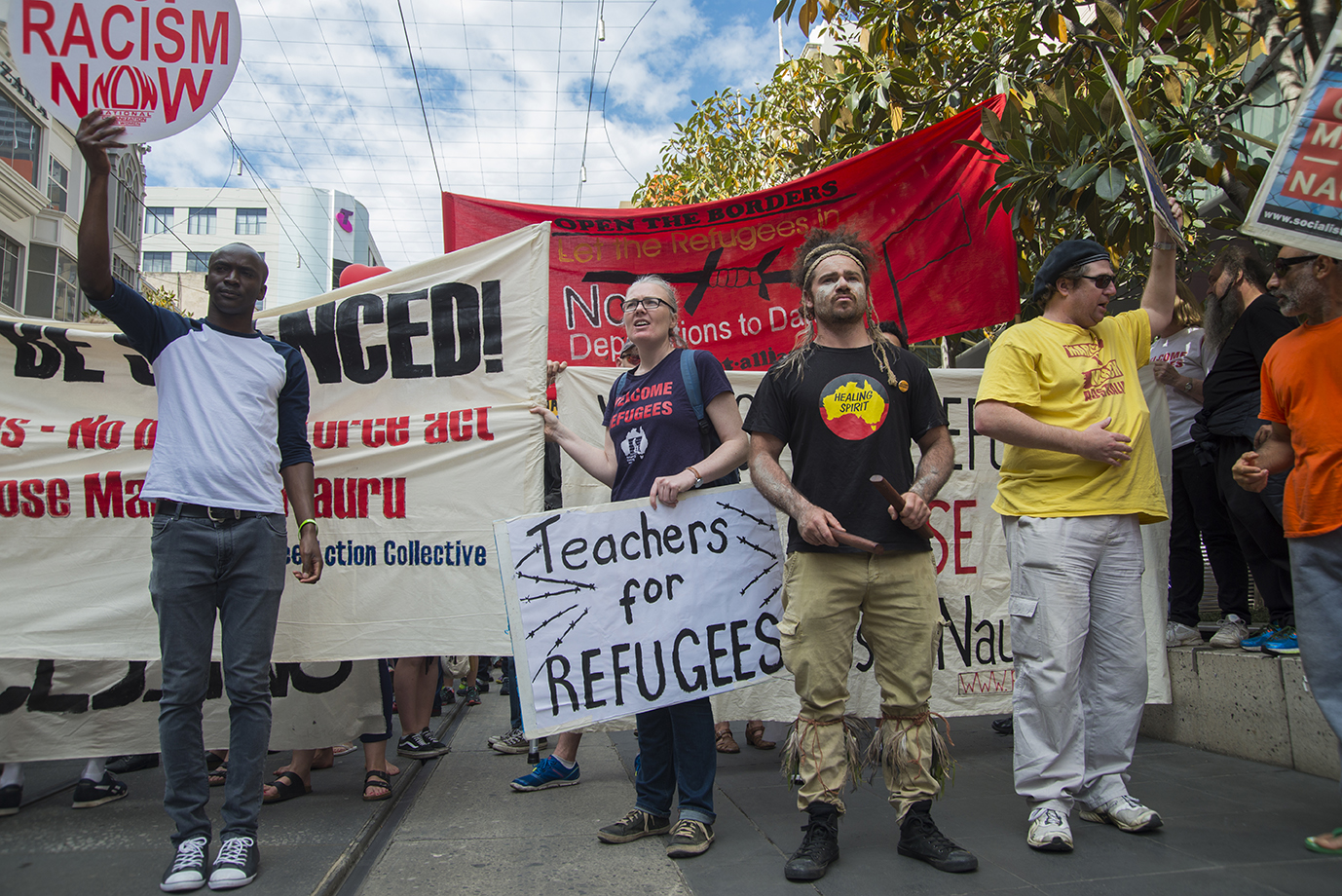 Protesters stopped at the corner of Bourke Street and Elizabeth Street as police cleared traffic and stopped trams. 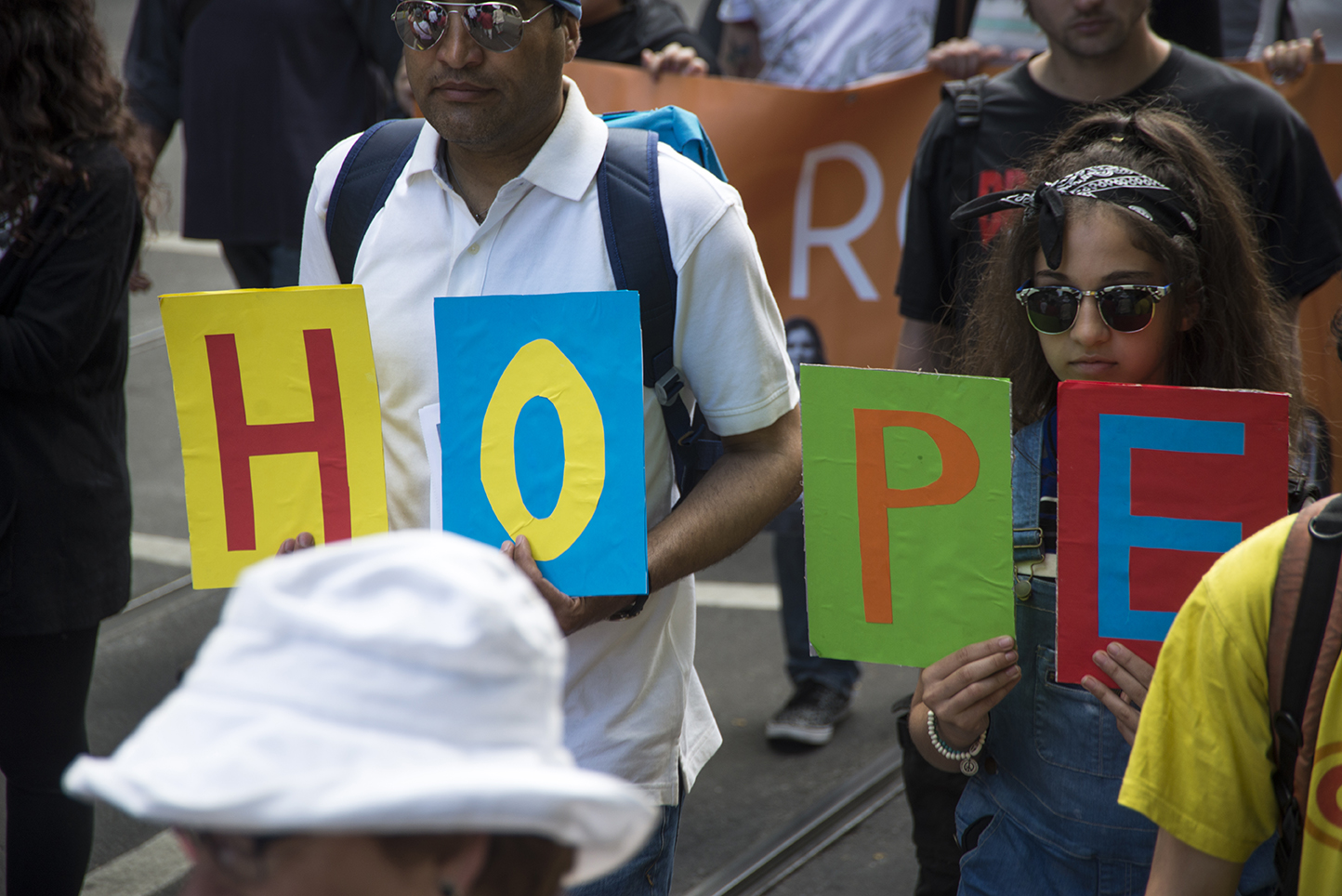 Father and daughter duo participate in the march, along with many other families, holding up the letters for ‘HOPE’. 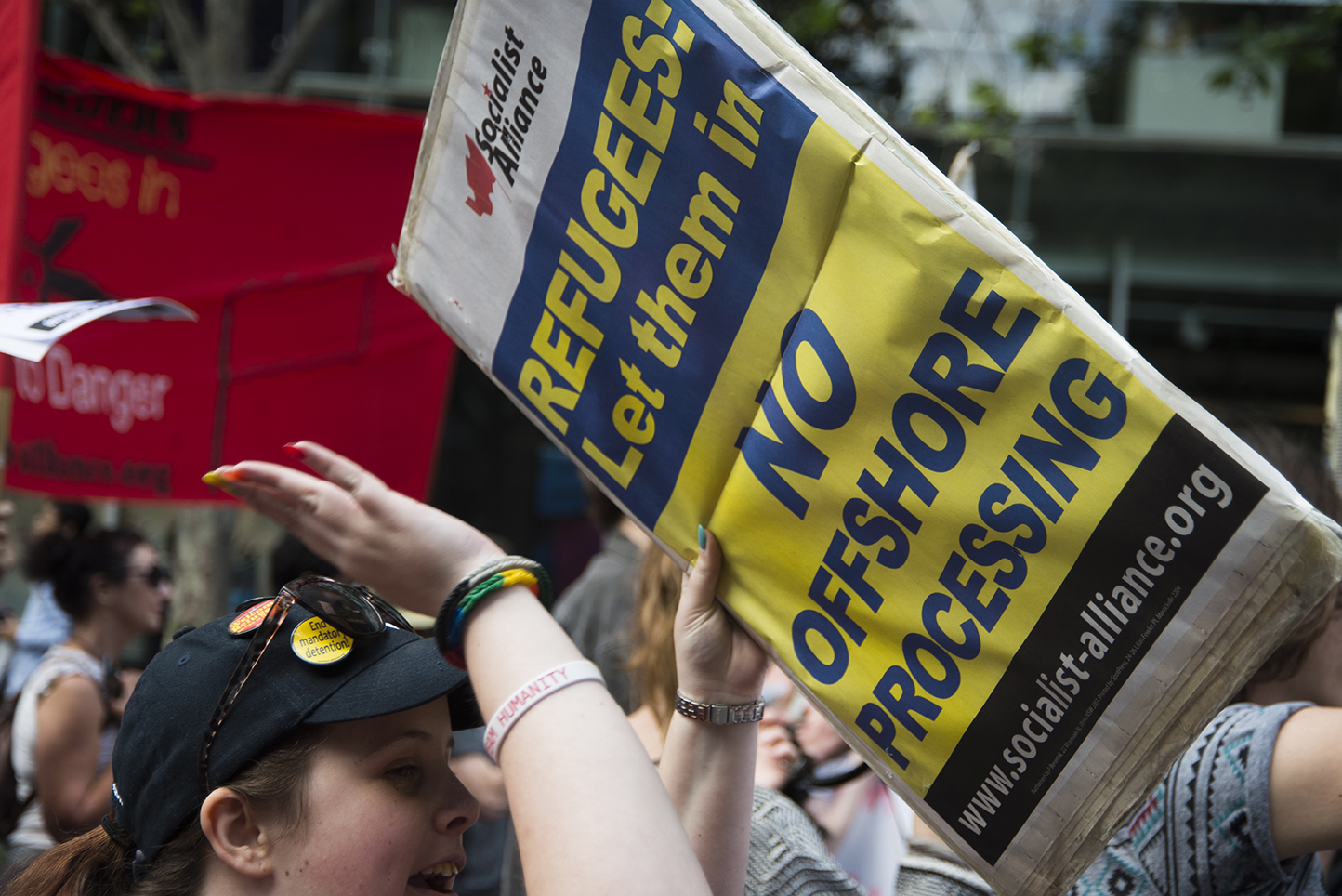 Left wing political group, Socialist Alliance, had a strong presence throughout the rally. Woman bangs on placard while chanting “free, free the refugees”. 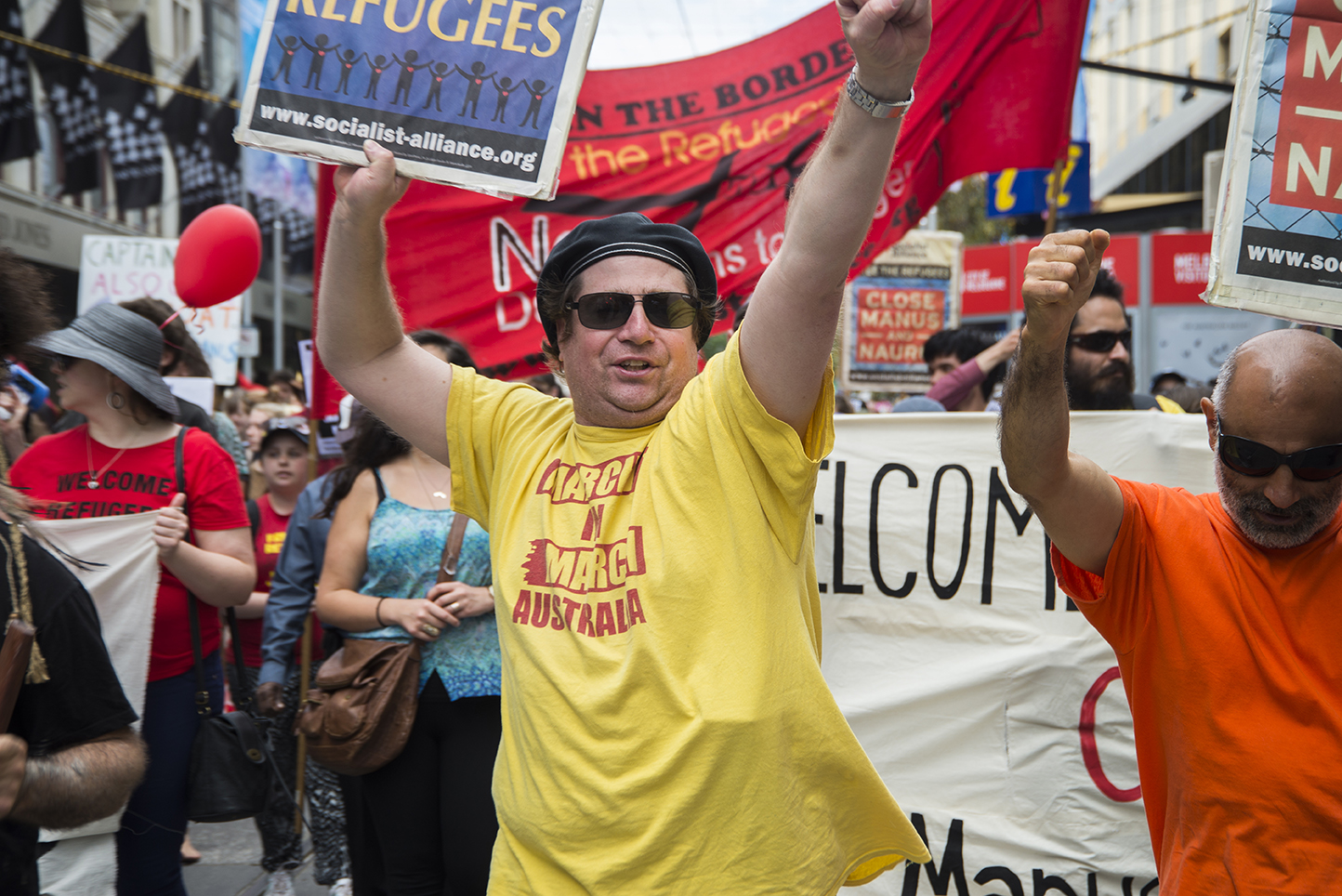 Participants react to the increasing volume of the chanting. 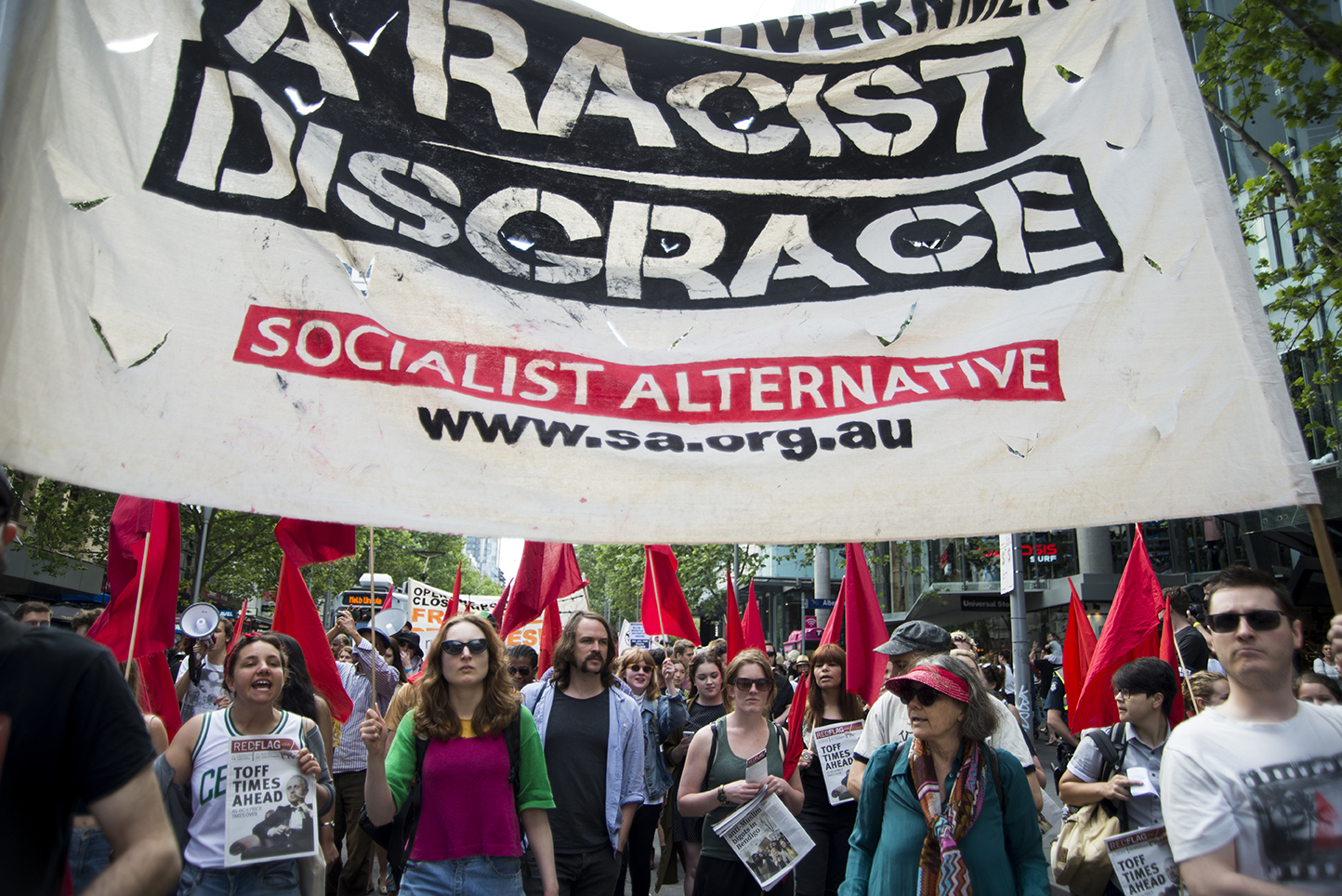 Protesters hold up banners as they walk through city streets. 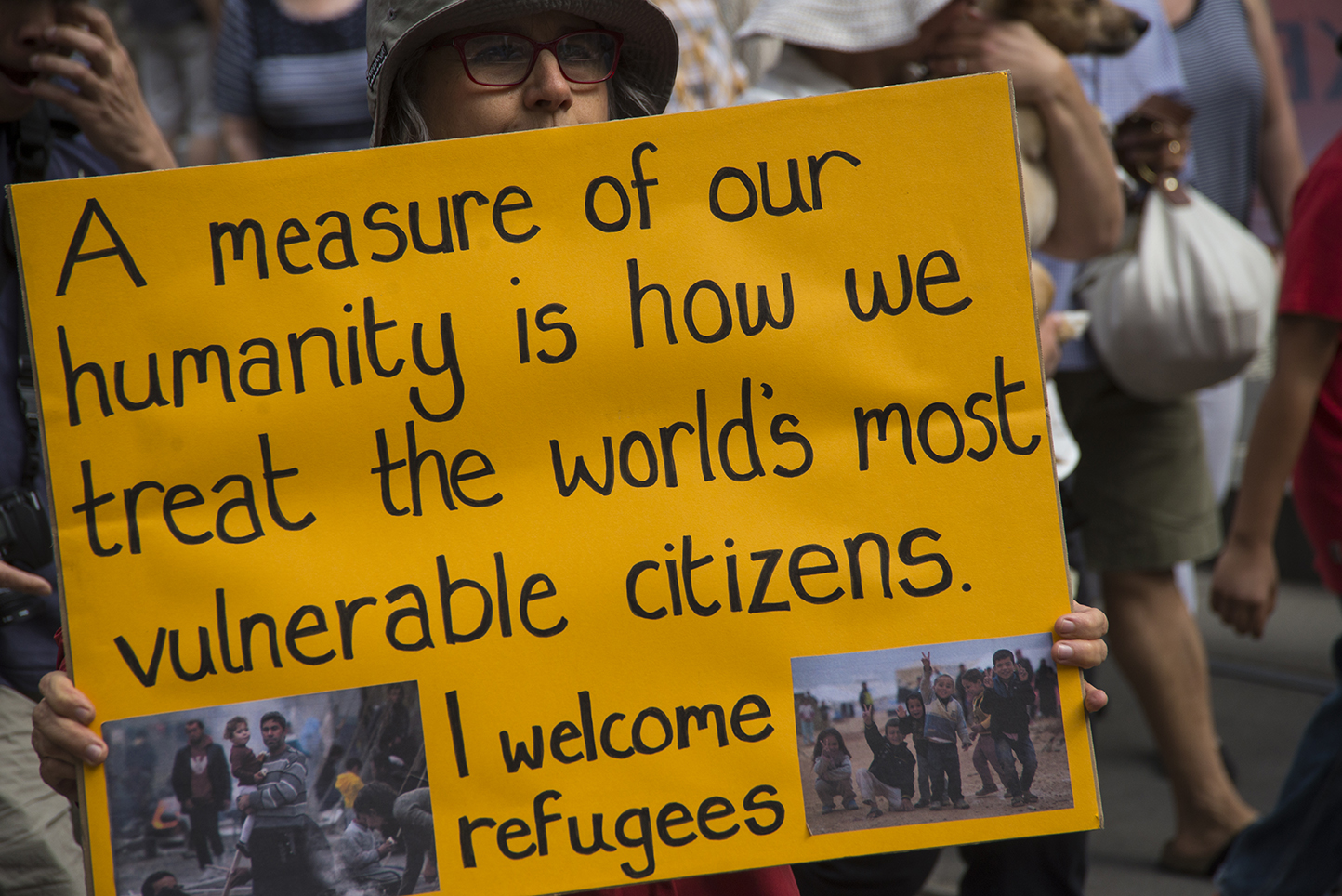 ‘I welcome refugees’ was a common sentiment in the crowd. Participants ranged from the young to the elderly, from professionals to activists.