Hannah Matchett explores the legislative changes the Government is considering to protect workers from underpayment. 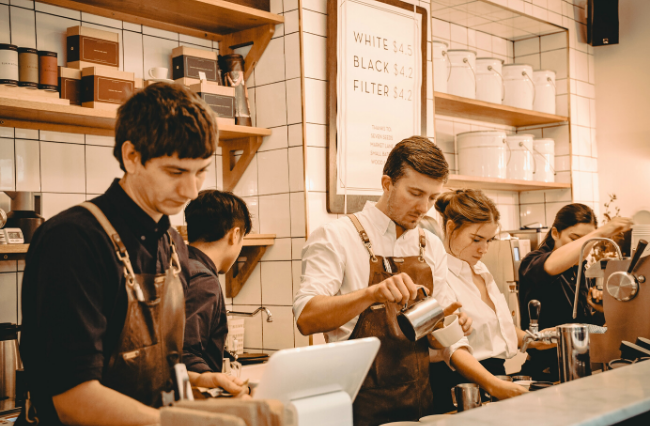 Wage theft is becoming so prevalent in Australian industries that some are deeming it to be its own business model.

According to Maurice Blackburn employment lawyer, Declan Murphy there are industries now in Australia where “the profitability of the industry is predicated on wage theft”.

In the last year or two, a spate of cases have hit the media. Last year, workers at Barry café in Melbourne’s north found their shifts being cancelled on them after they began questioning management about their suspected underpayment. The café was later found to have been underpaying staff by as much as 25 percent. The most high profile case, of course, involved Masterchef judge George Calombaris who was caught out for systematic wage theft across his hospitality chain. Calombaris eventually admitted to underpaying $7.83 million in wages to 515 employees across his hospitality group, Made Establishments.

According to the Fair Work Ombudsman (FWO), the hospitality industry has been the highest-ranked industry group for underpaying wages. Despite making up just 7 percent of the workforce, in 2017-2018 the industry was responsible for 18 percent of workplace disputes, a third of court cases and almost 40 percent of anonymous reports made to the FWO.

“The Fair Work Ombudsman also recovered $4.8 million for workers from fast food, restaurant and café businesses within the same financial year,” a spokesperson for the FWO told upstart.

Most recognisable is the recent payout made by George Calombaris’ hospitality group, MAdE Establishments. In addition to back-paying workers their entitlements, the group was ordered to make a $200,000 contrition payment to the government – a price some have labelled as far too lenient.

The Calombaris incident isn’t a standalone either. A staggering $29.6 million in underpaid wages were recovered for 13,367 workers in 2017-2018 alone, yet the penalties charged across these cases only amounted to $7.2 million. That equates to a fine of just over $530 per underpaid employee.  Considering many of the companies profiting off wage theft are multi-million dollar franchises, $530 per incident is hardly a deterrent. So, could higher penalties be the solution to stopping the problem at its roots?

The Australian Government have said they’re open to exploring tougher sanctions, and have subsequently released discussion papers seeking feedback to help inform the “development of a new offence and penalty regime”.

But perhaps the most controversial change laid out in the paper is the consideration to introduce criminal sanctions, as recommended by the Migrant Workers’ Taskforce, in cases of deliberate and systemic forms of exploitative conduct.

If wage theft were to be treated under criminal law, guilty parties could see themselves facing much harsher penalties than just fines.

So, is the threat of facing jail time and serious criminal penalties the solution to deterring businesses from committing wage theft? Murphy doesn’t believe so.

“I’m just not really convinced that increasing criminal penalties is the silver bullet,” he says.

“I do welcome it; I think it’s a good thing. I think that companies that underpay their workers need to feel some real financial pain, otherwise they’re just not going to stop doing it. But to pretend that that is the totality of the problem is just to delude ourselves.”

The problem with introducing criminal sanctions

Council of Small Businesses Australia boss Peter Strong points to an important distinction that needs to be made when assigning punishment to cases of staff underpayment.

“Criminal penalties have to be for deliberate wage theft,” he told Smart Company.

The idea of accidental versus deliberate staff underpayment is one the Government appears to be considering significantly in their approach to the legislation, with the paper distinguishing between two kinds of categories that perpetrators of wage theft tend to fall into.

The first are employers who have made genuine mistakes when it comes to paying their staff, as a result of misunderstanding complex industrial relations. The second type are employers who utilise a systematic method of underpaying or exploiting workers to their financial advantage.

But Murphy suggests the problems run deeper than accidentally tarring small business with the same brush as large corporations operating on wage theft as a business model. He suggests that finding the correct place to lay the blame can become murky, particularly in the franchise industry.

“One of the difficulties in legislating in this area…is that often the way in which corporations structure their business is such that the corporate entity, which is legally liable for the underpayment, is not the entity which is in practice responsible,” he says.

This became apparent in the 7-Eleven underpayment scandal in which the franchisees were the ones being held accountable for underpaying their workers, despite the franchisors having established a business model that made it impossible for the small businesses to survive without underpaying their staff.

“I’m not suggesting we should absolve the franchisees from responsibility at all, but if you introduce criminal penalties, that doesn’t, at least in that example, address what I think is the fundamental problem,” Murphy says.

“You’ve got an entire business structure that is a) predicated in the theft of wages and b) ultimately structured in a manner that benefits head office but shields head office from legal liability. Increasing the penalties on the franchisee does not address that problem.”

So, if jail time isn’t the answer, what is?

“One of the best defences for any worker against not being provided with their full lawful minimum wages and entitlements is an awareness of what their entitlements are,” a spokesperson for FWO says.

Murphy agrees that educating workers on their rights and giving them greater access to resources is what the government should be focusing on when amending its workplace laws.

Photo by Camille Chen on Unsplash