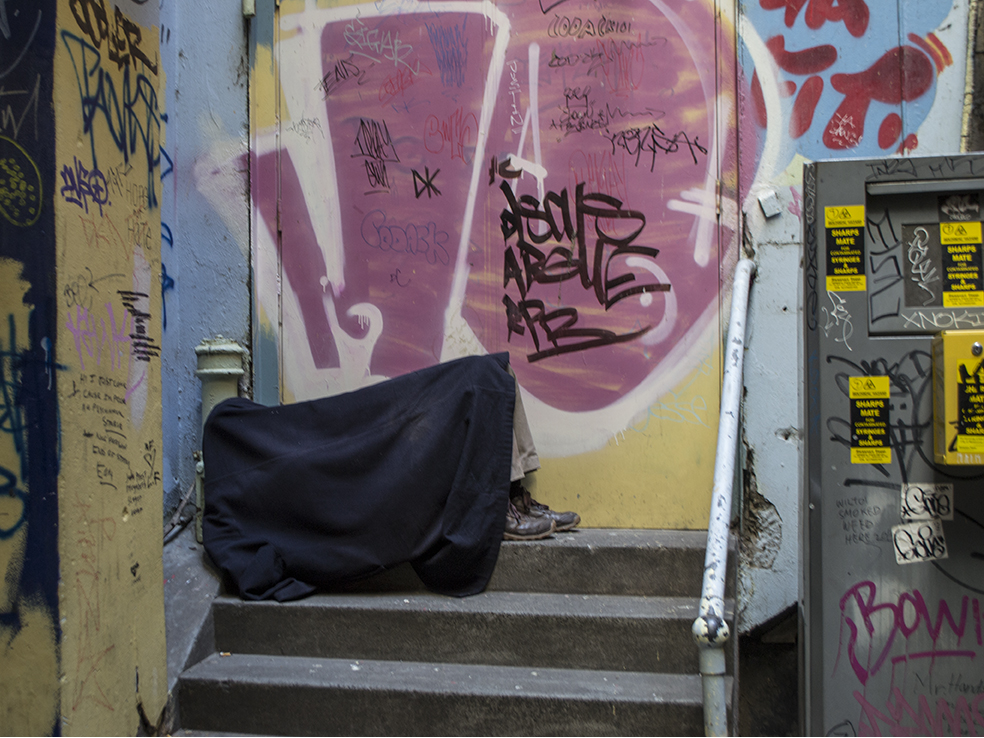 August in the land down under can be a cold time of year with temperatures falling below zero degrees in some parts of the country.

Homelessness Prevention Week (HPW) is an annual initiative that started through community vigils in the month of August to remember those who have died on the streets.

Today HPW is nationwide. It is supported by Homelessness Australia and kept alive by the kindness of the local community through a wide range of projects.

The Sleep In Your Car project, coordinated by Fusion Australia, is a new initiative launched for this year’s HPW.

The initiative aims to raise awareness and remove the stigma associated with homelessness.

Members of the community were invited to spend the night sleeping in their cars. Some adventurous individuals even bunked in donated refrigerator boxes.

Not only did the fundraiser hits its $50,000 target, but it created a space for discussion and education about the variety of circumstances surrounding homelessness.

Cristian travelled from Caroline Springs to Glen Waverley with his two daughters to take part in the sleep out.

“I believe that it’s important to think of the wider community, not just my family and friends, the people who are doing it tough in Australia, and that’s quite a lot of people,” he tells upstart. “This created the opportunity for me to do something and raise money.” 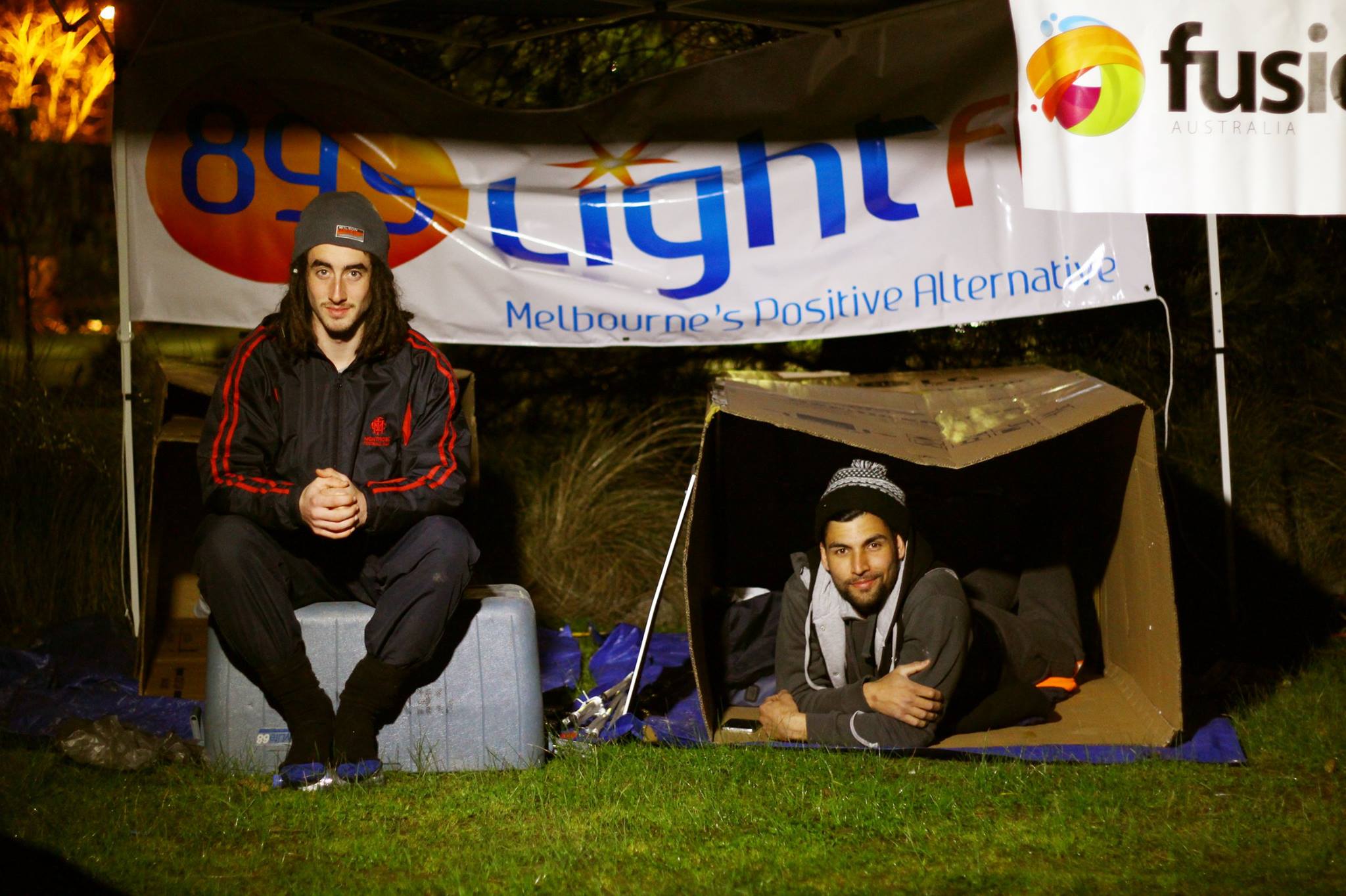 In a similar project, thirteen-year-old Brendan Schultz from St Josephs College in Geelong, is raising awareness by sleeping Anywhere But A Bed. The initiative aims to bring conversation directly to the community.

“I have talked to classmates from my primary school last year and they are really proud of me and are collecting donations for me,” he tells upstart.

“I hope that I can make more people aware of homeless people in our community and think of ways they can help. I want them to appreciate what they have at home.”

Andrew Edgar from Anywhere But A Bed tells upstart about the importance of community participation.

“Homelessness is often misunderstood within the community,” he says.

“Many people do not realise the extent of the problem in Australia and that the majority of people experiencing homelessness are not rough sleeping but instead rely on friends, neighbours, strangers and relatives to provide them with temporary accommodation.”

Edgar says that HPW creates a time and place to discuss homelessness.

“People such as Brendan take their experience of sleeping on the couch and learning about hidden homelessness to their communities via their workplaces, school, friends and relatives,” he says.

“It’s a way of reaching people in the community who may otherwise not know about homelessness in Australia.” 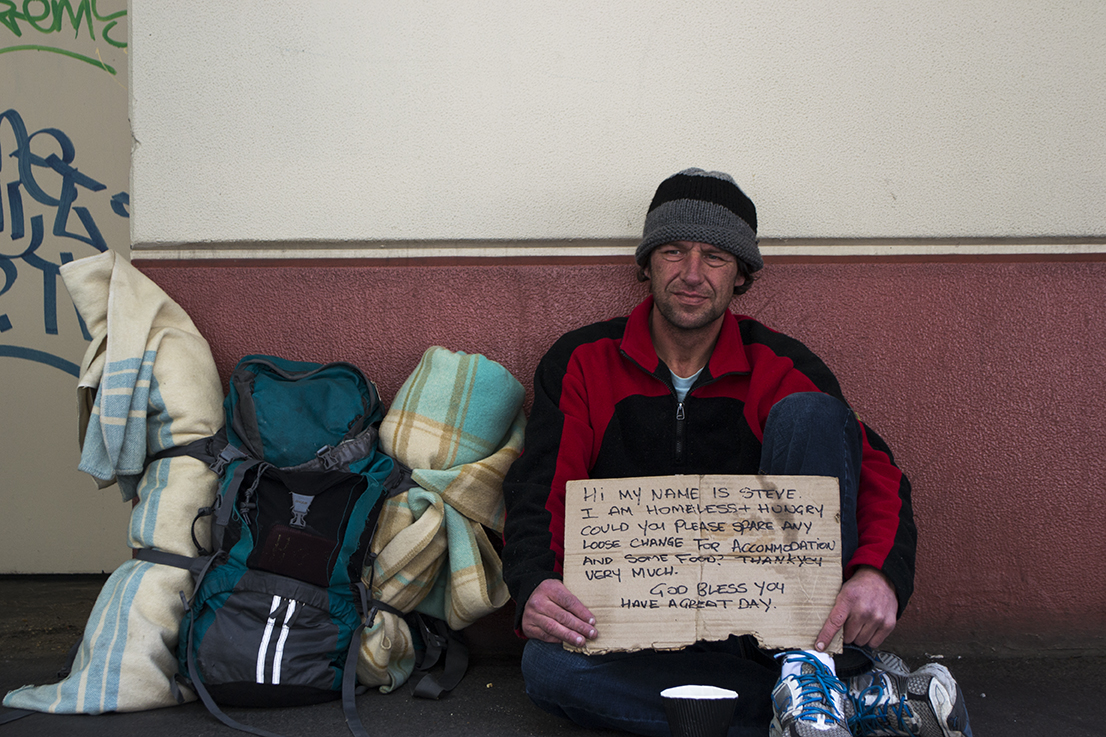 People experiencing homelessness are in need of a wide range of services, some of which are often overlooked.

The Victorian community is working to find new ways to help those in need and social media has proved a valuable tool for change.

The Melbourne Period Project Facebook page has gained over 5,000 likes. The initiative collects donated packs of sanitary items for homeless women, an issue which today remains stigmatised and can be difficult for women to ask for.

The creators behind the Homeless of Melbourne Facebook page, which has amassed a huge 26,000 likes, recently gained national exposure for their pop-up clothing store, HoMie.

The store is located in Melbourne Central and treats their homeless customers as VIPs.

Their newest campaign, launched during HPW, saw posters plastered around Melbourne CBD that encouraged people to take a selfie or a snap, tagging @homie_melb on Instagram.`

Homelessness Australia estimates that at any one given night, 126,000 Australians will experience homelessness.

2.5 million Australians were living below the poverty line in 2012.

Reasons for homelessness vary from domestic violence to mental illness. However, a shortage in affordable public housing is a serious contributor to the staggering number of homeless Australians.

A homeless man in Melbourne’s CBD, who would like to remain anonymous, tells upstart about his daily struggles.

“There are so many places to get a meal [and] to wash up, but there’s no help for housing. I’m on a waiting list with the salvation army,” he says.

The unfortunate reality is that the homeless of Melbourne are likely to be unaffected by HPW in the short term.

“I didn’t even know [HPW] was on,” he says while sitting out the front of Melbourne Central Shopping Hub with his hat out asking for change.

The long-term affect of HPW is the focus, and with community engagement, we are one step closer to bringing about widespread and lasting change. 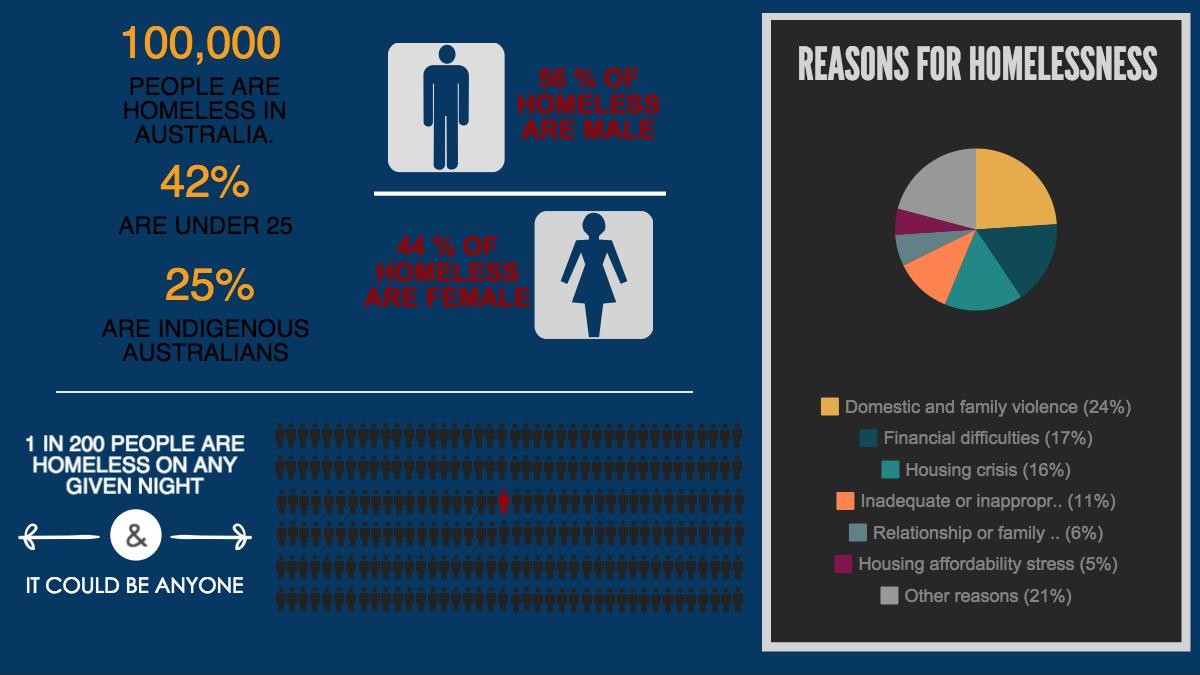