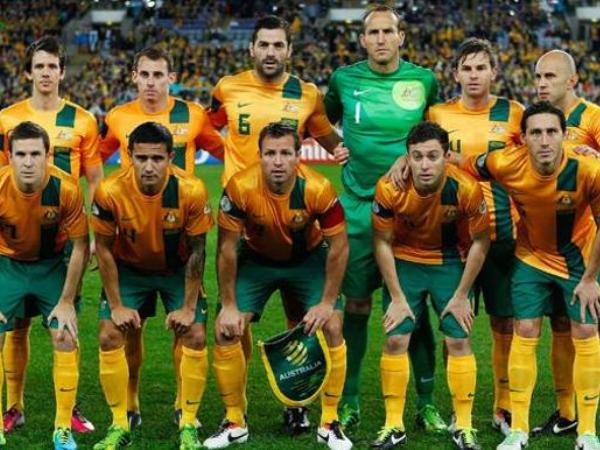 Australia has quickly established themselves as one of the powerhouses of Asian Football and they will want to stay there by getting through the second round of qualifying without too much trouble.

When the draw for the 2018 World Cup qualifying campaign was released, the Socceroos were faced with the logistical nightmare of being up against countries people had never heard of.

That journey on the road to Russia 2018 begins tonight as the Socceroos prepare to face Kyrgyzstan, a team even the Asian Champions know very little about.

The game against Kyrgyzstan provides the Socceroos with their first test against Asian opposition since their triumph in the Asian Cup in January.

This game will mark the first time Ange Postecoglou leads his team into a qualifying campaign for a major tournament following the 2014 World Cup and 2015 Asian Cup, where the team had already qualified.

Key trio Trent Sainsbury, Robbie Kruse and Asian Cup player of the tournament Massimo Luongo will all miss the clash against the 177th ranked footballing minnows as they continue to recover from injury in time for the new club season.

But there won’t be any surprises when the starting XI for the current Asian champions is revealed.

Postecoglou is expected to call upon experienced squad members Alex Wilkinson, James Troisi and either Nathan Burns or Tommy Oar to fill the gaps left in the starting line-up, due to the injuries suffered by defender Sainsbury, winger Kruse and creative midfielder Luongo.

Upfront fans will expect the evergreen Tim Cahill to operate through the middle with Matthew Leckie hot off the heels of a promotion to the Bundesliga, with club side FC Ingolstadt 04 in Germany to be joined in the wide areas by either Burns or Oar.

In midfield, it is expected captain Mile Jedinak and A-League Premiers Melbourne Victory Captain Mark Milligan will occupy the holding positions like the final of the Asian Cup. The number ten role is expected to be handed to Asian Cup hero James Troisi.

In defence, the central pairing is expected to be Matthew Spiranovic and Alex Wilkinson, while the full back positions are still up for grabs, following the emergence of Tarek Elrich and the consistent game time of Aziz Behich compared to lack of playing time for the usual pair of Jason Davidson and Ivan Franjic.

In goals, Matthew Ryan is still the number one keeper and is expected to start this match again ahead of Borussia Dortmund’s Mitch Langerak and Adelaide United Eugene’s Galekovic.

Daniel Da Silva (Perth Glory) and Tomislav Mrcela (NK Lokomotiva Zagreb) are the only uncapped players in the squad for this game, with both not being expected to be handed their first cap in the starting XI for this game.

Mrcela was a surprise inclusion into the squad to replace the injured Sainsbury when Postecoglou announced the squad on May 30. His inclusion undermines Postecoglou’s philosophy that ongoing first team action at club level will be rewarded.

Postecoglou’s side know that the locals will be keen to continue their undefeated start to their World Cup qualifying campaign following a 3-1 win against Bangladesh last week.

Kyrgyzstan’s Anton Zemlianukhin will be looking to carry his hot form into the game with the Socceroos following his brace last week against Bangladesh.

This game offers the chance for the Socceroos to continue their winning ways and put their mark into the second round of qualifying for Russia 2018.

Postecoglou will be demanding his side dominant and demand nothing but the utmost respect for the opposition despite their lower ranking.

The game will be broadcast live on Fox Sports Midnight Tuesday Night as well as on SBS with a one-hour delay.

Brayden May is a Bachelor of Media & Communication student at La Trobe University. You can follow him on Twitter: @Braydenmay