200 firefighters are trying to keep the blaze under control on the Sunshine Coast. 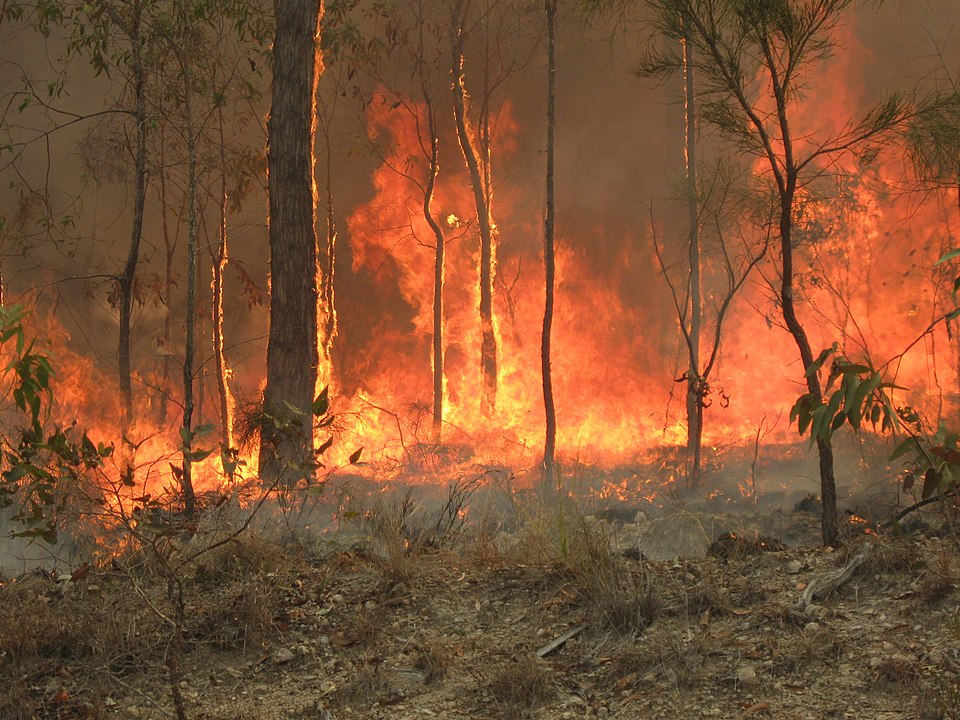 Queensland authorities have said that bushfires tearing through the Sunshine Coast have not settled and are heading towards popular tourist destination Noosa.

An emergency warning which went out on Monday morning is still active, as over 70 fires burn across Queensland, stretching from the southeast corner to the Cairns hinterland.

About 400 people have fled the Sunshine Coast region and the Noosa Shire Council and are being held up in evacuation centres. There is a fear of significant property loss in these areas.

Warnings to leave immediately have been issued to Peregian Beach and Peregian Breeze Estate, while prepare to leave warnings are in place for residents at Weyba, Weyba Downs, Peregian Springs, Castaways Beach and Marcus Beach, all north of the blaze.

According to a news.com.au report at least 10 homes have been lost in Peregian Beach, just north of the Sunshine Coast, with that number expected to rise.

A further 1,000 homes along the coast have experienced power outages after authorities decided to cut supplies, while 12 schools were closed on Tuesday in Queensland’s south.

Footage emerged overnight from inside the disaster zone showing strong winds, making it hard for firefighters to keep the blaze under control.

Today reporters claimed that last night’s conditions were “like it was raining fire.”

Inside the fire zone on the Sunshine Coast. Peregian Beach residents have been ordered to leave immediately. 📸 Stephen Malligan @10NewsFirstQLD pic.twitter.com/3L9tl1jvC6

Sunshine Coast’s acting mayor, Tim Dwyer, was at the fire front on Monday evening and told ABC radio the intensity of the fire was shocking.

“It’s really hard for me to explain it,” he said. “But just the glow of the flames in the sky last night, the smell of the fire, the look of angst on the faces of the people.”

200 firefighters are battling the blaze this morning at Peregian Beach, which is just metres from homes, but they are expecting an improvement in conditions despite the expectation of high winds.

“It’s still very dangerous on the ground,” she told the ABC. “They are doing everything they can to save as much as they can.”

A number of juveniles, including a 12-year-old boy, are allegedly being questioned by police about the fire.

According to Today, there are suspicions that the fire was deliberately lit.

The Peregian Beach Surf & Lifesaving Club said they have been sent a screenshot of a group message where two boys admitted to lighting the fires.

This screenshot, which includes the boy’s names, has been handed over to police.

Photo: Bushfire at Captain Creek central Queensland Australia by 80 trading 24 available HERE and used under a Creative Commons Attribution. The image has not been modified.