After 167 games across three formats, the left-hander will no longer be donning the green and gold. 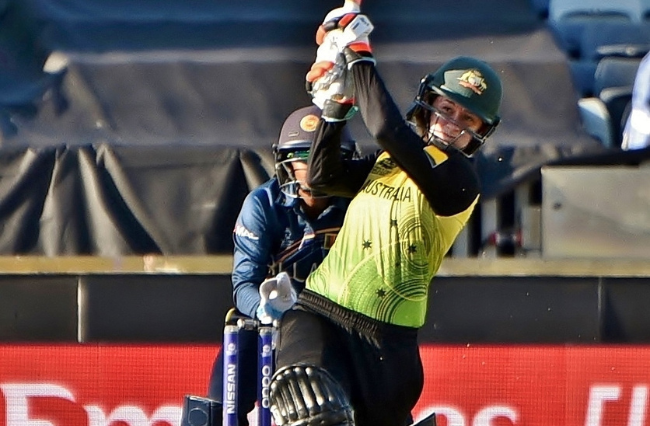 Australian vice-captain Rachael Haynes has announced her retirement from both international and state cricket effective immediately, although the 35-year-old will still play in the WBBL this season.

The top-order batter also claimed three T20 World Cup and two ODI World Cup victories throughout a career that started back in 2009.

Named as stand-in captain for the 2017 World Cup and serving as Meg Lanning’s deputy since that time, Haynes said being a leader within the Australian side was one of her greatest achievements.

“One of the great things about having a long career is watching those around you develop. I’m extremely proud of the way this team has brought players in and nurtured their development,” said Haynes.

“The ability to help players transition smoothly has been instrumental to our team’s success. To be a leader within this environment has been the greatest privilege of my career.”

Haynes expressed her appreciation for her family and friends in her statement on Thursday morning, while she said it was her teammates who kept her at the top of her game throughout the later years of her journey with the national side.

“To all the teammates across my career, you are the reason I’ve played as long as I have. You’ve inspired me to be better every day. I’ve learnt something from all of you, on and off the field,” she said.

“You’ve challenged me as a player, helped me grow as a person and most importantly, made cricket fun.”

After 167 games for the women’s national side – six Tests, 77 ODIs, and 84 T20s – Haynes will have only her matches with the Sydney Thunder to worry about this season.

Cricket Australia chief executive Nick Hockley praised Haynes for her contributions to the game and said he hoped she would stay involved for many years to come.

“Rachael has been an inspirational figure for kids coming into the game and to her many teammates, and has played an integral part in the advancement of cricket as a sport for women and girls, both here in Australia and around the world,” he said.

”We look forward to watching Rachael in the WBBL this season and hope she maintains a close connection to the game in coming years.”

Haynes’ departure from the Aussie team continues a string of senior personnel moving on, with coach Matthew Mott taking up a role with England’s men’s side earlier this year, while Meg Lanning announced she would be stepping away from the game indefinitely in August.

PHOTO: Rachel Haynes by Bahnfrend is available HERE and used under a creative commons license.